Insight Kids brings the quality and values exemplified by its parent imprint to children’s publishing. High-caliber children’s authors coupled with shining stars in art and design come together to inspire and delight children of all ages. Much like Insight Editions, Insight Kids publishes children’s books tied to iconic artists, brands, and events that are instantly recognizable around the globe.

Insight Kids sent over a couple of titles from their catalogue for us to check out, including Hector, The Littlest Giant, Whose Nest?, and Whose Egg?  I was really impressed by the overall quality of each book.  Read on for the individual reviews. 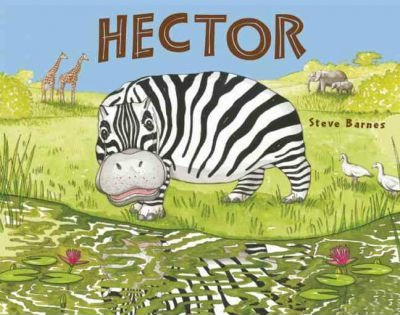 Hector by Steve Barnes.  Meet “zebrapotamus” Hector. He’s not like the other hippos in the jungle. His unusual black-and-white striped skin makes him the target of hurtful teasing from the other hippos on the riverbank. But when a chance encounter opens Hector’s eyes to true friendship, he begins to appreciate qualities of character he never knew he had. And when dangerous circumstances put him to the test, he proves just how powerful kindness can be.Beautifully illustrated in rich watercolors, this poignant story underscores the values of forgiveness and respect for differences, and the need to see beyond external appearances-important messages for young minds growing up in a globally aware era.

Written in rhyme, with colourful watercolour and ink illustrations of the Jungle and its inhabitants, Hector is sure to be a new favourite tale.  The story shows the power of kindness over meanness and that what is on the inside is what really counts.  This is a wonderful title that tackles bullying,  dealing with differences and finally being true to yourself relevant to all ages. 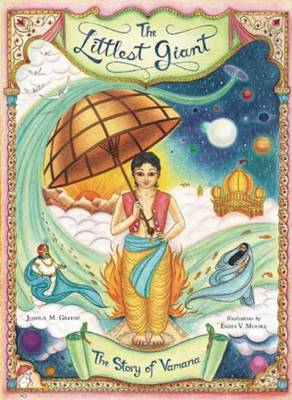 The Littlest Giant: The Story of Vamana by Joshua Green.  King Bali is not a bad soul; he’s just ambitious. He wants big things! As a consequence, he doesn’t have friends. What he does have is an evil adviser named Shukra, who is even more ambitious than the king. When King Bali is visited by a tiny sage, Shukra is suspicious and warns the king to stay away. In this retelling of an ancient story from the Sanskrit histories, King Bali learns that big things can come in small packages-and that sometimes a small courtesy can bring big rewards.

This book is an adaption of the Indian classic “Ten Avatars”, featuring gorgeous full-bleed illustrations with vibrant colours aimed at children 4 and up.  This is a great way to introduce another culture to a young reader and inspire a spark of curiosity.  It doesn’t hurt that the tale carries with it wisdom and a great lesson. 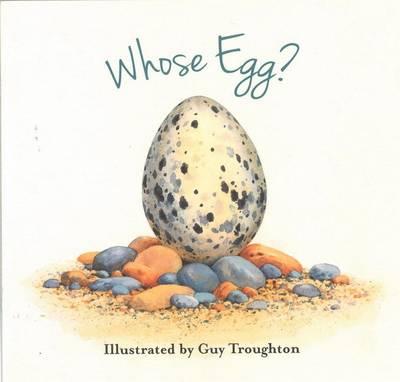 Whose Egg? by Linnette Evans, Illustrated by Guy Troughton.  Whose Nest? is a great way to challenge your own knowledge and that of your friends and family!  Does the egg lying in the golden sand belong to a penguin or a turtle, a snake or a butterfly? Use what you already know about animals and their environments along with the illustrative evidence that Guy Troughton provides to sleuth around and predict which animal will hatch from which egg.

Let Whose Egg? aid the imagination in visualizing everything from emerald green eggs to those that house “scaly claws” and “snapping jaws.” Kids will love opening up the flaps and discovering what type of animal belongs to each egg. 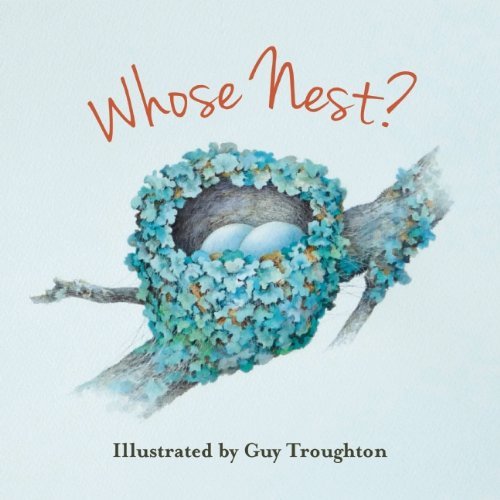 Whose Nest? by Victoria Cochrane, Illustrated by Guy Troughton.   For preschoolers and beginning readers, Whose Nest? is a beautiful illustrated introduction to nests of all descriptions and their inhabitants. It might be a tree frog or a gecko, a dormouse or a rabbit, a duckling or an eagle!
Can you guess whose nest? Take a peek into the nest and look at the clues that surround it-a feather, a footprint, a tasty food morsel-and guess whose nest. Then turn the page to find out who really lives there.

In Whose Nest? and Whose Egg? the reader is given a riddle regarding the pictured nest, written in the animal’s own voice.  Each riddle ends with “Who am I?” and “Whose nest?” or “Whose Egg?”.  Parting the double flap in “Whose nest?” reveals one of eight animals who range from a Dormouse to a Hummingbird.  In “Whose Egg?” the reveal features another eight animals ranging from an Emu to a Turtle.

The illustrations in both books are gorgeous and accurate looking close-ups of the animal within its environment.  If you look closer each “clue” illustration features a hidden “Easter Egg”, such as the glimpse of a tail, feet or other visual clues.

Disclosure:  I received the above mentioned products in order to facilitate this review.  All thoughts and opinions are honest and my own.

Having a hectic day, sit down with the kids and read a book, it lightens the load and brings a smile to your child's face

I love reading to my grandchildren, what a nice selection of books

I just read your review of Hector the Hippo from Insight Kid's books. I think their quality is very high is this book is one to judge the others by. Thank you and \I will be looking forward to purchasing books from Insight.

Oh wow, those illustrations are beautiful!