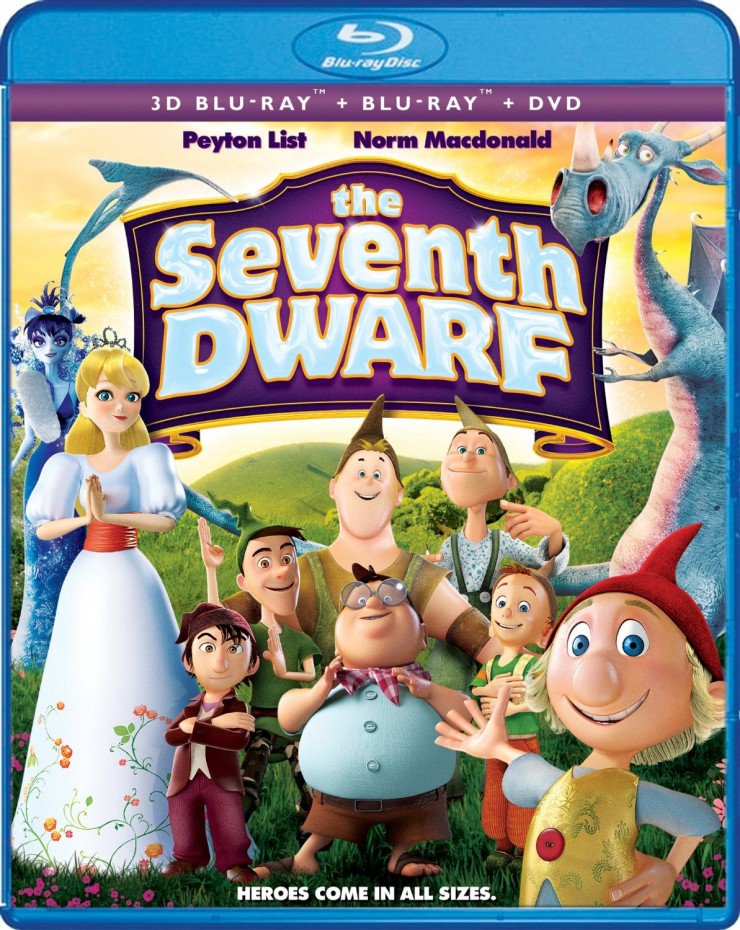 IN STORES EVERYWHERE ON AUGUST 18, 2015 FROM SHOUT! FACTORY
This summer, venture into the wondrous world of Fantabularasa Castle and be spellbound by the exciting adventures of your favorite storybook characters in The Seventh Dwarf.  With an exceptional voice cast of Peyton List (Disney Channel series Jessie and Diary of a Wimpy Kid), Norm MacDonald (The Middle, Saturday Night Live), internationally renowned singer and actress Nina Hagen and newcomer Joshua Graham, this new CG-animated motion picture is a hilarious mash-up of the best classic fairytales, packed with favorite storybook characters,  non-stop laughs and toe-tapping songs!  Directed by Harald Siepermann (Tarzan,Enchanted) and Boris Aljinovic, The Seventh Dwarf is a wonderfully magical movie adventure for the whole family.
On August 18, 2015, Shout! Factory is proud to present The Seventh Dwarf on two-disc Blu-ray™ 3D Combo Pack and on DVD.  The Blu-ray 3D Combo Pack allows viewers to enjoy The Seventh Dwarf on the platform of their choice and includes spectacular movie presentation on Blu-ray 3D and 2D, DVD and a digital copy of the movie.  Enhancing both editions of the film are sing-alongs, character profiles and a downloadable Royal Birthday invitation as bonus features.
Join all seven dwarfs for an adventure as big as they are small! It’s the eve of Princess Rose’s 18th birthday. Everyone in the kingdom has come to Fantabularasa Castle to celebrate including Snow White, the Seven Dwarfs, Cinderella and Red Riding Hood. But just before the stroke of midnight Bobo, the youngest dwarf, accidentally pricks the finger of Princess Rose (a.k.a. Sleeping Beauty) with a cursed needle and sends the kingdom into a century-long slumber! To find Rose’s true love Jack to save her with a kiss, Bobo and the other six dwarfs must go on a treacherous journey, face a fiery dragon and outwit the jealous, scheming and evil witch, Dellamorta!
Special features include:
·      Character Profiles
·      Sing-Alongs
·      Downloadable Royal Birthday Invitation 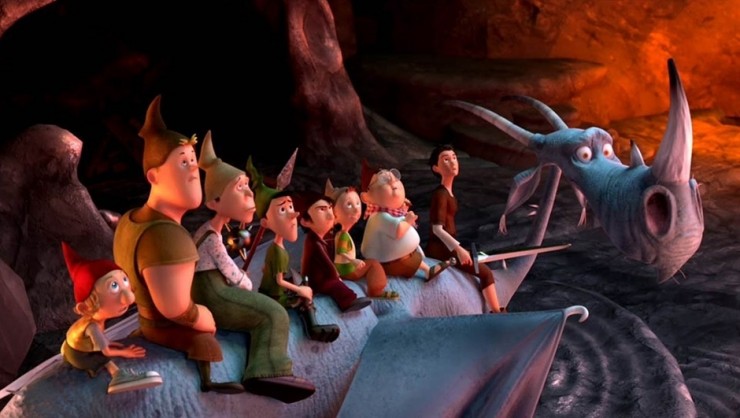 I watched this title with Keira, my 3 year old and regretted not watching it ahead of time myself to check it out to make sure it was age appropriate.  So up front.  This is not appropriate for younger children in my opinion.  Keira was scared by several scenes (a skeleton, a frightening dragon and even a dragon that tries to commit suicide).
There were also artistic choices that I feel were poorly made for a movie aimed at children.  I was also pretty disappointed to see that female characters were either evil or vapid.
.
Add to the mix the poor animation quality and you have a movie worthy of the bottom of the bargain bin.
While Keira did enjoy one song on the DVD, it unfortunately that was not enough to turn around our experience and make it worth a replay.
Disclosure: I received a copy of the above mentioned DVD in order to facilitate this review.  All thoughts and opinions are honest and my own.

What a great review! I really want to see this movie. I love how there's different spins on stories we grew up with when we were little.

Looking forward to watching this with my girl!

Thanks for the review, sounds like I won't be rushing out to pick it up.