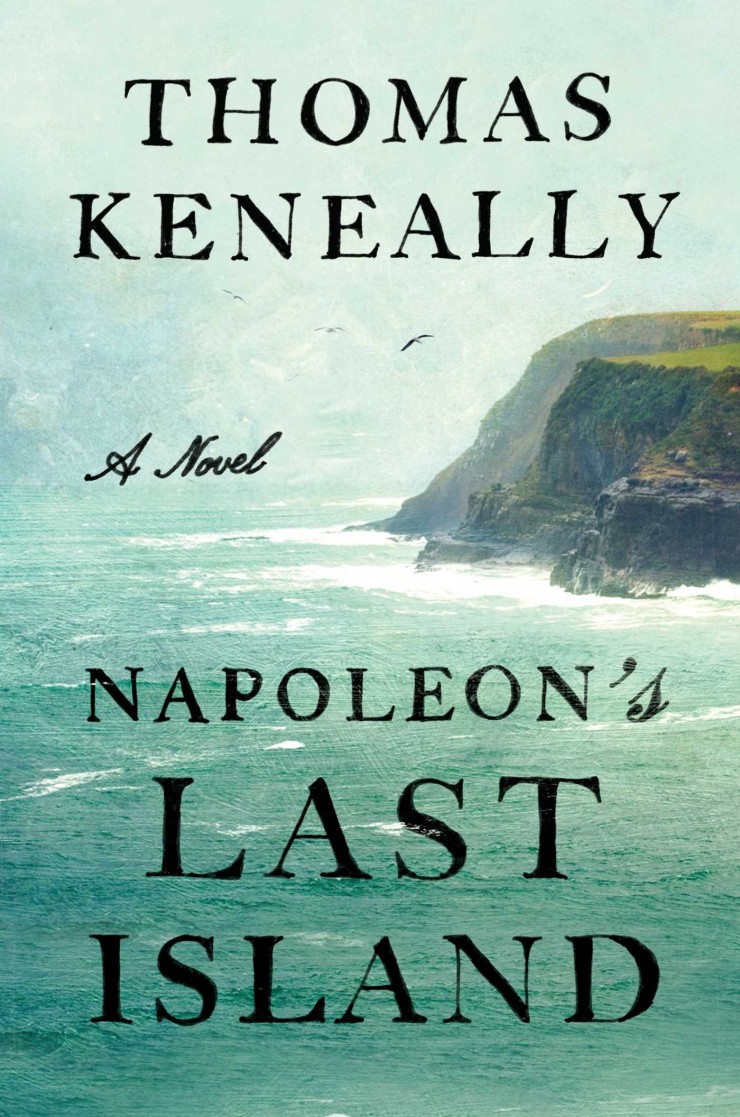 From the bestselling author of Schindler’s List and The Daughters of Mars, a new historical novel set on the remote island of Saint Helena about the remarkable friendship between a young woman and one of history’s most intriguing figures, Napoleon Bonaparte, during the final years of his life in exile.

In October 1815, after losing the Battle of Waterloo, Napoleon Bonaparte was banished to the island of Saint Helena. There, in one of the most remote places on earth, he lived out the final six years of his life. On this lonely island with no chance of escape, he found an unexpected ally: a spirited British girl named Betsy Balcombe who lived on the island with her family. While Napoleon waited for his own accommodations to be built, the Balcombe family played host to the infamous exile, a decision that would have devastating consequences for them all.

In Napoleon’s Last Island, “master of character development and period detail” (Kirkus Reviews) Thomas Keneally recreates Betsy’s powerful and complex friendship with the man dubbed The Great Ogre, her enmities and alliances with his remaining courtiers, and her dramatic coming-of-age. Bringing a shadowy period of history to life with a brilliant attention to detail, Keneally tells the untold story of one of Europe’s most enigmatic, charismatic, and important figures, and the ordinary British family who dared to forge a connection with him.

When I first picked up Napoleon’s Last Island I had expected this novel to focus almost completely on Napoleon. I was wrong, but I am pleased by how wrong I was. The novel is told through the point of view of Betsy Balcombe from start to finish. Seeing Napoleon through Betsy’s eyes really made for a fascinating look at Napoleon and I thought it was a truly compelling read.

Betsy, without a doubt, is an interesting character that I found relateable as she very much reminded me of my teen years and through her we discover that Napoleon is a complex man who can be fun, caring and rather likeable.

The story itself is well written, interesting, and full of period details but near the end we come across some information that ventures into the ridiculous. I don’t want to spoil the details but that portion of the story really detracted from this story.

Overall, an enjoyable book, especially if you enjoy historical reads or have an interest in Napoleon.

Thanks for the wonderful review,this sounds like an enjoyable read !

I really enjoy historical novels, this sounds like another good one for my list. Thanks for the good review :-)