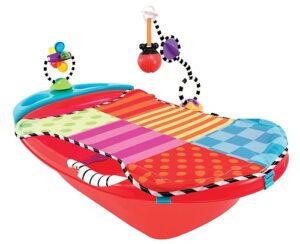 Both girls love bath time but there are times when I kind of hate it.  The old tub we had featured a pretty small sitting area which usually meant Keira would be trying to stand up and play and Ava would be slipping around off the small newborn seat (or more aptly.. ledge).  It could get stressful, and I think we can all agree that stress should never be a part of bath-time!

I was sent a Sassy Inspire the Senses Discovery Bathtub to check out and it has been a real saviour.  The Bathtub features a large basin, 5 developmental toys, a rinse cup, a machine washable newborn sling, storage tray and a drain plug.

I was immediately struck by the bold colours and patterns which is obviously something that will capture the interest of even the youngest baby.  How smart!

I also noted that the tub is extremely lightweight but also quite sturdy.  What really sold me though was the size of the basin itself as that was the biggest problem I had experienced with the original tub we had. 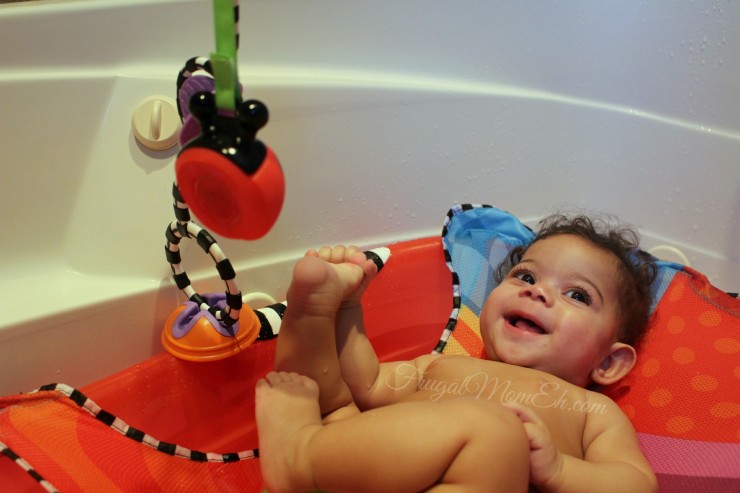 The tub is meant for newborns up to the age of two, however I have been using it with Keira who is now 2 and a half as well as with 6 month old Ava. I had Keira still using the old tub, mostly because I hate how much water it takes to fill the real tub.  What a waste! It was honestly too small for her though, and has been for months despite it also being meant for up to two years.  With the Sassy Inspire the Senses Discovery Bathtub though she is happy to sit down in the tub and play as there is plenty of room for her to sit down and even move around freely.  No more standing up and other dangerous behaviour.  No more stress!

Since Ava isn’t yet sitting up we have been using the newborn sling which attaches quickly and easily to the tub.  It really holds her in well, and my mother remarked that it makes bath-time “hands free”.  With our old tub you had to keep a hand on her at all times, but with this tub I feel more comfortable with just letting her lay there and play while I get down to business. 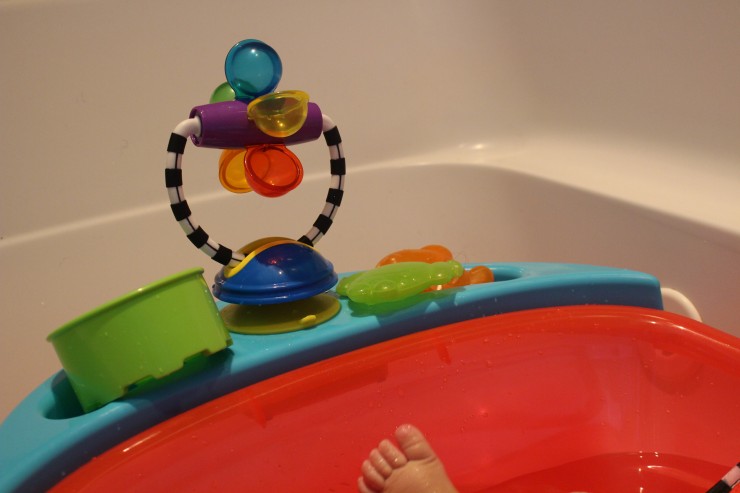 Speaking of playing, the tub does include five toys:  the classic Sassy Spin and Spill toy, 3 character squirters and a toybar with light up lady bug toy.

It’s safe to say that the old tub has gone into retirement and we have definitely traded up.  Everything about bathtime is so much easier now, and everyone enjoys bathtime again! 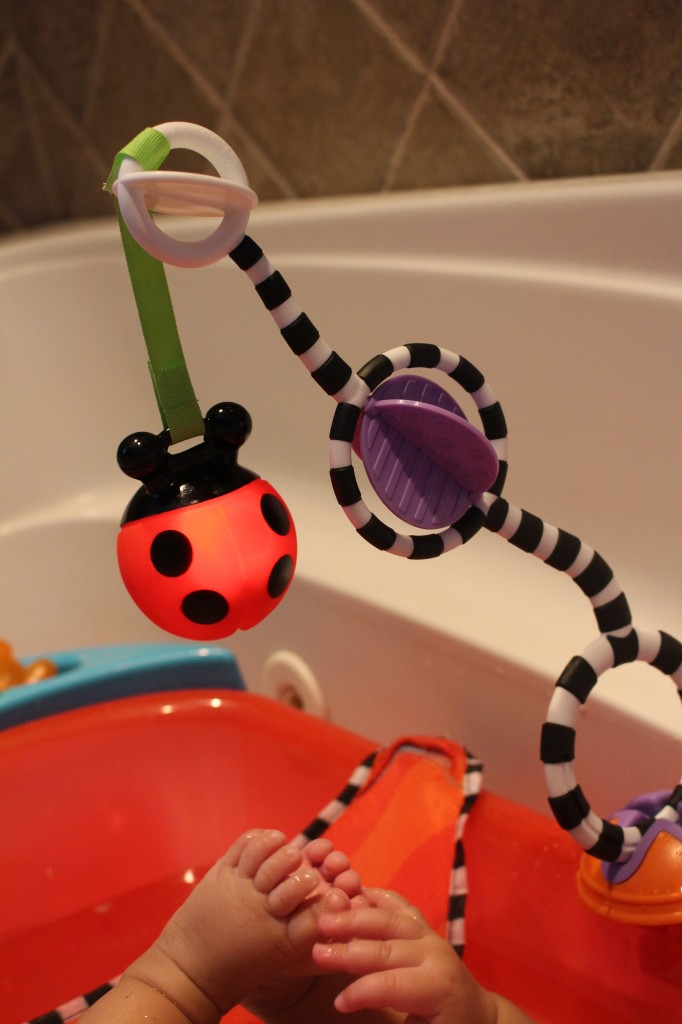 The Sassy Inspire the Senses Discovery Bathtub is available to purchase from Babies “R” Us.

When will the winner be announced?

Lightweight and seems easy to clean!

I love that it is very safe & all the bright colours as well as it makes bath time fun!

I love that it leaves you hands free.... okay the squirters would get me too. :)