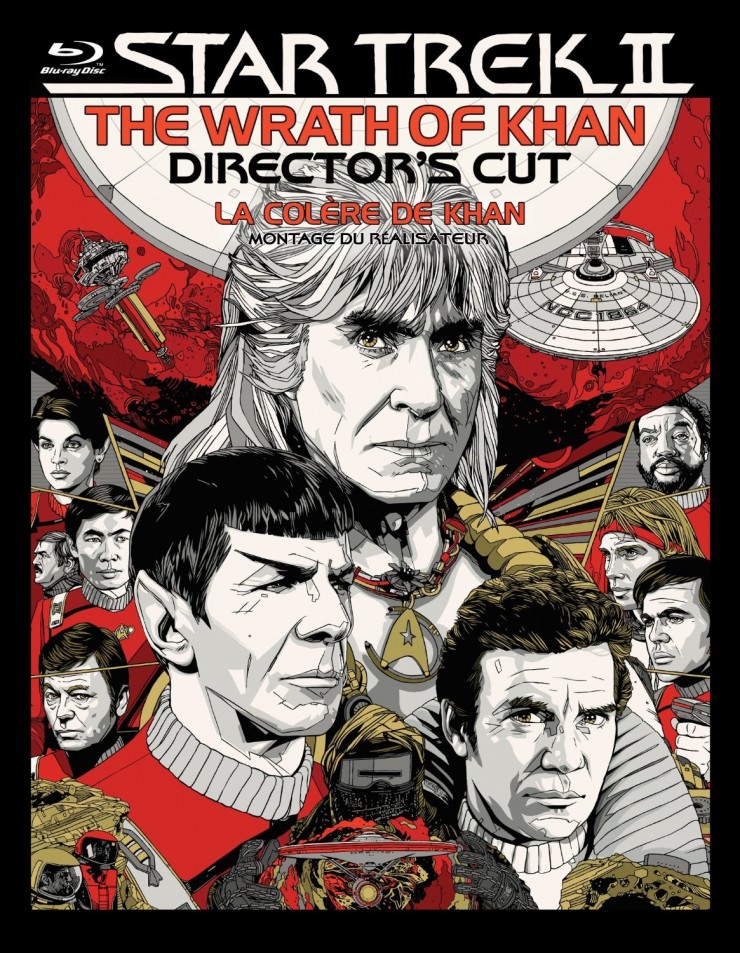 The Director’s Edition has been remastered in high definition with brilliant picture quality and presented on Blu-ray for the first time with two hours of special features, plus a brand new 29-minute documentary.  Captain Kirk’s Starfleet career enters a new chapter as a result of his most vengeful nemesis: Khan Noonien Singh, the genetically enhanced conqueror from late 20th-century Earth. Escaping his forgotten prison, Khan sets his sights on both capturing Project Genesis, a device of god-like power, and the utter destruction of Kirk.

I grew up watching the original Star Trek series, and although I was born in the same year The Wrath of Khan saw it’s theatrical debut, I’ve watched it many times over. It is without a doubt, the best of the Star Trek movies, and at the time had managed to breathe fresh life into the series.

This classic film has been digitally remastered in high definition with brilliant picture quality and will be presented in both the Director’s Edition and the original theatrical version. As mentioned, the Blu-ray also includes a brand-new  documentary entitled “The Genesis Effect: Engineering The Wrath of Khan,” which details the development and production of this film including archival footage, photos and new interviews.

The Wrath of Khan has seen a previous blu-ray release (theatrical version, the directors cut has only previously been released on DVD)  but in a set along with the other original series movies and the quality of the remastering is superior in this new release.

Spock’s infamous death scene has never looked so good. Fans who haven’t yet upgraded to a high-def version of Star Trek II will find this new release a great excuse to do so.

I love Star Trek 4ever

Oh my, this is the perfect gift for my grandchildren, I'm sure they'd love this.

I know some big boys who would love this !!!