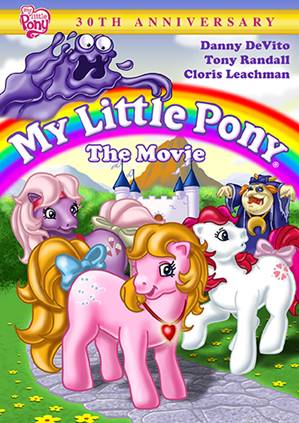 I have some exciting news for anyone who grew up in the 80s and loved My Little Pony!   My Little Pony: The Movie is coming to DVD on January 27, 2015 in the U.S. and Canada from Shout! Kids in collaboration with Hasbro Studios.  The animated film has been newly restored, making Ponyland look brighter than ever!

The first day of Spring is on its way and the Little Ponies are preparing for it with a big festival. But all the fun may come to an end if the witch Hydia has her way! Can the Ponies defeat Hydia and her evil daughters, Reeka and Draggle? More importantly, can they save Ponyland from the witches’ concoction, the strange purple goo called Smooze, that’s threatening to bury the whole town?

Growing up I was in love with everything My Little Pony, I had an amazing collection of ponies I wish I still had!   The Pony’s have changed in Equestria Girls: Rainbow Rocks (just a little!) from the original series but still features fun story lines and great messages about friendship and teamwork. 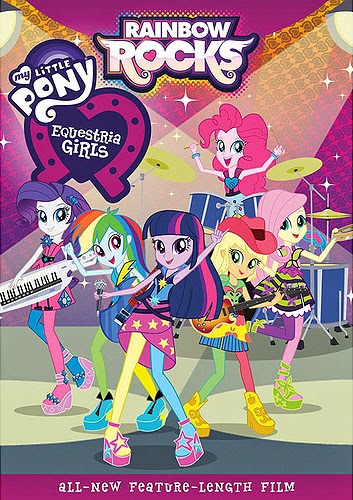 My Little Pony Equestria Girls: Rainbow Rocks finds Canterlot High (CHS) hosting a musical showcase, and Rainbow Dash, Applejack, Pinkie Pie, Rarity, and Fluttershy are going to be performing with their new band, The Rainbooms. But when The Dazzlings, a new girl group, arrive at CHS and convince everyone to turn the friendly showcase into a Battle of the Bands, tensions mount between the competing musical acts. A now-reformed Sunset Shimmer realizes that the Dazzlings may not be ordinary girls and are after something far more sinister than just being named Best Band at Canterlot High. The Rainbooms call on Princess Twilight to restore harmony to their world to help them perform a musical counter-spell so that they can win a battle that now determines the fate of the entire school!

Check out the trailer:

Rainbow Dash is my nieces favorite. :)

I love Fluttershy and Rainbow Dash.

Her favorite is rainbow Dash. Thanks!