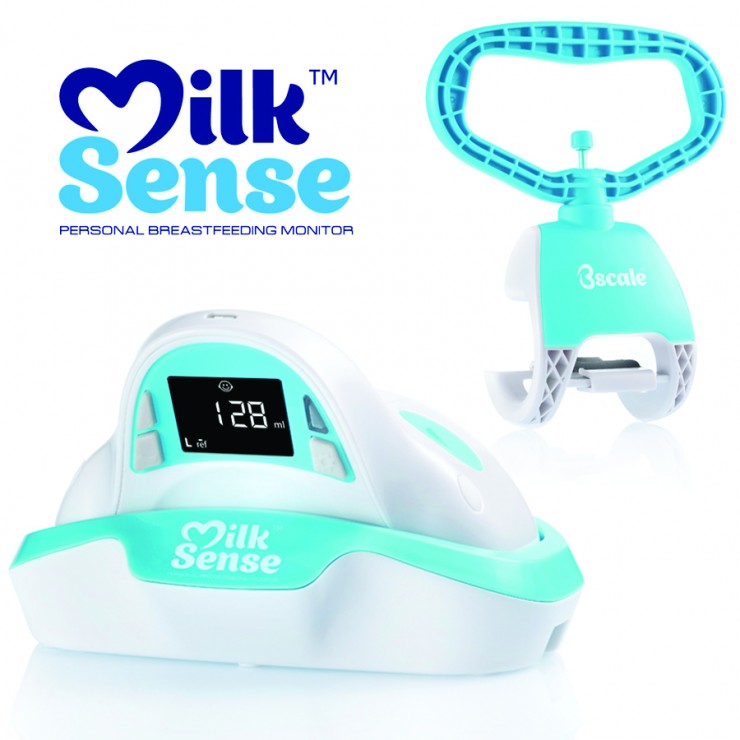 I have to admit that prior to actually getting pregnant I totally thought I would formula feed.  Convinced actually.  I was formula fed and I turned out just fine as my mother enjoys telling me… all the time.  Also, as you know, breastfeeding is weird and definitely only for hippies.  When I found out I was pregnant with Keira I started reading everything I could about pregnancy and babies.  Well except for the parts about labour (I don’t need to know about that for months, why scare myself?) and the parts about premature labour (that could never happen to me!).  What I did read, however, changed my mind about breastfeeding to the point where I was adamant I would breastfeed no matter what because I wanted my baby to have only the very best right from the start.

Of course things don’t always go as planned and I found myself in premature labour because of my membranes rupturing (why didn’t I read about it!) at 28+5 weeks and giving birth to a 3 lb baby girl only 29+2 weeks along.  Suddenly my plans for breastfeeding got complicated.  You can’t breastfeed a 29 week old baby.  Not only are they impossibly tiny at that gestation but they don’t know how to suck yet.  Just like they don’t know how to maintain other necessary body functions like breathing, regulating heart rate and body temperatures. 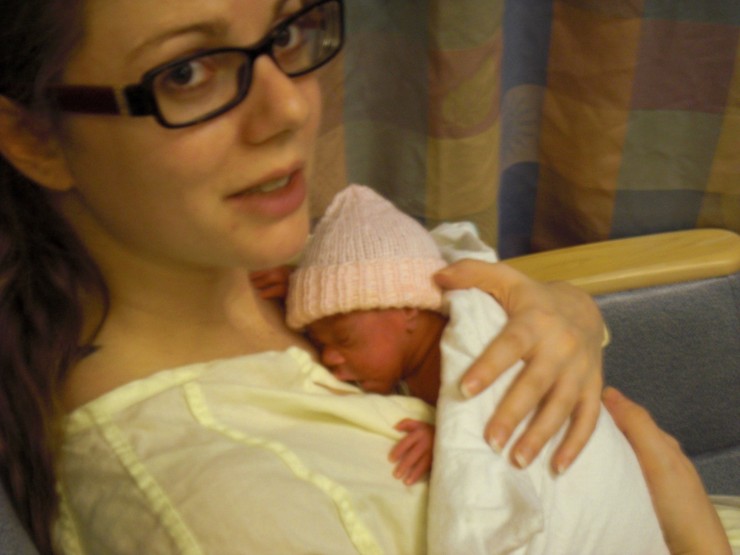 Thankfully I was encouraged and assisted by a wonderful team of nurses on the high risk maternity ward to bring my milk in by pumping every 2 hours day and night.  At first I was only producing enough colostrum to wet the bottom of the bottles but thankfully tiny babies only need the tiniest amounts of milk.  Then after a couple days of hard work and perseverance I was rewarded with impressive amounts of milk.   This was only the start and it would still be several more days before I would even be allowed to hold her for the first time.

After a month of pumping dutifully on a schedule, I was finally allowed to try and breastfeed her.  It was frustrating and I wanted to just give up because it wasn’t working.  She was too small and weak.  She would get down half an ounce and fall asleep.  I felt like I just couldn’t do it.  Then it happened.  She grabbed at me and started nursing away like a champ, staring up at me with big wet eyes.  Suddenly it was all worth it.

Not long after she was continuing to gain weight and able to exclusively breastfeed after a trial sleep over in a private hospital room.  She came home with us … finally.  54 days after she was born.  54 days and nights of pumping milk.    Our relationship with the hospital didn’t stop there though.  We still had to go back to a breastfeeding clinic daily for another week to ensure she was still gaining weight and that she was getting enough milk from me.  This was among all the other doctor appointments I found myself constantly shuttling her around to.  It was exhausting to say the least.

I can only imagine the relief I would have felt if I could have just monitored her milk intake from home without having to make daily trips to the hospital. 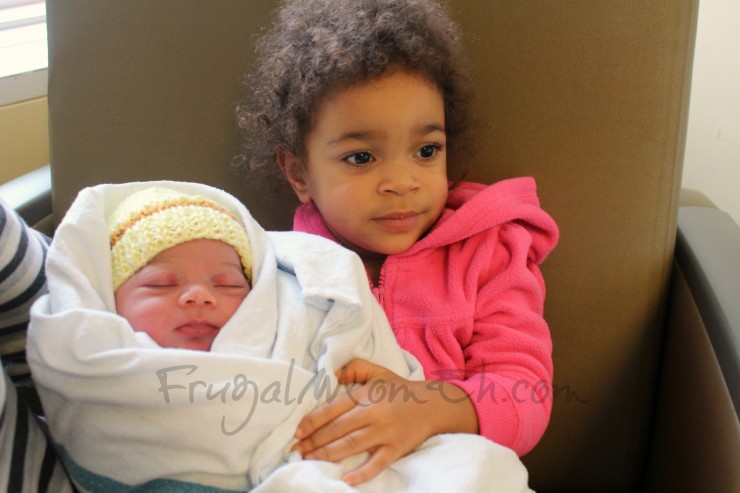 When my second daughter arrived full term she quickly and naturally took to breastfeeding.  That isn’t to say the first two weeks weren’t crazy and stressful but compared to what I went through with my first… it was a breeze.  Even then we had issues with her not gaining weight fast enough for my doctors liking, leading to the question “How much does she drink at each feed” which of course resulted in “I don’t know… we are breastfeeding.”

Now I can answer that question thanks to MilkSense, a wonderful new tool for breastfeeding moms – a personal breastfeeding monitor that tracks how much milk you produce and how much milk your baby consumes!  Oh how I wish I had one when we first brought  Keira home from the hospital so I would  have known for sure whether or not she was getting enough milk to thrive on. 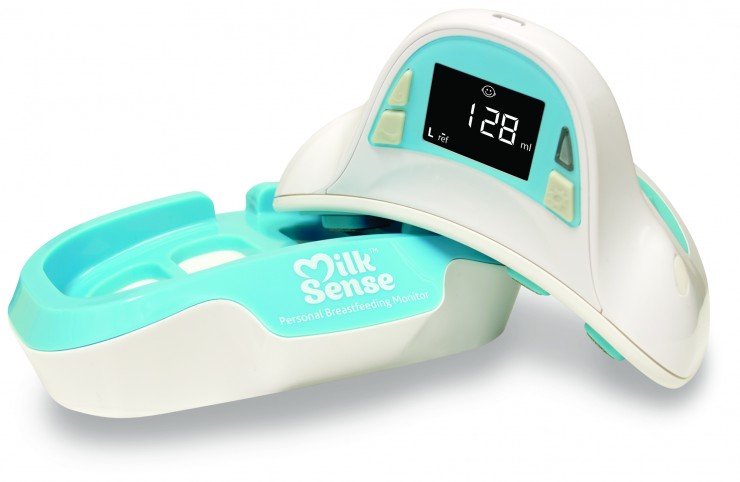 In just 10 seconds pre and post feeding, MilkSense is able to monitor the amount of milk in each breast as well as the amount of milk that baby consumed.  It also allows you to track the side, date and time of each feeding, track baby’s weight gain which means you will never have to remember to keep a breastfeeding log as MilkSense keeps track for you.  MilkSense is a huge deal for mothers going back to work as it can even help you learn when to pump during the day for the most productivity.

What I love most is that MilkSense can increase your confidence as far as breast milk quantity goes.  This is huge for me now at 12 months into my second breastfeeding journey since my breasts have settled down and do not leak or engorge.   I’ve been worried lately that my supply might be dwindling and considering weaning her to cow milk.  So when MilkSense told me that Ava consumed a whopping 5 oz during a quick and somewhat lazy nighttime feed I can honestly say I was relieved and encouraged to stick with breastfeeding for the foreseeable future!  Confidence in your supply is so important because it allows you to just relax and enjoy the bonding session with your little one.

To ensure that Milksense is reading the amounts of milk properly, MilkSense also includes the Bscale which is a highly accurate portable baby scale that allows you to easily weight your baby and accurately keep track of baby’s growth rate.  It easily works with your infant car seat so you can weigh baby safely right from home.

After calibrating, we’ve been able to just do the normal MilkSense measurement before and after each feed.  Since your breasts and milk change as your infant gets older it’s important to remember to calibrate with the BScale every now and then but that is well worth the peace of mind provided by knowing your infant is being fed well.

I love the reports that the MilkSense PC Suite software provides based on the data it tracks.  They would have been invaluable during the newborn stage through to introducing first foods for us but even now the charts are interesting to look back over.

Using MilkSense has easily become part of our routine thanks to the quick readings and little effort needed which is important when it comes to late night and early morning nursing sessions and even more so with newborn babies.  I can’t recommend this product enough for new and expecting mothers who are planning to breastfeed!

MilkSense is available in select Walmart stores across the USA and at Walmart.com.

I'm a little bit wary of the assumption that every woman is the same and that there is some sort of "normal" standard that breastfeeding mom's need to aspire to.

Since the beginning of...ever, really...we've simply counted wet and dirty diapers to gauge healthy nursing input. Measuring output is a much better reference for tracking the healthy body than this machine. It "senses" how much milk is in the breast. When held against a hand, it indicates that the hand contains 99.9oz of milk...see the flaw here? A scale is a great tool, but this product is an expensive Edsel of Breastfeeding.

I truly hate this idea. It's going to stress a lot of new moms out having them think their baby NEEDS to empty their breast, or that if baby doesn't eat the same amount at every feeding it means there's a problem, or that because this machine says their breast capacity is 3oz that they don't make "enough" milk. I just see so many problems with this.

I just see it causing much more distress and self-doubt than confidence. Well intentioned, but why complicate Breastfeeding by adding extra steps? It reminds me of how people push the last few oz in a bottle to make sure baby "eats it all". I see this creating fussy babies because mom is stressed about pushing them to eat more just because this thing tells them they didn't eat "enough".

My professional opinion of this product is to stay away from it. Pre and post weights are available free from an IBCLC or pediatricians office, and an at-home scale is available through insurance if weight checks are medically necessary.

what an awesome product. i am breastfeeding my third now so i might look into this. he is just about 10 weeks old and i haven't don't much pumping since i'm home with him, but this has got me curious.

My daughter had a hard time gaining weight when she was a baby. It is so hard to be sure your baby is getting enough when you breast feed. This is a great tool for moms.

All these wonderful new products for trying to conceive/baby/toys/feeding.. ALMOST makes me want another!.. ALMOST! thank heavens I have teenagers to keep me in check <3