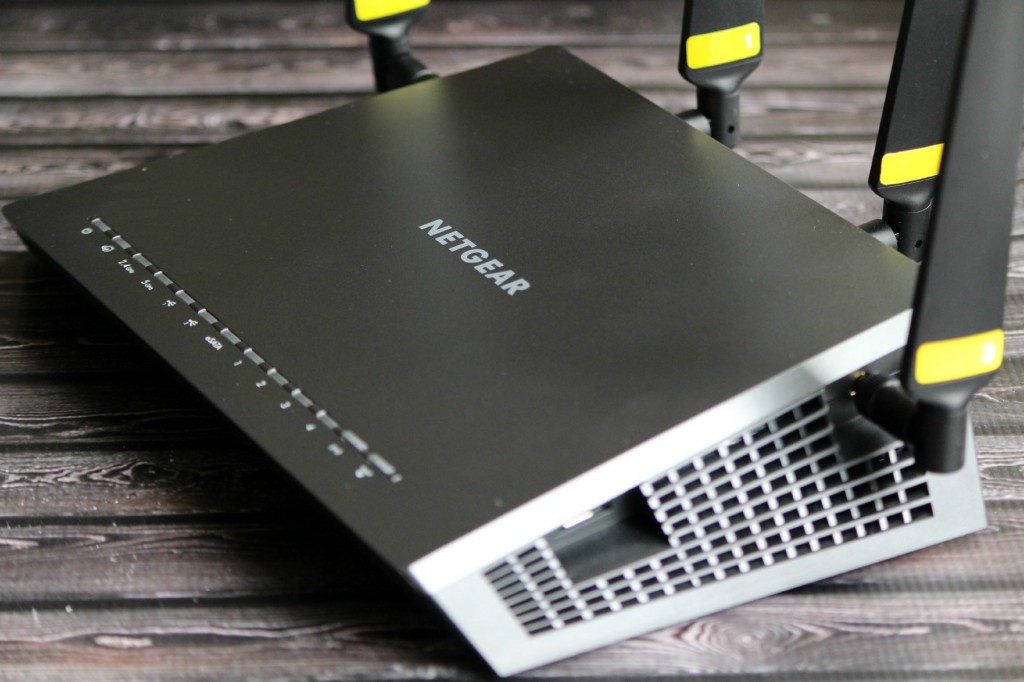 We moved in the spring from a bungalow to a level home with a finished basement as we desperately needed the space. Babies tend to cause issues like that. With the move came a few logistics problems because there is a huge difference between a single floor home and a multi-floor home. Of course this couldn’t be any truer when it came to our router.

Previously I had an N-Series Netgear router and it served us well at our old home. I’ve had it for a while and saw no reason to upgrade because of that. When we moved though we also had to switch our internet service provider and we were set up with a modem/wireless router combo.

Now I knew this wasn’t going to work yet we’ve been living with the frustration of no internet in the bedrooms and spotty reception on the main floor of the house. I’ve been meaning to install my wireless router for months but I can’t for the life of me figure out where my router went. This of course made working from home a bit joyless as I felt trapped to my desk in the basement rec room/office area. 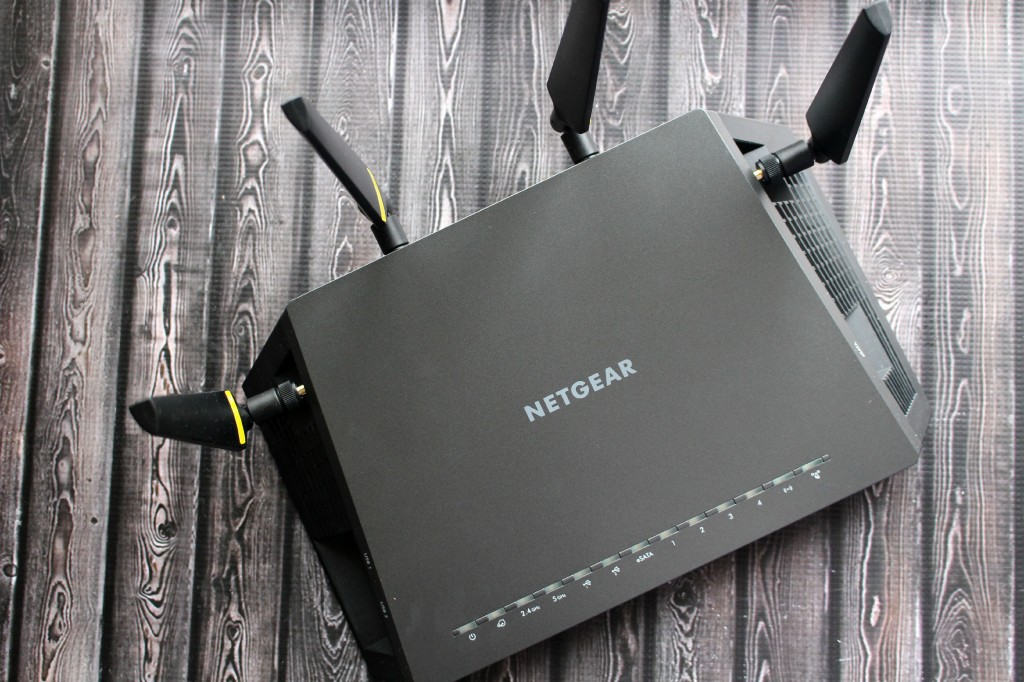 Netgear recently sent over a Nighthawk X4 Smart WiFi Router, R7500, to check out and I was quickly rewarded for taking the time to install it with connectivity throughout my home. Not just connectivity though; fast and reliable connectivity that you would expect for a router designed for large homes and sporting the latest in technology.  This might not be so exciting for most of you, but for the techies out there, it is a quad-stream router (hence the four antennas) boasting new 802.11AC specifications.  The new Quad-stream architecture enables devices to connect at much higher speeds.

The Nighthawk X4 offers fast WiFi speed – up to 600Mbps at 2.4GHz and 1.7Gbps at 5GHz but you will need a client capable of these speeds in order to get the full experience.  Since this is a new standard we are talking about there are no quad-stream clients (tablets, smartphones, gaming systems, computers etc..)  available that I am aware of, however expect them to pop up in the next couple months.  It is also backwards compatible so you will still benefit from quick speeds with your current technology.

The X4 makes use of a powerful 1.4 GHz dual core Qualcomm® Internet Processor which enables it to easily handle multiple connected devices, content, apps and services. 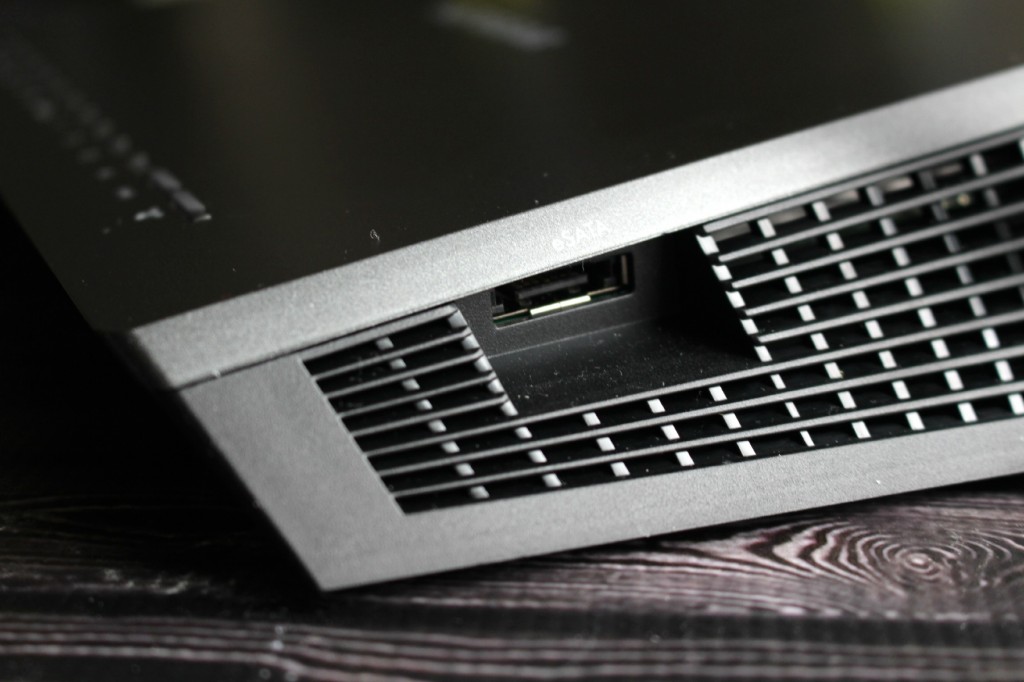 The X4 can also be used as a very powerful Network Attached Storage (NAS) solution when combined with external drives thanks to the combination of the powerful processor and the fact that the X4 features two USB 3.0 ports and one eSATA ports.

The X4 also offers a unique Dynamic Quality of Service (QoS) prioritization capability.  You can customize the X4 to use Dynamic QOS in order to recognize each individual application — such as Netflix, Games etc… and prioritize according to which application should see the best performance.  One of the coolest features of the X4 is that it is also device-aware and can recognize different device types in order to allocate bandwidth appropriately to each connected device.   Device QOS occurs after Application QOS so you don’t end up with situations where the prioritized laptop browsing the internet receives more bandwidth than the SmartTV streaming from Netflix.

Netgear also recently released the X6 which does not offer Quad-Stream architecture nor the adaptive QOS capability but it has been designed to handle a large number of multiple devices.  I’d love to get my hands on the X6 in order to compare to the X4 which was designed for gaming and streaming. 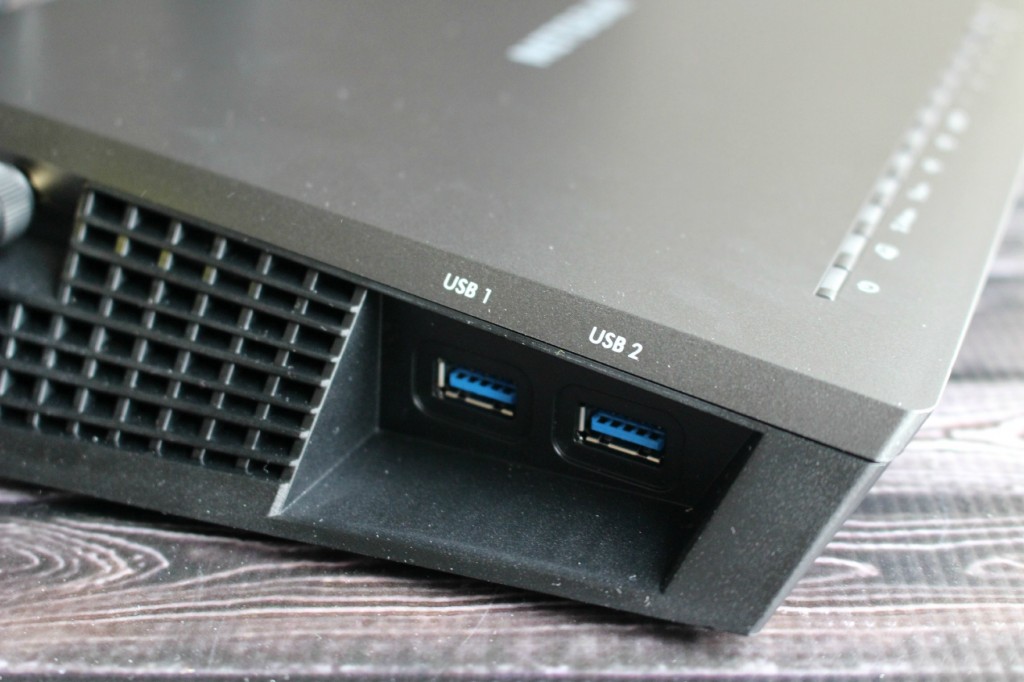 Setup of the X4 is so simple just about anyone can handle it.  Plug in the router, power it  up then connect either the 5HZz or 2.4 GHz SSID.  Next just open a new browser tab to be the the setup wizard.  You can quite easily work off the default settings without having to tweak a single thing if you aren’t comfortable.

We are actually in the market for a new router so I will be directing my partner's attention to this one!

I thought every desk top computer came with a router, I was wrong, this would be a good one to have

This is something my family really needs right now!

We currently have a NetGear router and it works great. I'm glad they helped resolve the spotty reception issue.

This router sounds like a really great one. I think the shape of it is really unique.