A screenplay by “Lost” writer & co-creator Damon Lindelof and Brad Bird, from a story by Damon Lindelof & Brad Bird & Jeff Jensen, “Tomorrowland” will take audiences on a thrill ride of nonstop adventures through new dimensions that have only been dreamed of.

Dreamers Wanted…Disney invites you to an incredible world of epic imagination where anything is possible. Buckle your seat belt, as the director of The Incredibles takes your family on an action-packed thrill ride.

Join former boy genius Frank (George Clooney), optimistic, science-minded teen Casey (Britt Robertson), mysterious Athena (Raffey Cassidy) and the brilliant David Nix (Hugh Laurie) in a world of pure Disney imagination. Tomorrowland transports you on an inspiring and magical journey of wonder and adventure to a place where if you can dream it, you can do it. 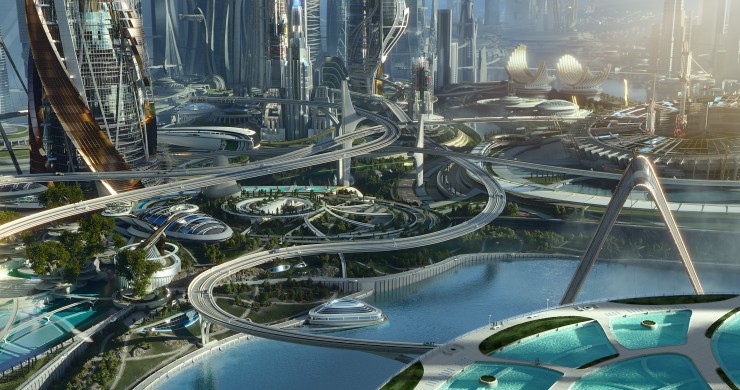 Discover everything there is to know about the making of Tomorrowland through Director Brad Bird’s perspective.

Believe it or not but Nix used to host a children’s television program about science. Now watch the recently discover outtakes from the show.

An animated story of how Tomorrowland came to be.

Go back in time and watch this original commercial for the Blast from the Past store.

Deleted Scene 5 – What Happened to Tomorrowland

Deleted Scene 6 – What is Tomorrowland 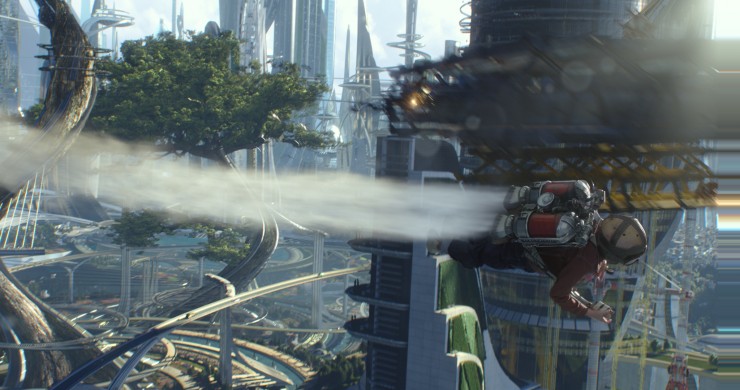 When I sat down to watch Tomorrowland I have to admit that I did not think it would be my cup of tea.  Well.  I was wrong.  Disney’s Tomorrowland is funny, action filled, fantastic, suspenseful and all around entertaining.

It is a fun family movie for those with tweens and older although I think many adults will enjoy watching as well.  It features a female hero who is focused on fixing the wrongs of the world and has a positive message that anyone can make a difference with a positive attitude and a dream.

It is an uplifting movie that definitely deserves a turn for family movie night! 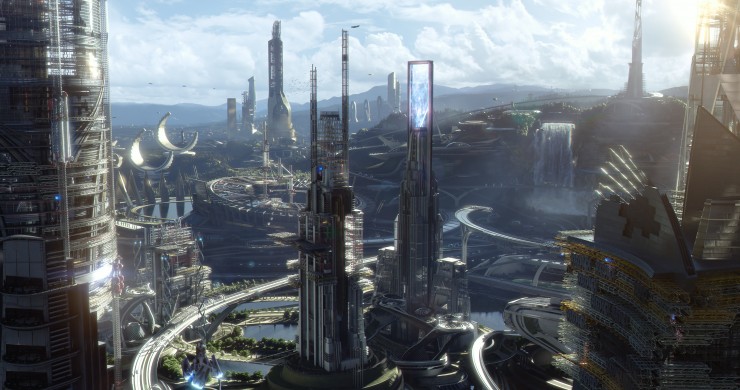 This is a nice movie

My kids are looking forward to this.