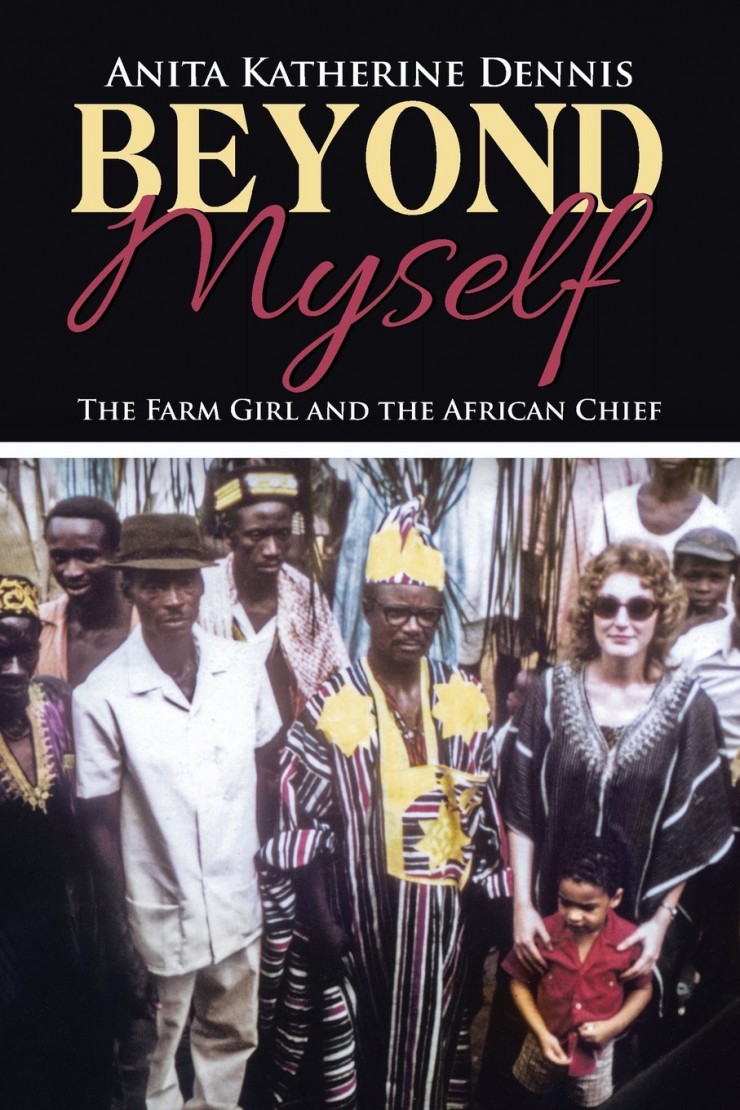 When author Anita Katherine Dennis walked into the anthropology class during her sophomore year at Ohio University in 1964, she was sure the class would prove interesting. She had no idea how right she would be. In Beyond Myself, she narrates the love story that developed between her and her anthropology professor, Dr. Ben Dennis, an African tribal chief.

In this memoir, she shares how God sustained her during her interracial, cross-cultural marriage—especially as she played the role of chief’s wife in a remote village in Liberia, West Africa. Her life was full of extremes. She met the president of Liberia in the Executive Mansion—and slept in a mud hut. She visited European capitals—and lived in a remote African village. She flew on transatlantic flights—and was carried through the high forest in a chief’s hammock. Anita shares her struggles as she is accepted into the Mende tribe and lived in Vahun with an off and on kerosene fridge, swarming termites on the screens, a cyclone barely missing the house, and pungent elephant meat delivered in the middle of the night.

Beyond Myself offers an example of West meets Africa personified. Anita tells how life with Ben was more than a marriage. It was an education and adventure wrapped into one. Ben allowed Anita to escape her narrow cultural confines and embark on a journey from farm girl to global citizen, with plenty of missteps throughout.

This is an exceptional story of two remarkable lives brought together by love and God during a time period rife with prejudices.  As a woman in an interracial marriage with a man of another culture myself, I found it interesting to read her candid account of the beginnings of their relationship through to living in a remote African village right up to the present day. Anita is such a strong and inspiring woman!

I enjoyed learning about the Liberian culture, the Mende people and life as a white woman living in an African tribe.  It was really fascinating to read about the Mende way of life and I honestly felt a bit devastated reading about the civil wars.   It was a truly emotional read – I was sobbing as I neared the end as I felt so emotionally connected to Anita (and Ben).

I thoroughly enjoyed reading Beyond Myself and would definitely highly recommend this book.

I would love to read her book it sound so interesting

I would enjoy reading this book,going add to my wishlist.thanks

I love anything to do with Africa and I plan to visit there someday soon. Would love to read this book.

'Beyond Myself' sounds like a 'must' read. I do not think I could sleep in a mud hut or cope with termites. I know I am not as brave or adventurous as our author. However, I do admire her and I hope to read her book.