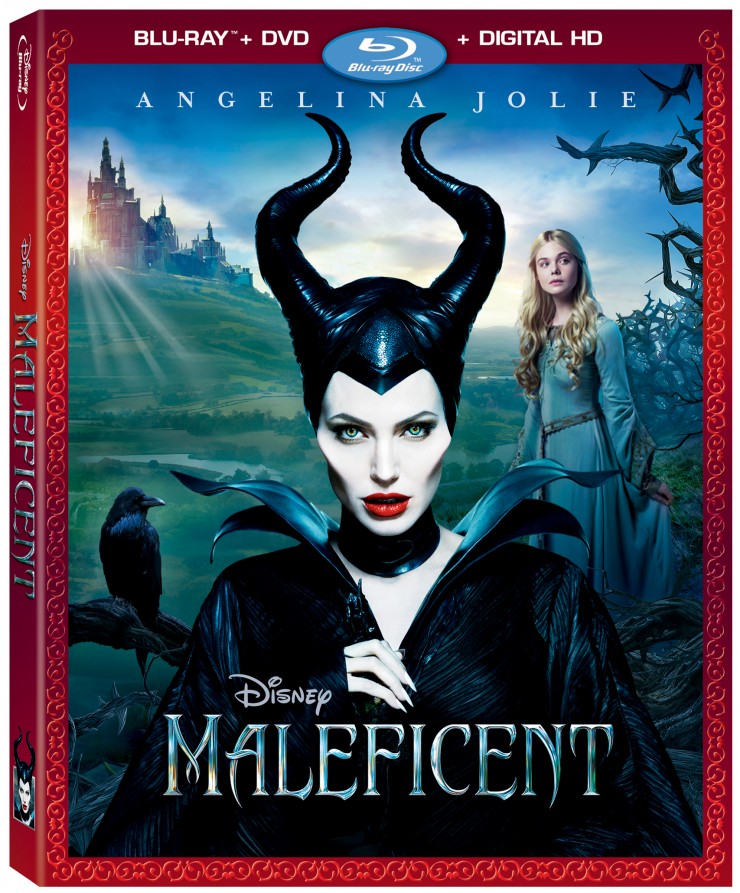 After enchanting audiences around the world and grossing more than $700 million in worldwide box office, this live-action, fantasy adventure casts a wondrous new spell on Blu-ray and Digital HD, featuring stunning high definition picture and sound, plus spellbinding, all-new bonus features, including several deleted scenes and behind-the-scenes featurettes that take viewers deeper behind the scenes of the filmmaking magic.

Join the cast and crew as they explore how Disney’s animated classic “Sleeping Beauty” was re-imagined as an innovative, live-action epic in “From Fairy Tale to Feature Film.”   Discover how King Henry and Maleficent’s opening battle scene was created using gigantic wire rigs and elaborate choreography in “Building an Epic Battle.”  Learn how playing Aurora was a fairytale come true for actress Elle Fanning in “Aurora: Becoming A Beauty.” And find out more about the meticulous detail that went into creating Maleficent’s elaborate head wraps, rings and other accessories in “Classic Couture.”  Viewers can also relive the film’s journey to the screen through concept art, layered visual effects and behind the scenes footage in “Maleficent Revealed.”

I unfortunately missed seeing Maleficent in theatre and now that I’ve watched the blu-ray edition I am upset that I missed out on the experience!  The tale is an interesting twist on the classic Sleeping Beauty story with a focus on Maleficent who we find is both the villain and the hero. The visuals are quite stunning,  its a fairy tale come to real life.

The movie isn’t without faults but I honestly didn’t mind a single one of them as the movie so fun and creepy.  Angelina Jolie practically carries the film in a role she seemed born to play.

Stay connected with the latest news and information about Disney’s “Maleficent”:

when I watch a Disney movie, I am always entertained

I still haven't seen this movie yet but would love to! Angelina Jolie is great!

Wonder if the grandkids will be a wee bit scared, I know I am just looking at the picture

your right Darlene,it does look a bit scary

We never seen this one yet either,it will make a nice stocking stuff