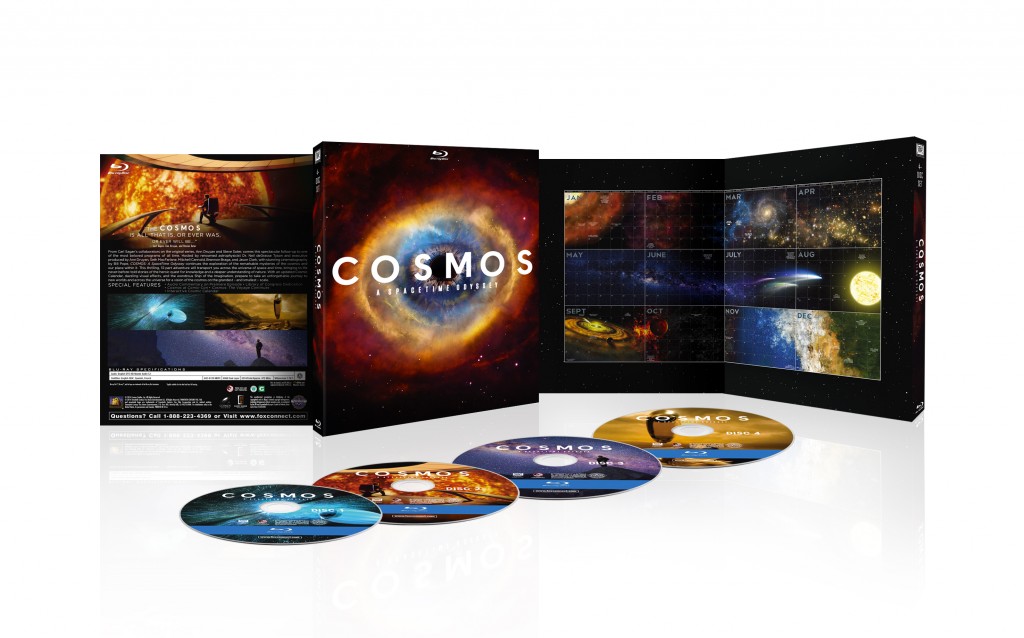 Twentieth Century Fox Home Entertainment presents a fantastic journey through the universe as Carl Sagan’s visionary series continues with COSMOS: A SPACETIME ODYSSEY, arriving on Blu-ray and DVD June 10. Debuting two days after the epic conclusion, fans can re-watch this legendary story 13.8 billion years in the making just in time for Father’s Day in spectacular high-definition.

Hosted by renowned astrophysicist Dr. Neil deGrasse Tyson and executive produced by Ann Druyan, Seth MacFarlane, Mitchell Cannold and Brannon Braga, COSMOS: A SPACETIME ODYSSEY features incredible bonus materials including a stunning five-part documentary on the making of this critically-acclaimed ground-breaking event. Fans can also discover what connects us all and see the past, present and future of our galaxy with the interactive “Cosmic Calendar,” exclusive to the Blu-ray release.

COSMOS: A SPACETIME ODYSSEY is the spectacular follow-up to Carl Sagan’s award-winning series that explored the remarkable mysteries of the cosmos and our place within it. This thrilling, 13-part adventure transports viewers across the universe of space and time, bringing to life never-before-told stories of the heroic quest for knowledge and a deeper understanding of nature. With an updated Cosmic Calendar, dazzling visual effects, and the wondrous Ship of the Imagination, fans will experience an unforgettable journey to new worlds and across the universe for a vision of the cosmos on the grandest and smallest scale. 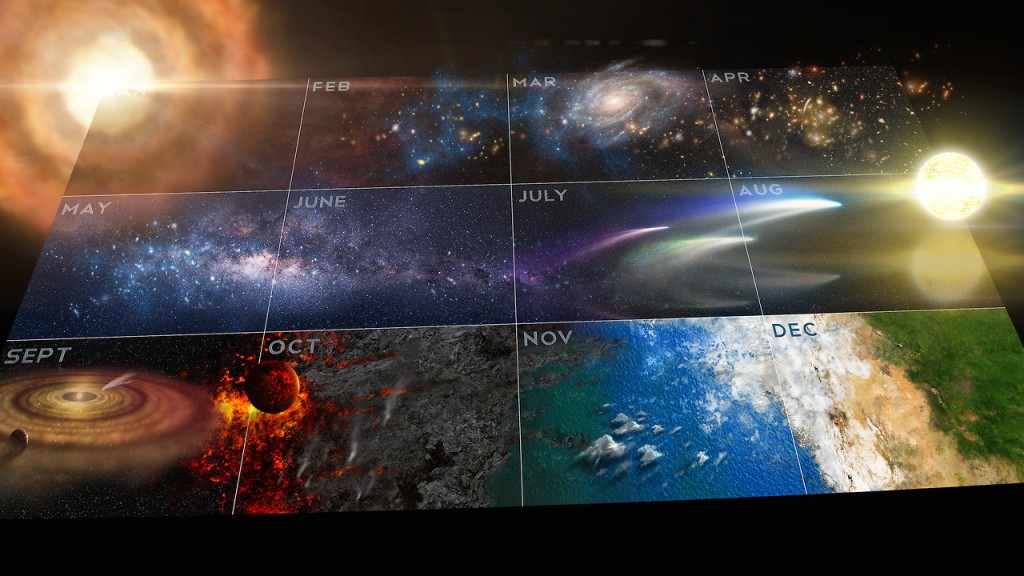 I’m a huge fan of scientific documentaries and books and this one did not disappoint.  My mind was blown in the very first episode with the explanation of our “address” in the Universe.  Obviously I understand how small we are in the grand scheme of things, and I even understand everything laid out but seeing the visual of it was really eye opening.

Host Neil deGrasse Tyson makes for an excellent and passionate narrator thanks in part to his being a real Astrophysicist.

The  episodes makes use of CGI as well as Animation.  The visuals are truly stunning -they are both smooth and sharp plus there is really nothing more beautiful in High Definition than the Cosmos.  The Soundtrack must be heard in surround.  Seriously.  You are robbing yourself of the experience playing it off the TV speakers alone.  It is incredibly complex and detailed which paired with the visuals and subject matter makes the entire production seem BIG.

Tyson does tackle “controversial” subjects, most notably Climate Change.   Thankfully he stuck with the physics and math, rather than the economic or political aspects, and pointed out the results that can be extrapolated exclusively from the data we have.

This is a truly entertaining and educational look at our Universe, even if you think you know it all.  Recommended for all, young and old!

Eyes wide open to watch this one

Wow, how amazing is this

My brother is a huge fan of this show & now I'm so anxious to see it myself.

Lay on the sofa in the dark and out this on, you will experience the universe like nothing before

This was an amazing tv show and I was lucky enough to win a dvd copy in a contest!