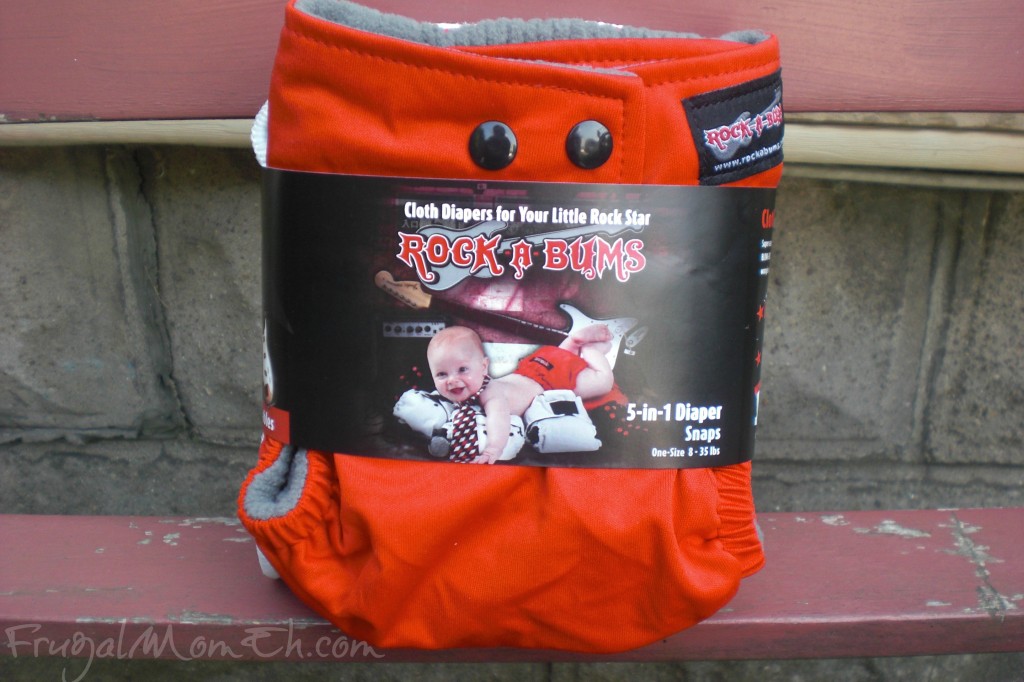 Now that is what I call versatile!  No matter the situation, rock-a-bums has you covered.  You could go from nap-time in an AI2 straight to a swim diaper by removing the inserts.  Out for the day and want the convenience of a disposable?  Just use it as a hybrid with disposable inserts!  It’s incredible the number of options Rock-A-Bums gives parents!  It can literally fit in with any need or want you may have. 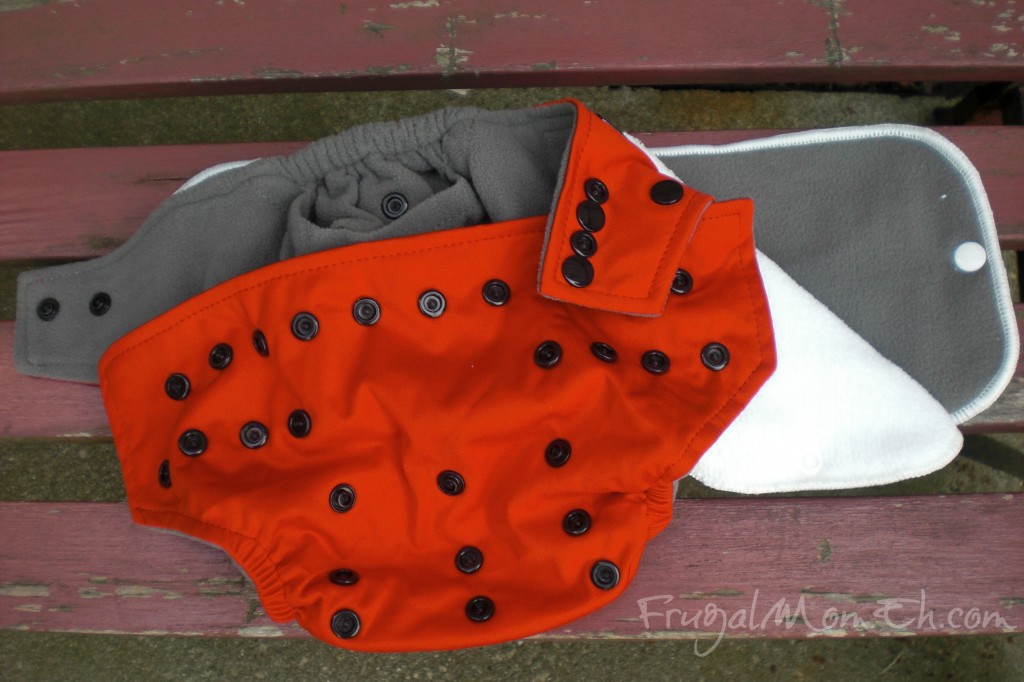 The Rock-A-Bums 5-in-1 diaper is one-size featuring a snap down rise.  Currently only snap closure is available, but aplix will be available soon as well.  You can choose from three “cool”colours – white, red and black and it looks like prints are coming soon.

The “Bomb Shell” Diaper Cover is PUL lined with grey polyester fleece and features single leg gussets as well as a snap for the inserts to snap into.  The Snap closure version features hip snaps as well as cross-over snaps to get a better fit on smaller babies.

Each diaper comes with two Microfiber inserts topped with a grey polyester fleece lining which, when used as a soaker against babies bum won’t dry out their sensitive skin the way microfiber directly on the skin would.  The grey also makes staining not so obvious at all, although I’ve never had an issue with stains on my white lined diapers. 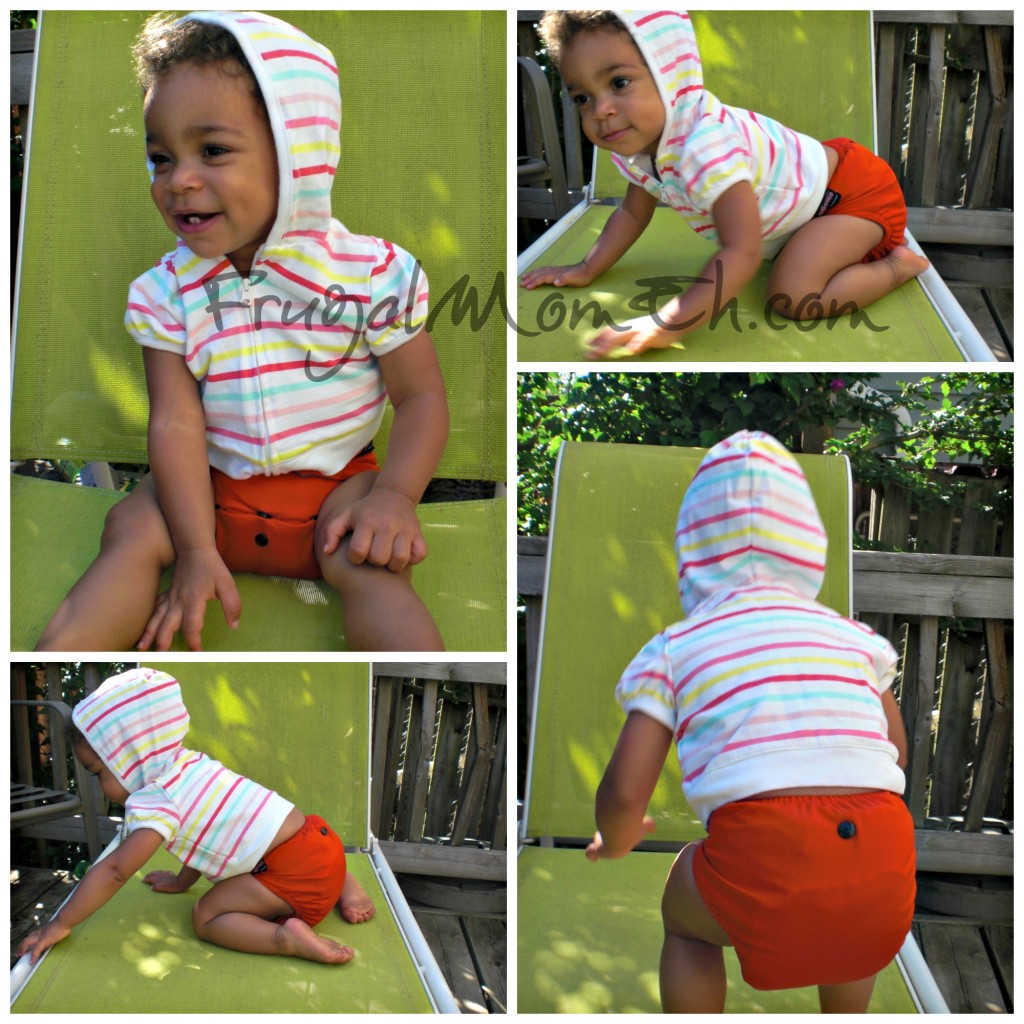 The Rock-A-Bums 5-in-1 diaper is also nice and trim even with both inserts in use.  This is nice as Keira is pretty thin and small but is a very heavy wetter so we do need to double stuff all our diapers unless we plan to change her often.  We were able to get a nice fit on her and I found everything snapped in place at the same settings as most of our other cloth diapers so I would say their fit is pretty standard. 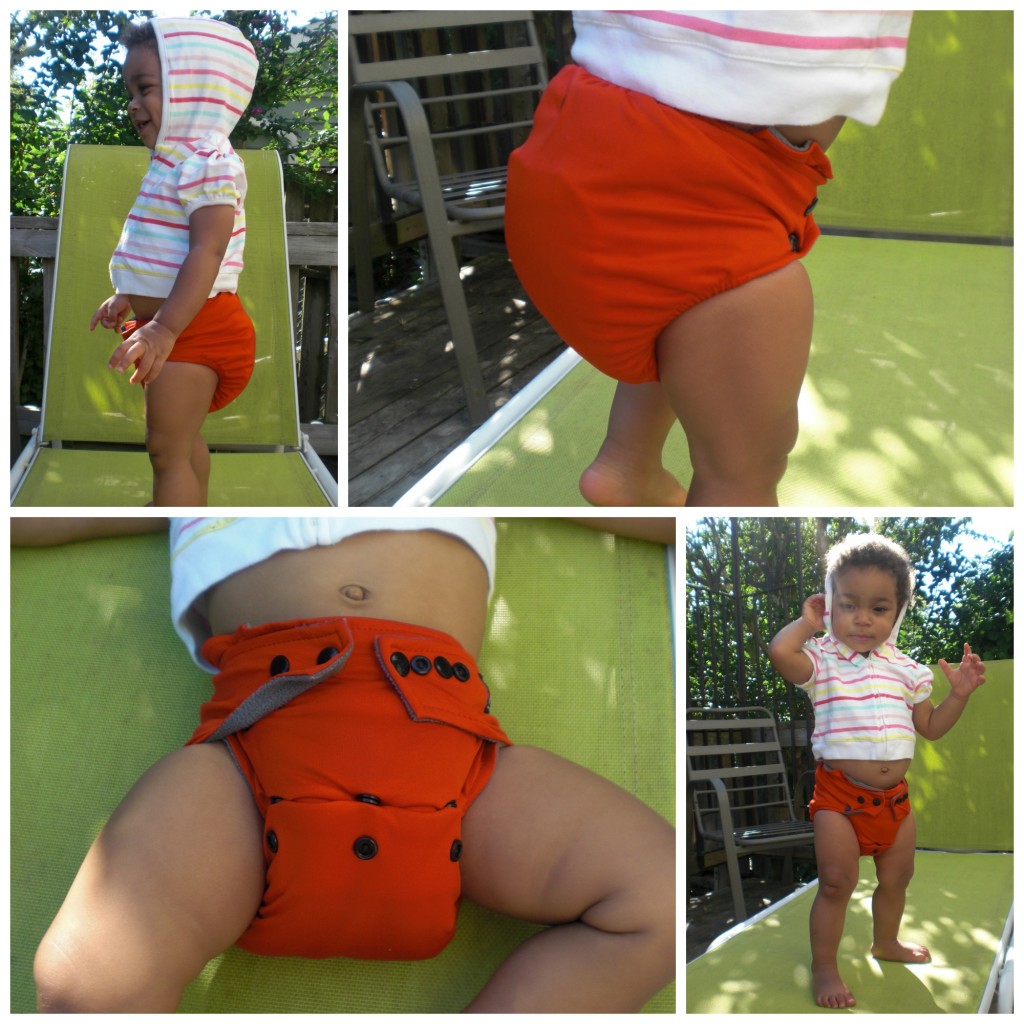 We’ve been using the diaper with one insert in the pocket and the other snapped in and used as a soaker right on the inside lining of the cover.  So far so good – no leaks or blow-outs yet to report! 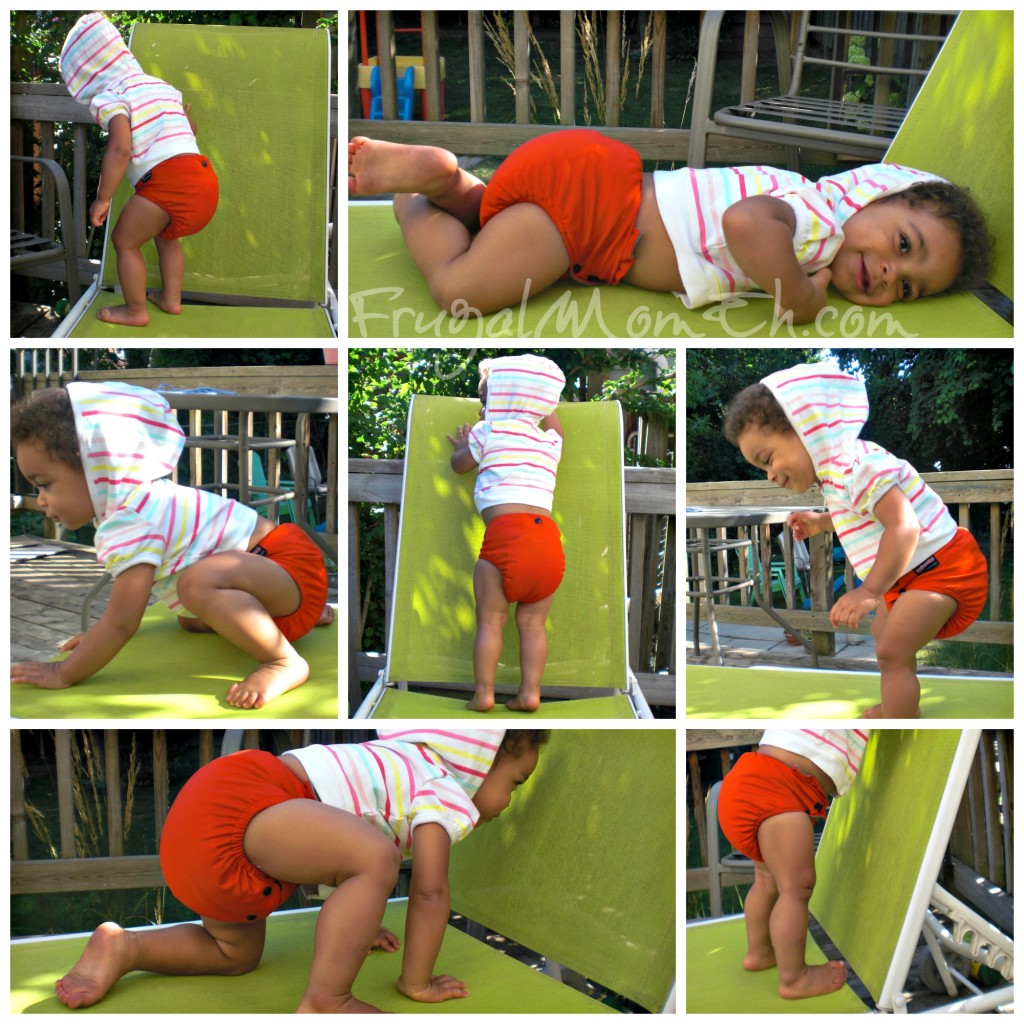 Disclosure:  I received the above mentioned product in order to facilitate this review.  All thoughts and opinions are honest and remain my own.

Adorable looking diapers and I love the clasps!

those are pretty cool!

snap closures! I love this idea. Looking to cloth diaper my 3rd child due in March. I would love to try these out!

Wondering how much you've used this and if the inner fleece lining is starting to pill at all? I really like this diaper but am on the fence about it due to fleece lining piling in some of my other diapers. Thank for your time! :)

Hi Jenna, I use it pretty often as it works great (still leak free!), I have noticed some slight pilling on the fleece sides of the inserts but nothing major. The cover hasn't started pilling at all but I wash my covers less intensely than I do the inserts so that would make a difference. I got a Kawaii around the same time with a fleece inner and it is definitely pilling much worse.

I love the snap closures - very handy and easy! Thanks for sharing - I had never heard of this brand prior!