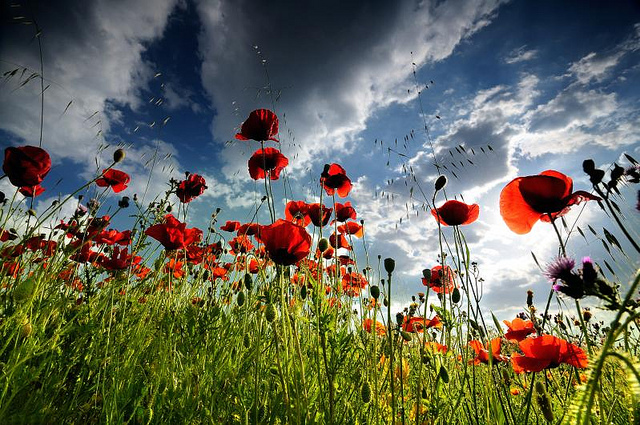 Remembrance Day ceremonies are just one way to honour and thank the Canadian men and women of the past, future and present for their sacrifices and achievements.  There are, however, many other ways throughout the year the remember, and taking an active role in remembering these people is the best way to say “thank you.”

How do you give Remember and give Thanks?

These are great ideas. I had never thought of going beyond wearing a poppy, but there are definitely more ways to extend my appreciation for the sacrifices of those who have gone to war.

I am so grateful to those who put their lives in peril, those who give their lives, those who are maimed for life, those who suffer whether visibly or not, by fighting for freedom and against evil. My father, brother and 2 of my sons were in the forces and I was married to a soldier. I donate for a poppy every year and keep the silence in honour of these brave men and women of the past, the present and the future.

donating for my poppy, and watching in my town the ceremony, and prayer