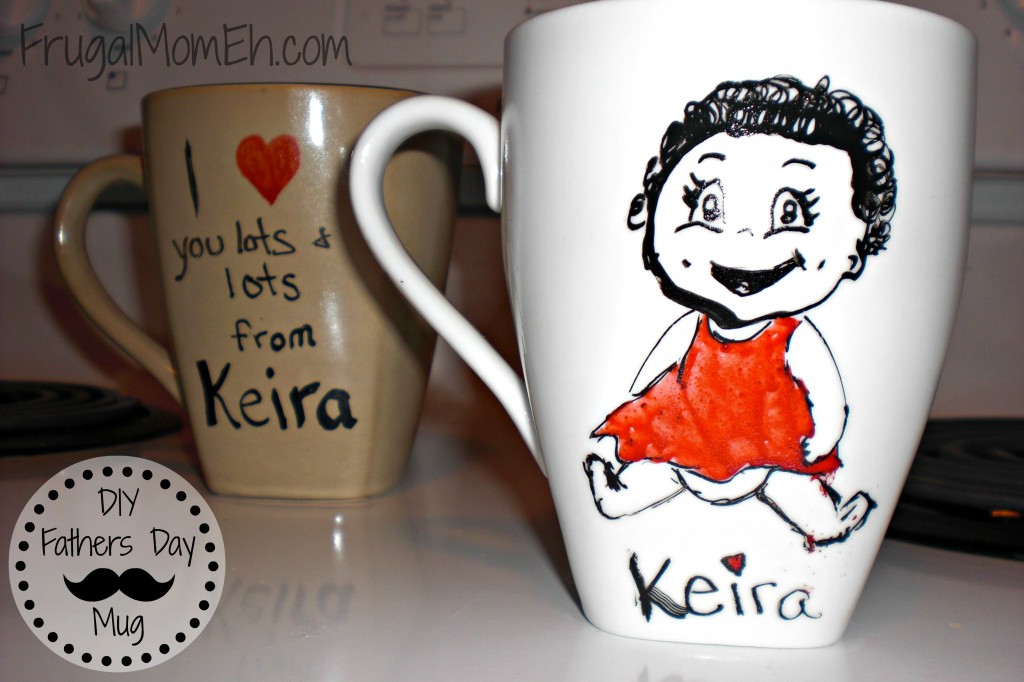 For Father’s Day as part of a sponsored post for Collective Bias®  I made these DIY Fathers Day Mugs as a Handmade fathers day gift with items bought from Walmart.

I decided to do this project after being inspired by pinterest & and the respective failures by those trying it out.  The pin circulating pinterest uses a sharpie and then bakes the mug in the oven for 30 minutes.  Unfortunately it seems that most people were easily able to wash the entire design off.

I wanted to do a mug for both my Husband and my Dad from Keira.  I love the idea of doing a mug because as long as it doesn’t get broken it is something that will last them both a long time and actually get used.

So what did I do?  First of all I went to Walmart to get some supplies.

Painters Pens (check what surfaces they are meant for)

How you do it

Draw your design.  Pinterest says to bake at 350 for 30 minutes.  I did follow that, although I’m not convinced its necessary.

I did have a bit of a fail because the red marker was a bit more watery than the black so it apparently wasn’t dry when I put it in the oven standing up which resulted in this: 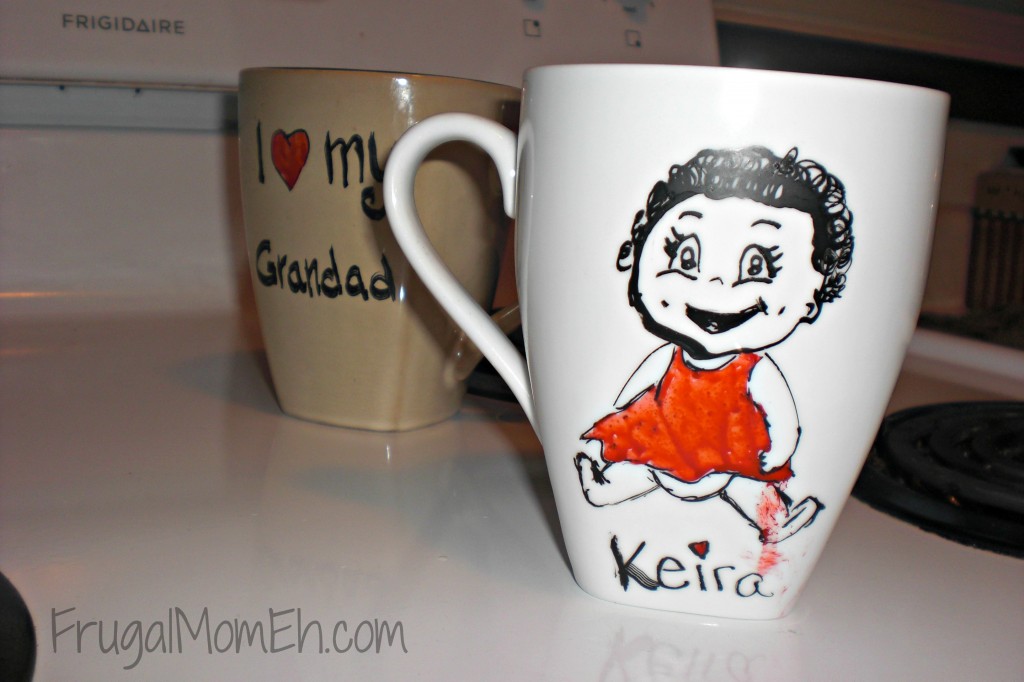 No matter, if this does happen to you it is easy to remove the paint with nail polish remover.

Once the mugs were cool I took them outside and sprayed them with the acrylic sealer twice. 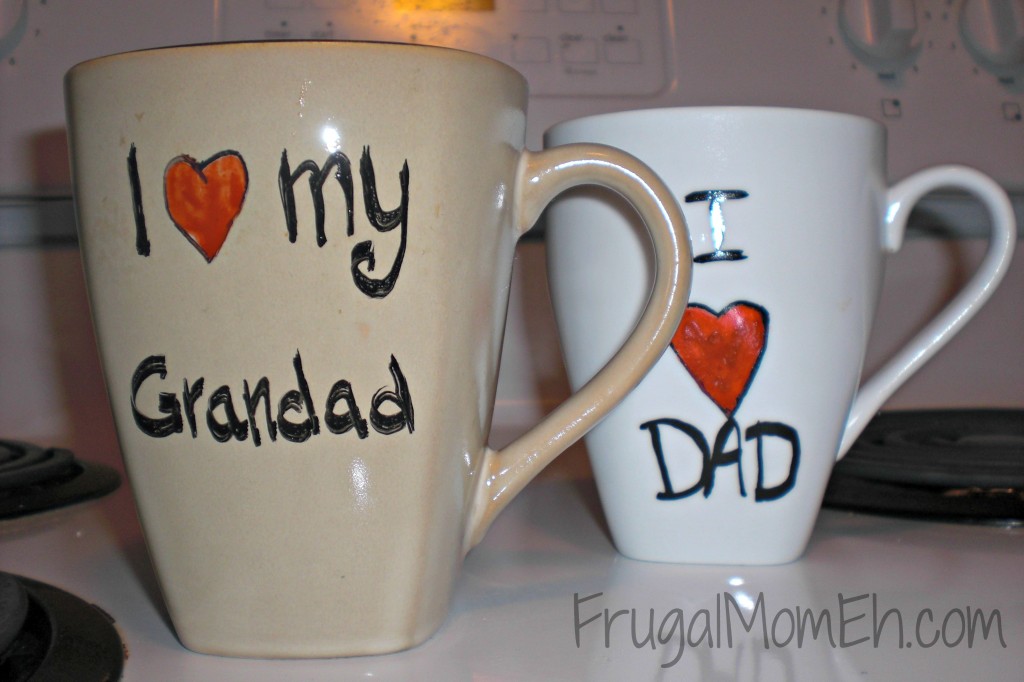 I think they turned out rather well!  Once the Acrylic sealer was dry I tried washing the paint off but it was really and truly stuck on this time.

This is such a great project, and for those with older kids it would be easy enough to have them do the decorating.

Next time I would probably just stick to black and skip the colours.  I also marked the year down the handle which I think was a nice little touch. 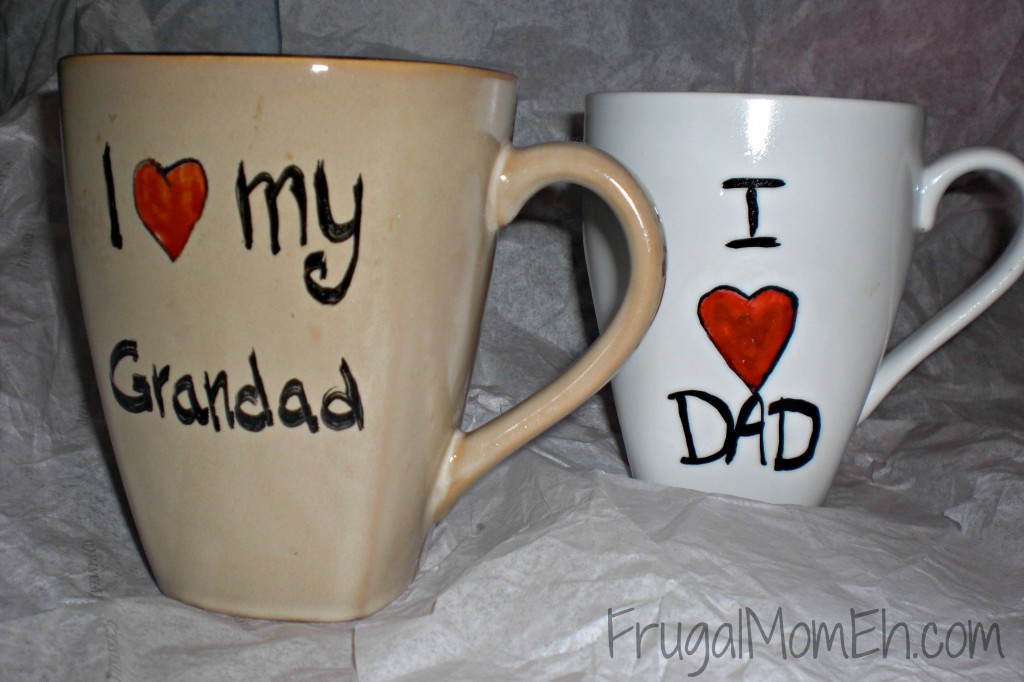 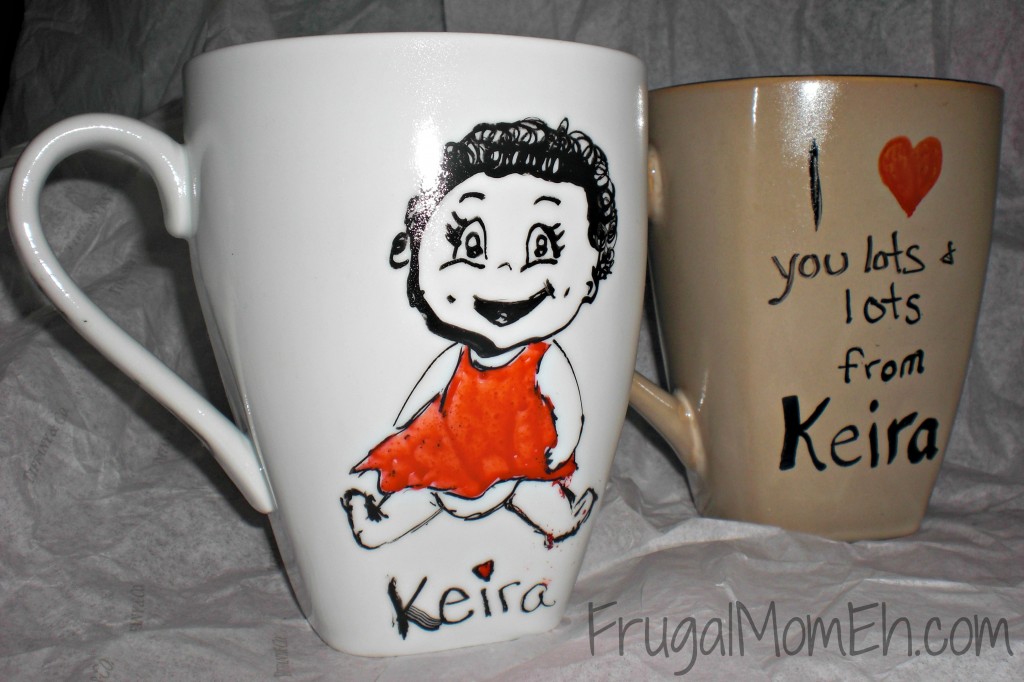 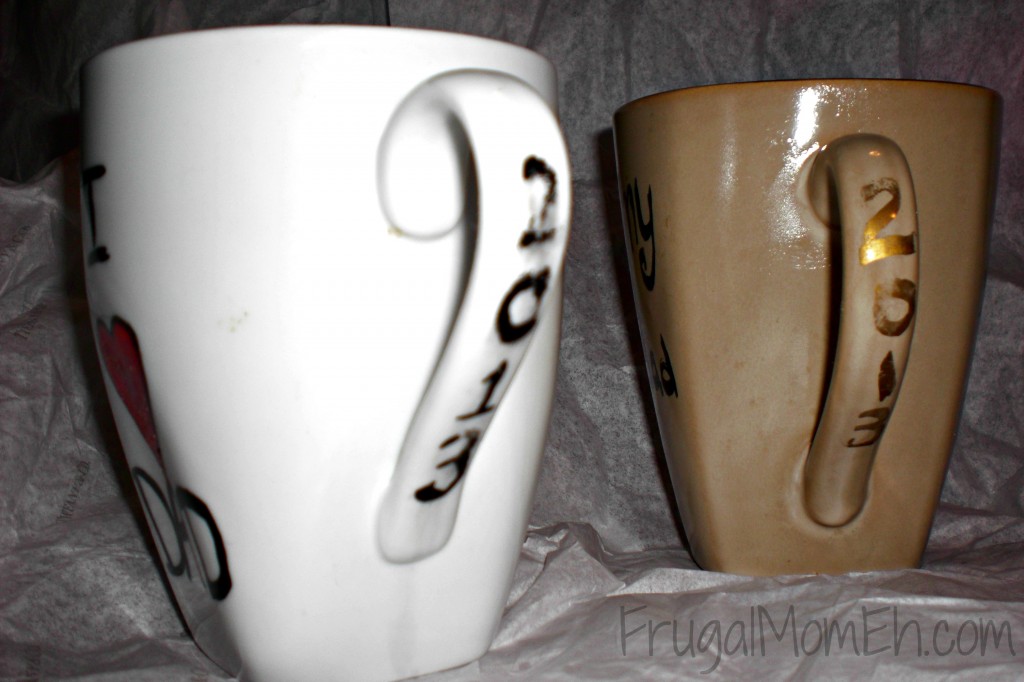 I am picking cup some cups next trip to town,these are such a great idea!

These would make wonderful gifts for grandparents.

This looks like such a fun project for kids or adults. And it would make a great gift, too!!

This is a very cute idea. I would love to receive one of these from a grandchild if it were me. When my new little grandie gets bigger, I will help her or show mommy this to maybe make some for the ones in her life that are close to her... thanks for showing....I love it. :)

I was also worried about the safety of the spray, but I like the idea of just putting it over the picture. I think I will try it and use painter's tape around the top to keep the rim clean of it. I love this! Thank you!