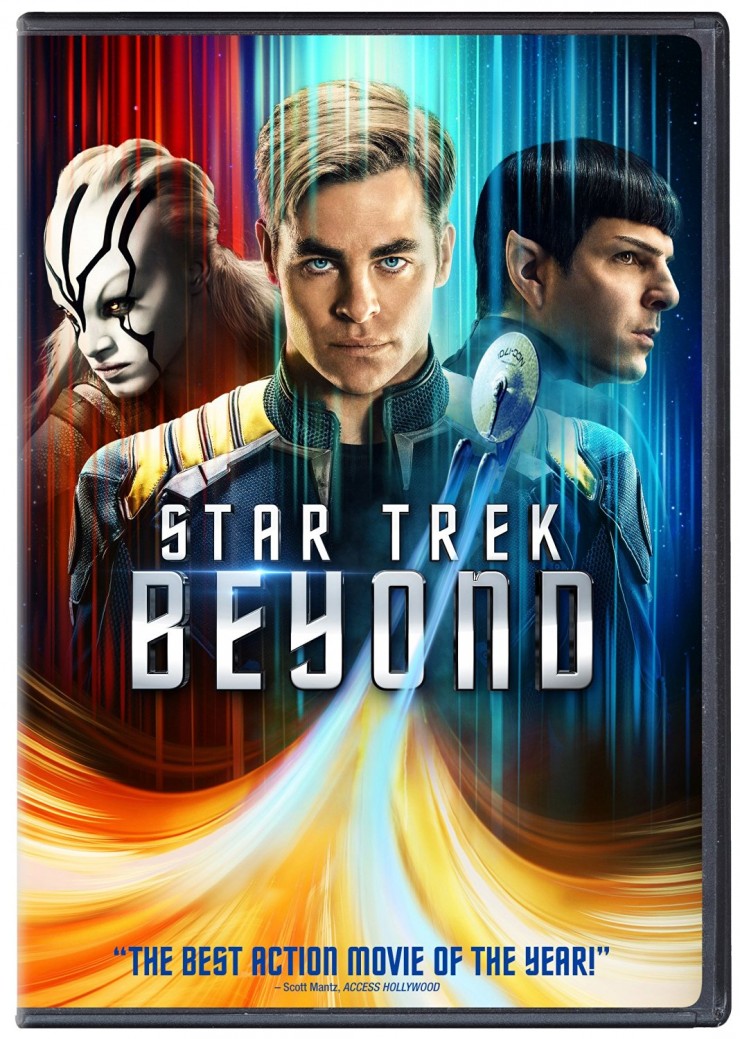 The highly anticipated next installment in the globally popular Star Trek franchise returns with director Justin Lin at the helm of this epic voyage of the U.S.S. Enterprise and her intrepid crew.  In Star Trek Beyond the Enterprise crew explores the furthest reaches of uncharted space, where they encounter a mysterious new enemy who puts them and everything the Federation stands for to the test.

Special Features (available on Blu-ray only – DVD has no extras):

“Star Trek Beyond” feels like an episode from the original “Star Trek” television series – except with better special effects. What is most enjoyable about this film is just how recognisable the characters are right down to the mannerisms and clichés they are all so well known for from the original series and finally the chemistry between them all is familiar.  Karl Urban’s Doctor McCoy is especially notable with his portrayal of Doctor McCoy, you could almost mistake him for DeForest Kelley from the original TV series.

Unfortunately this is the last appearance by the late Anton Yelchin as Chekov after his untimely death. There is also a heartfelt acknowledgement of the passing of Leonard Nimoy honouring his contribution to the series.

Right from the get-go we are given winks at some of the old series clichés as Kirk gets his shirt ripped in an alien encounter gone wrong, and McCoy is able to add a few more things to his “I’m a doctor, not a [insert thing here]” checklist.  Avid Star Trek fans will find plenty of easter eggs throughout the film that pay homage to not just the original series but TNG as well.

The visuals are stunning, I would say the best in any Star Trek movie to date. There are some incredible looking scenes that make picking up the Blu-Ray worthwhile.

I do remember watching this when it first came out as a TV show but I do much prefer Star Wars.

I seen this on my grandson's Christmas wishlist

My mom was a big fan of the original TV show but she hasn't seen the new movies. It sounds like she would like them so maybe I'll have to pick up a DVD for her!

I have not seen this movie yet. my son would to have it.

Thanks for the great review,i konw a few people who would love to find this in their stocking.