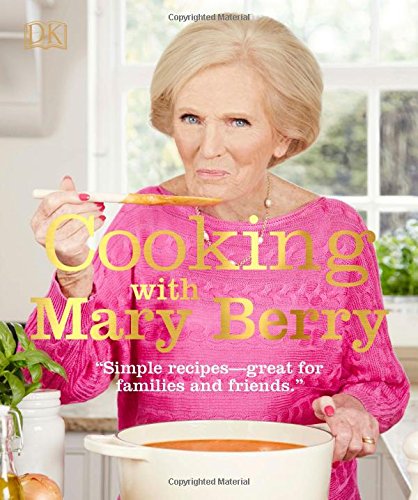 Cooking with Mary Berry covers a broad selection of recipes—brunch ideas, soups, salads, appetizers, mains, sides, and desserts—drawing on Mary’s more than 60 years in the kitchen. Many, like her French Onion Soup, Steak Diane, and Cinnamon Rolls, are familiar classics, but all have been adapted to follow Mary’s prescription for dishes that are no-fuss, practical, and foolproof. Step-by-step instructions, tips, and tricks make following in the footsteps of Britain’s favourite chef easy, and full-colour photographs of finished dishes provide inspiration along the way.

Perfect for cooks who are just starting out—and anyone who loves Mary Berry—the straightforward yet special recipes in Cooking with Mary Berry will prove, as one reviewer has said of her recipes, “if you can read, you can cook.” 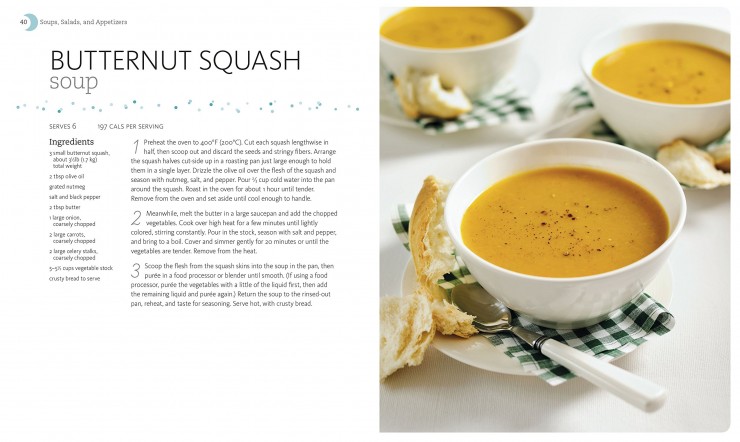 Mary introduces her latest cookbook by saying that they recipes she has included in this book check off three boxes: look good, taste good, and be practical to make.  Her aim is to make cooking simple so that even the most novice cook can tackle familiar but adventurous recipes like coq au vin and jerk chicken. Indeed, the recipes have all been made fairly easy with ingredients you can find at your local grocer to be used again and again.

Novice cooks will definitely appreciate the first part of the book which goes into detail describing basic cooking techniques with the kind of  high quality full colour photos you expect to see from DK publishing.

The ingredients are also in standard US measurements with the metric equivalent included in some cases, so there is no worry about having to convert measurements.

While the recipes are basic, I do believe this is a cookbook that belongs in every kitchen, there are plenty of new favourite recipes to be found! 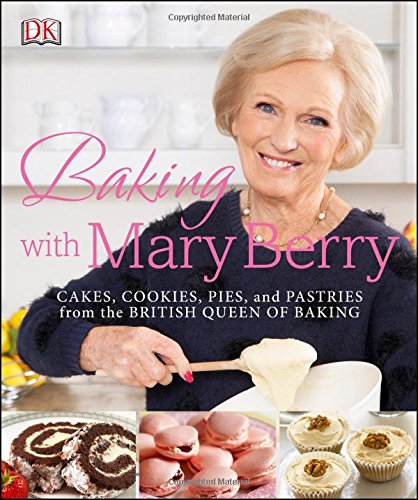 Baking with Mary Berry draws on Mary’s more than 60 years in the kitchen, with tips and step-by-step instructions for bakers just starting out and full-color photographs of finished dishes throughout. The recipes follow Mary’s prescription for dishes that are no fuss, practical, and foolproof—from breakfast goods to cookies, cakes, pastries, and pies, to special occasion desserts such as cheesecake and soufflés, to British favorites that will inspire.

Whether you’re tempted by Mary’s Heavenly Chocolate Cake and Best-Ever Brownies, intrigued by her Mincemeat and Almond Tart or Magic Lemon Pudding, or inspired by her Rich Fruit Christmas Cake and Ultimate Chocolate Roulade, the straightforward yet special recipes in Baking with Mary Berry will prove, as one reviewer has said of her recipes, “if you can read, you can cook.” 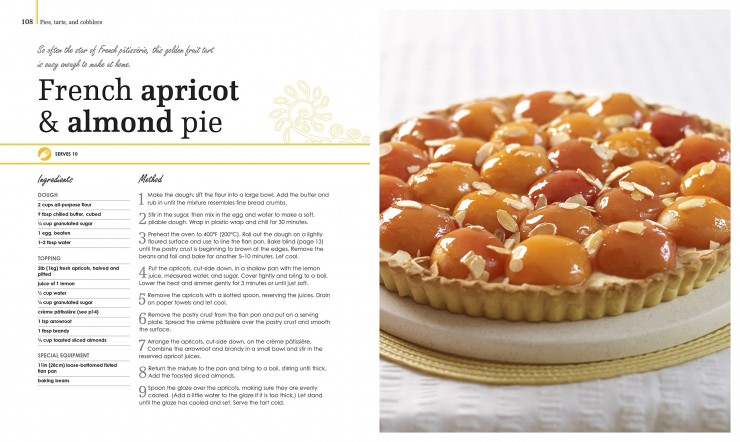 Baking with Mary Berry is the perfect cookbook for both beginners and more experienced bakers.

The first chapter introduces various basic techniques, many of which may be unfamiliar to American and Canadian home cooks (such as how to steam a pudding).  This cookbook covers mostly baked desserts with a few breakfast items like muffins included. Inside you will find various cakes, pies, tarts, cookies – and a whole section on British favourites. This was undeniably my favourite chapter and included some of my favourites like sticky toffee pudding and Christmas pudding.

Again, the recipes are written with the American home cook in mind, so the ingredients are listed in US Standard measurements with some metric equivalents included (I suppose to help out Canadian home cooks as we tend to be familiar with a mish mash of American measurement and metric.) I did notice that while the cookbook thankfully does not use the irritating American habit of measuring butter in “sticks”, it does measure butter in tablespoons. So you will find 16 Tbsp of butter instead of 1 cup which is every bit as irritating as seeing it measured in sticks.

That said, the cookbook is otherwise easy to follow and includes plenty of photos.  Well worth picking up if you enjoy baking or would like to start.

I have never heard of her before but they do look like books worth checking out.

I love Mary Berry! I'm not much of a baker but I do like to cook and that cookbook looks like it would be easy to follow.

Thanks,this sound like a very nice book and i do love a nice easy to follow cookbook,Christmas pudding would love to try making that.

I do like the sound of this cookbook, I love recipes that are simply and easy to follow. I do make my own French Onion Soup but I'm sure I could improve on it with the help of this book. :-)