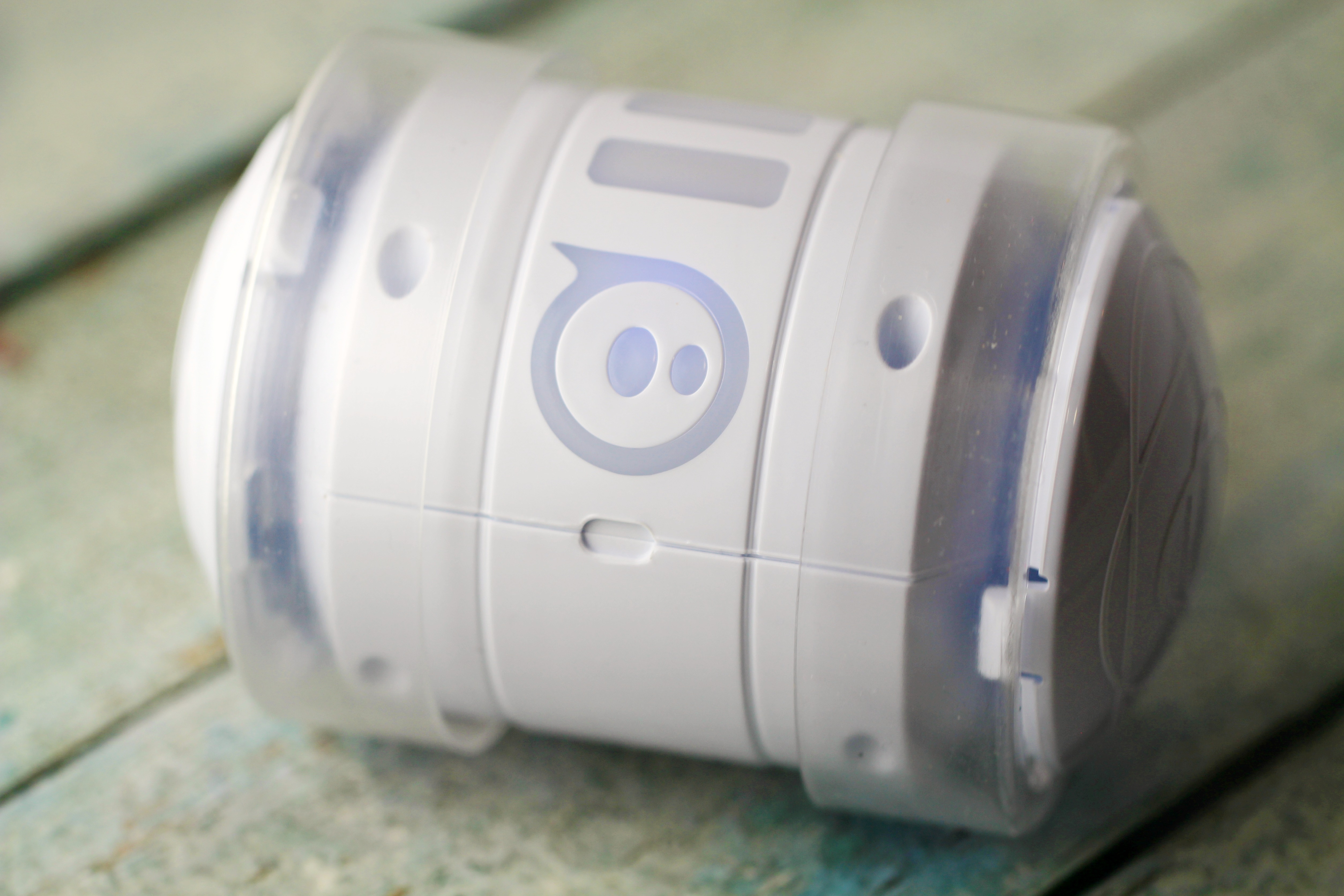 Still haven’t found a gift for that one person who has everything? Well look no further because no Christmas tree is complete without a remote control robot underneath it, now is it?

Ollie by Sphero is definitely one of the coolest items I’ve come across this year, and possibly one of the most fun for adults and kids alike making it perfect for just about anyone.

I have to say when I was first approached to review Ollie I was a little apprehensive.  I mean, yeah, I’m a techie, but robots and remote controls… that is something else entirely. I was pleasantly surprised though to find that it is easy enough for just about anyone to pick up and play.  There is nothing complicated and although there is definitely a learning curve as far as learning to control Ollie, this is something many will master easily.  Just like a video game, but in the physical world. 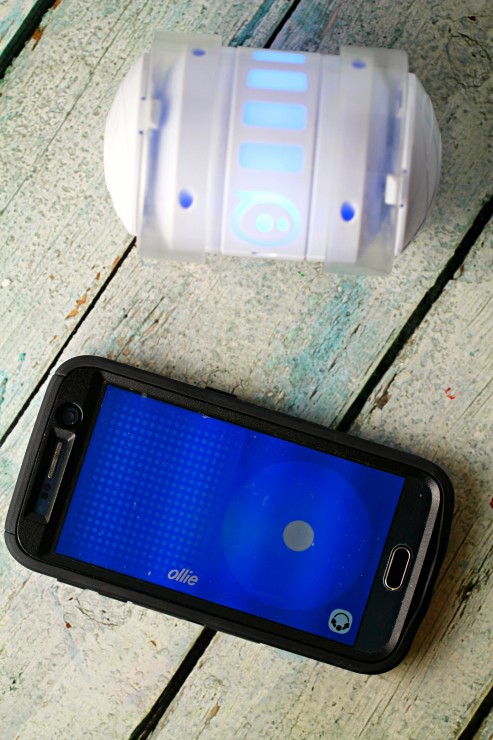 Ollie is controlled via a free app that is available for both IOS and Android just like a video game.  Moving is easy, but like I said moving with control is a little more difficult.  I found early on through the walk through that flipping your smartphone or tablet would turn on trick mode which is basically my favourite thing ever.  Ollie is so easy to get started with.  Simply attach the hubcaps, charge Ollie via microUSB, then start up the app on your device, and once connected to Ollie you are set to go for a full hour of continuous play before needing to recharge.

Ollie connects to your device using Bluetooth LE which means you have 30-meters of wireless connectivity which is handy since Ollie is capable of speeds up to 22.5 km/h. 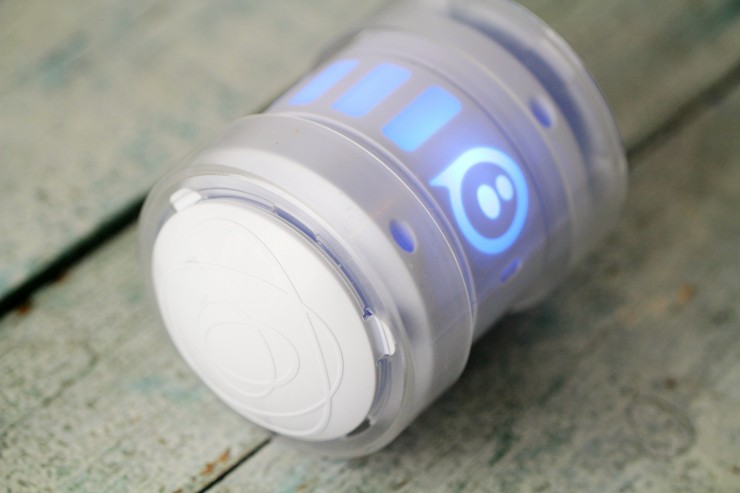 You can make Ollie spin,  flip, drift, jump and perform mid-air tricks, plus the smartphone app rewards players with points, based on the difficulty and execution of the trick performed.  Tricks are as easy to perform as swiping your finger across the trick pad but to pull off tricks like flipping you need to be able to pull off moves like steering Ollie towards a ramp.  I’m not quite there yet, but I’m really good at making Ollie spin which in turn delights my two little girls.  😉  (Check out the video below!)

Speaking of my girls, Ollie is shock resistant, something I appreciate since my 2 year old insists on chasing after it, picking it up, shoving it around, and everything else while shouting “Mommy’s O-bot!”.

Ollie can be played with inside or outside – it also comes with a set of rubbery tires for added traction when outside.  Since it’s winter I haven’t tested out the outdoor function but you can youtube Ollie and check out the performance in outdoor conditions for yourself.

Beyond gaming and the moves pre-programmed into Ollie, Sphero has developed a suite of apps that allow anyone, even young kids,  to program new moves,  tricks and more using either code or simple visual commands. The free apps  also come with lesson plans and resources to help teach programming in a fun way for all levels.

Ollie is such a fun toy to own, and I can’t imagine someone not enjoying it.  Even if you think controlling this little robot will be too hard,  you think you are too old for toys… nope.  I can guarantee a few minutes of playing around with Ollie and you will be completely hooked too.

I've read soo much on these.. some good some bad, still has me intrigued.

lol.my friends son got one for Christmas and its really a cool device

This looks like a really cool little robot! My husband would have so much fun with this but we would probably have some trouble with the dog chasing it!

Looks like a really cool and functional toy. I'll have to tell my mom about this.

Looks like a really cool and functional toy. I'll have to tell my mom about this.