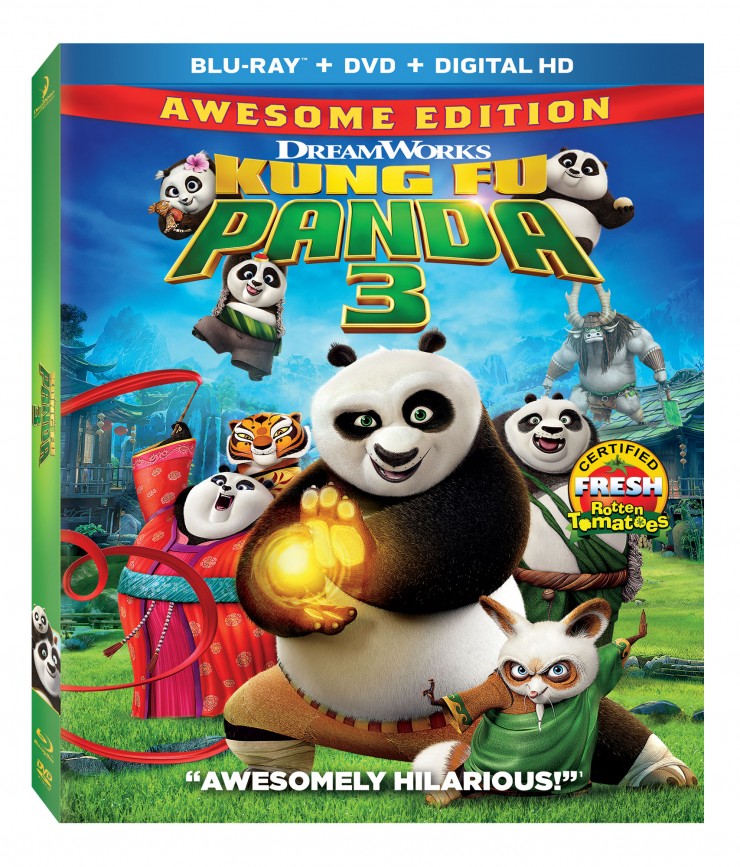 DreamWorks Animation’s KUNG FU PANDA 3 is not only one of the best reviewed films of the year, but also one of the top five grossing films of 2016 worldwide. Everyone’s favourite wise-cracking, dumpling-snacking hero is back in “the best Kung Fu Panda yet,” proclaims Pete Hammond of Deadline.com. A hit with audiences and critics alike, the film received an outstanding audience reaction with a coveted “A” CinemaScore® and Certified Fresh on RottenTomatoes.com. 20th Century Fox Home Entertainment released DreamWorks Animation’s KUNG FU PANDA 3 AWESOME EDITION on Digital HD on May 13 and Blu-ray™ and DVD on June 28.

After reuniting with his long-lost father, Po travels to a secret village and meets tons of hilarious new panda friends and family members. But when the supernatural villain Kai challenges all the Kung Fu masters across China, Po must discover the teacher within himself and train his clumsy brethren to become the ultimate band of Kung Fu Pandas! 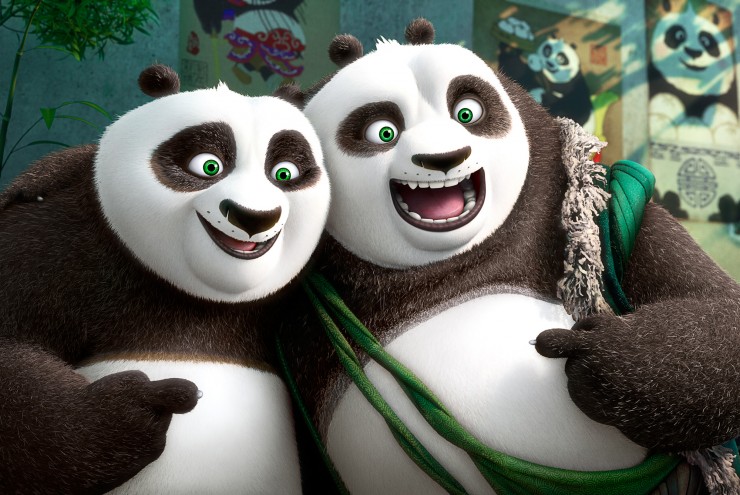 Everybody Loves a Panda Party – Join Po and the entire cast of lovable pandas to sing-alongand learn why everybody loves a panda party in this all-new presentation.

Po’s Posters of Awesomeness – Po leads a deeper exploration of the awesome art in Mr. Ping’s hut as the posters come to life and illustrate his hilarious stories.

Make a Panda Party Paper Pal – Learn the mystic art of paper folding and create a village of panda pals as Po hosts this fun and entertaining tutorial.

Play Like a Panda – Adorable overload! Learn all about real baby pandas, their amazing lives, and their remarkable playful ways.

The Origin of “Skadoosh” – For the first time ever, Po reveals the extra-super-secret origin of his world-famous catchphrase.

I wasn’t sure how excited to feel about the third movie in this franchise, we all know that most of the time a third movie means a poor attempt at a money grab.  This is not the case with Kung Fu Panda 3.

The animation, just to start, is superb. The colours are vibrant, and there is an incredible depth and attention to detail that really makes the visuals quite beautiful. The voice talent is equally as strong, which makes the script work so well.  The message is uplifting and positive, something parents will enjoy as much as children.

One Frugal Mom Eh reader will win their own blu-ray copy of Kung Fu Panda 3. Giveaway is open to CAN/USA and ends on July 17th at 11:59 pm EST. See Giveaway Tools form for entry and T&C.

Po is definitely my favourite member of the Furious Five.

It would be great to win a Blu-ray copy of Kung Fu Panda 3. In response to your question of Who is your favourite member of the Furious Five? My favourite is Po. Thank you for having this giveaway.

We love Tigress. She is so strong and brave and yet a softie with that baby Panda :)

We all love PO in this house! He is the best!!