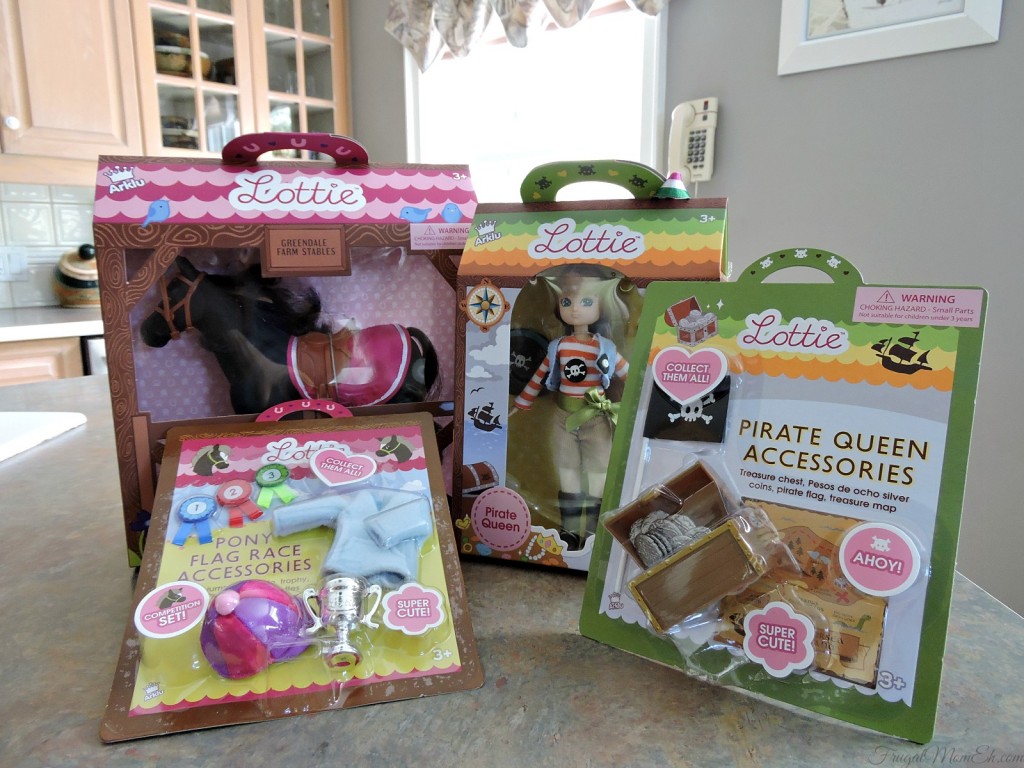 Lottie is an award-winning doll intended for children aged 3-9 aimed at encouraging a healthy and positive body image.  Unlike other “fashion” dolls, Lottie has a ‘childlike’ body, doesn’t wear makeup, jewellery or high heels and can stand on her own two feet.  Lottie does all the activities that real kids do; and there are currently 12 Lottie dolls available, as well as 6 accessory sets and 6 outfits.

I am all for empowering girls and women.  I really am concerned with my daughters being exposed prematurely to sexualisation as well as stereotypical gender roles, especially since the world has changed so much since the 1980’s.  I do think these issues in general have a lot to do with the media our children are exposed to and how we parent our children more than anything else, but providing girls with wholesome dolls like Lottie is definitely part of the bigger picture and a good step in the right direction. 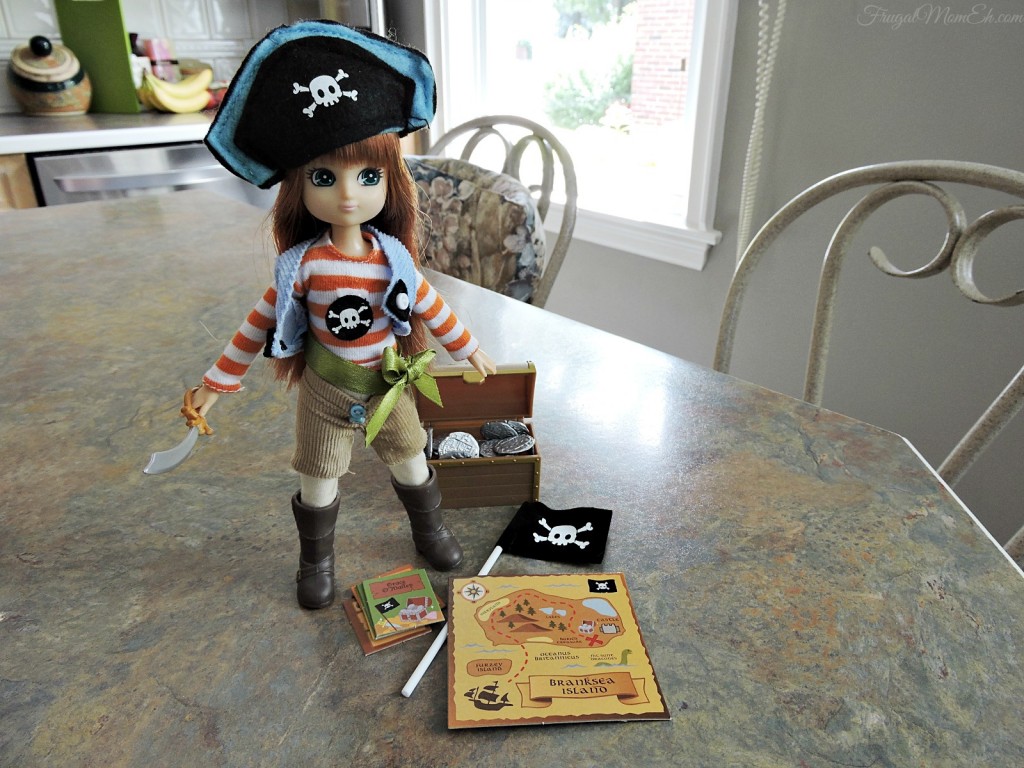 I love how relateable Lottie is for young girls and how varied her interests are just like any other little child’s interests would be.  Her body is based on the average proportions of a 9 year old girl with the exception of her head (which has been increased to accommodate hair play).  Lottie loves ballet, ponies, kittens and butterflies just like real girls do but she also really enjoys practising Karate, working at the lighthouse, pony racing and is one serious Pirate.  She’s all about letting girls be girls, doing all the activities a child would do, and not growing up too quickly.

Pirate Queen Lottie is simply amazing.  I love her.  I wish I had her when I was a kid.  She carries a sword and is based on real life pirate Grace O’ Malley and even comes with a tale relating how Grace’s father was a clan chieftain in Ireland who taught her to sail and she eventually came to be in charge of hundreds of men and many ships and became a very powerful woman.

Perhaps being a Pirate is an unconventional career path, but it certainly shows that girls can do anything boys can do. 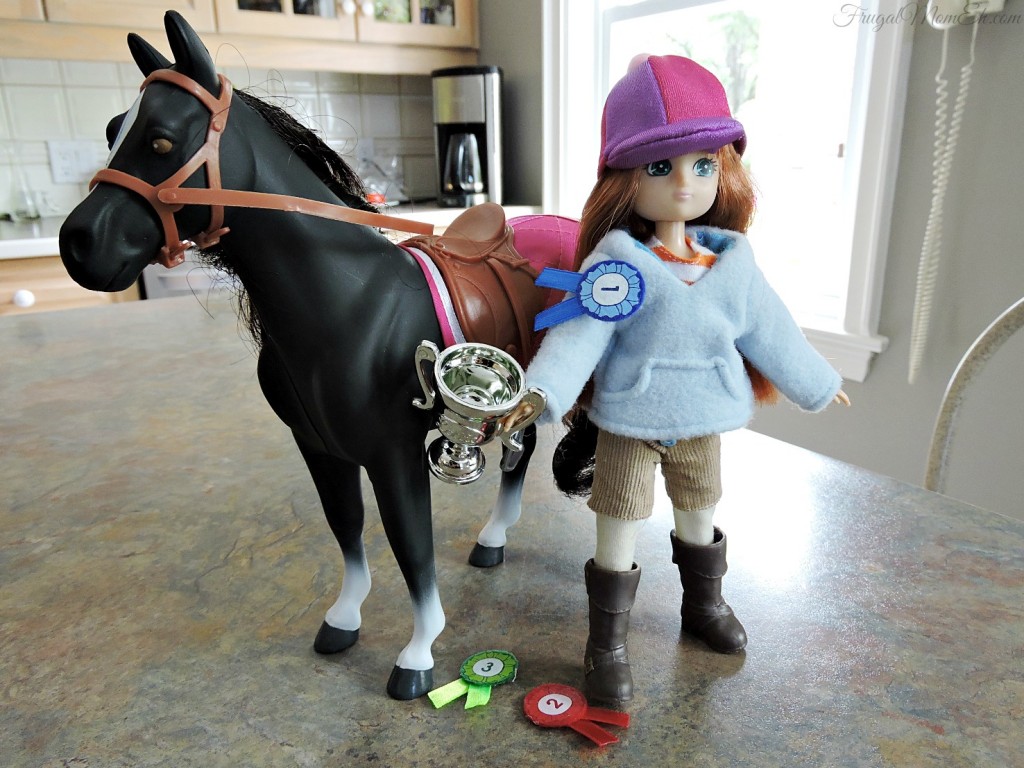 Seren the Welsh Mountain Pony comes with a saddle, bridle, stirrups and numnah (a saddle pad that acts as a protective cushion between the pony and the saddle). Seren has a thick mane and pony tail of silky soft brushable hair.   The Pony Flag Race Accessory Set turns any Lottie doll quickly into a jockey and includes a fleece jumper for Lottie, a trophy, a riding hat cover and three rosettes.

Lottie’s clothing is extremely detailed, vibrantly coloured and well made.  I love how easy her clothes are to get on and off which makes changing from Pirate to Jockey a simple task rather than a frustration.  She also features bendable knees with ball socket hips and arms; one of my favourite features, aside from her small size at only 18cm tall,  is how bendable she is. 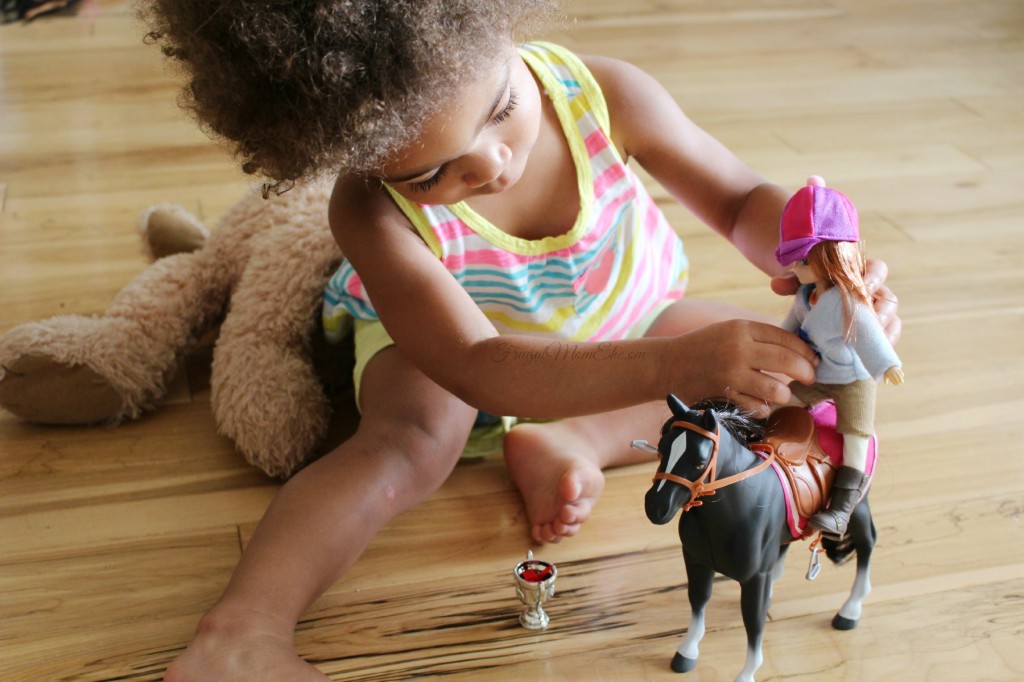 Both Lottie and Seren came packaged in collectable boxes with handles that are perfect for using to house the dolls as well as the accessory sets.  I like everything to have a home, so its nice to be able to simply re-use the packaging.

Keira absolutely loves her Pirate and “Horsey” as they are known around the house.  She won’t be three until January, but already has a great imagination and can frequently be found guiding Lottie around on the Pony searching for hidden coins. 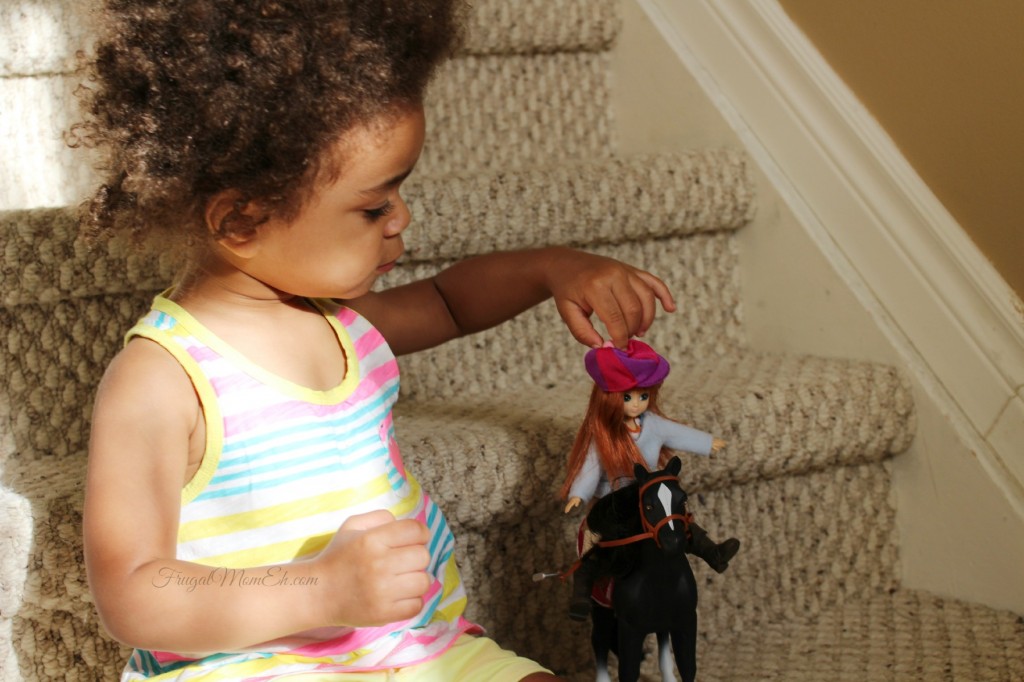 Since her launch in 2012, Lottie is now on sale in 30 countries, has won 19 international awards including a Canadian Toy Testing Council 3-Star Award and Neighbourhood Toy Stores of Canada (NETS) Gold Star Winner, and received press coverage in the Huffington Post, Toronto Star and City News etc.  In Canada, Lottie is available at local retailers near you including Mastermind, Toys R Us and independent toy stores.

Changable clothing and accessories makes for a good doll

This Doll would sure make a little girl happy at Christmas time !

The perfect doll for a little girl

These dolls are so cute!c