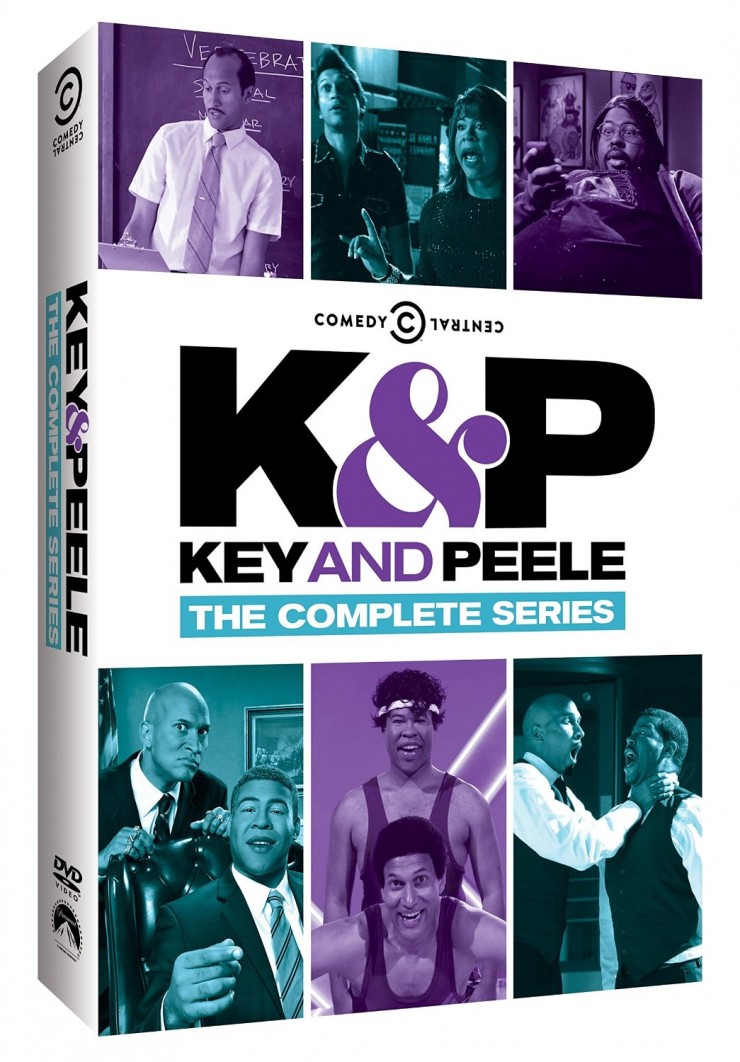 Keegan-Michael Key and Jordan Peele’s subversive sketch comedy show is now available in its entirety, from Mr. Garvey’s irrepressible rage to every incarnation of the East/West Bowl rivalry to Luther, Obama’s anger translator.

This complete series DVD collection includes all 53 hilarious episodes from the show’s triumphant five seasons, including two seasons that are all-new to DVD. Guest appearances throughout the series include Ty Burrell, Rashida Jones, Rebecca Romijn, Mekhi Phifer, Rob Riggle, and many more!

Hailed as “the most successful comedy duo on television” (Newsday), Key and Peele were featured on Time Magazine’s 2014 list of the 100 most influential people and also won a Peabody Award that same year. The show was additionally nominated for 12 Primetime Emmys and six Image Awards.

If you love comedy, Key and Peele is one amazing series – they push the envelope with hilariously astute social commentary. The sketches are smart, funny and well-produced – the mix of live and filmed comedy in the first three seasons is particularly compelling. From the first season to the last, you will find yourself laughing hard from episode to episode.

Key and Peele: The Complete Series DVD set includes all 53 episodes of the show and is available to purchase now.

What is your favourite Key & Peele sketch?

I checked this out last night on you tube and its so funny....i have to get these for winter watching

These guys are hilarious! Been a while since I've seen them on t.v so knowing about this dvd is great!

Wow,where have i been to have missed this series....going to check it out !!

Never heard about this series before, will have to check it out.

I loved this series! It was hilarious.