Disclosure: I was provided with the product mentioned below in order to facilitate this review. All thoughts and opinions are my own. 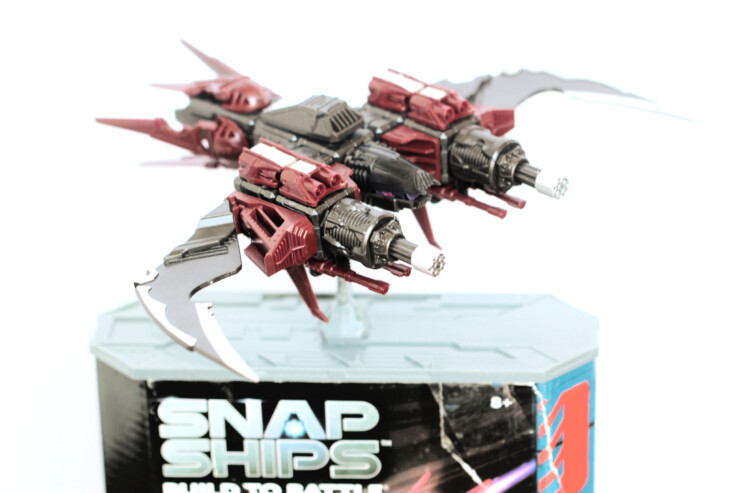 Snap Ships™ are a newly launched line of building toys designed for kids ages 8 and up. Snap Ships combine buildable spaceships with an exceptionally innovative app featuring both gameplay and augmented reality content along with an engaging story kids will enjoy exploring.

The world of Snap Ships takes place in the distant future featuring The Komplex, a brutal race of aliens who have used their advanced technology to take over many planets across the galaxy.

To protect themselves from the Komplex, humanity has formed The Forge with the intention of stopping The Komplex from taking over the rest of the galaxy. 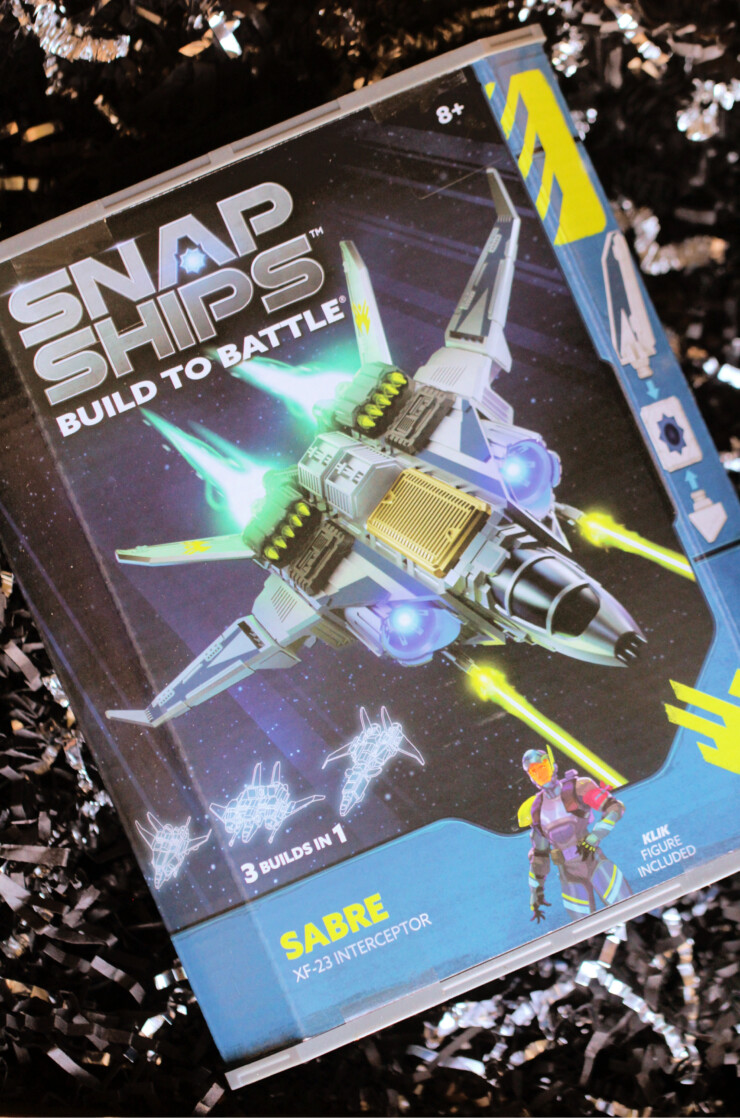 Thrown into the mix is the advanced technology left behind by the ancient lost civilization of the Uju Kon. This technology transforms the snap ships with powerful abilities that could make the difference in the fight between the Komplex and the Forge.

To tell the epic story of the Snap Ships universe, PlayMonster has joined forces with award-winning content studio Wind Sun Sky to produce a fast-paced and edgy animated series. Season one of the series, Snap Ships: Dawn of Battle is available to watch on Youtube now. 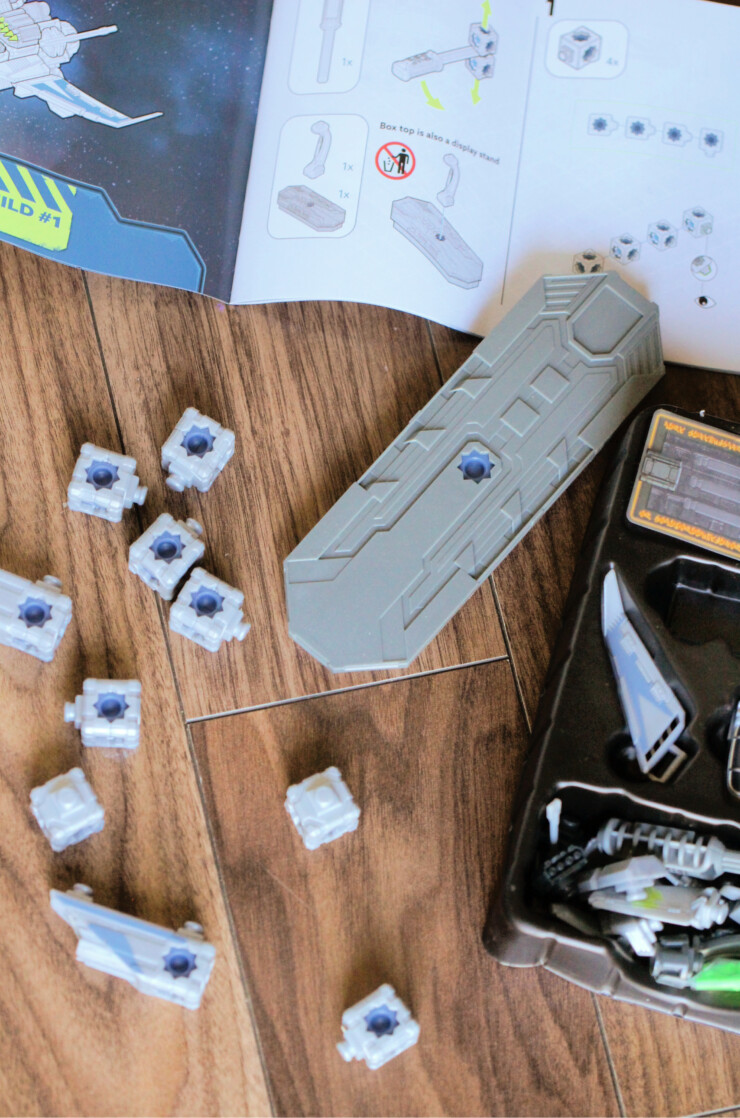 Each Snap Ships set is packaged in a cardboard box with a plastic top that doubles as the base of the display stand for the ship. Inside the box is are all the components including instructions, a poster, your pilot and a mystery UJU technology piece which is a fun projectile laucher. 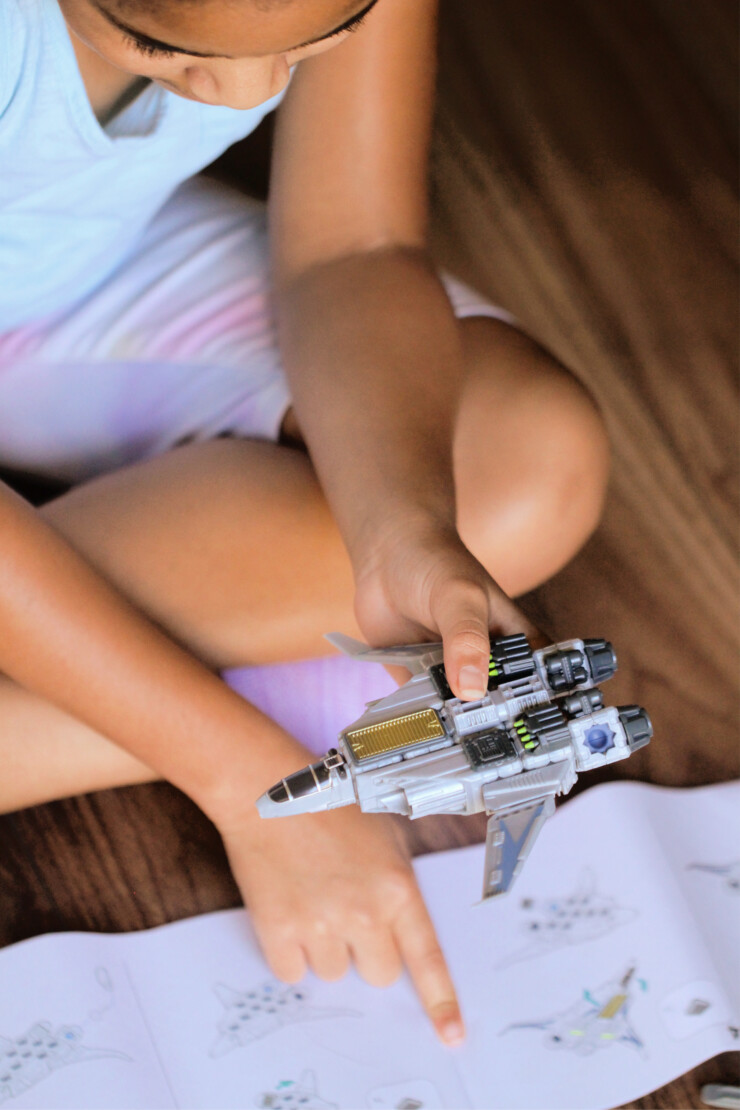 Assembly of the ships is easy enough that my six year old was able to independently follow the instructions to piece together the build she chose as easily as her older sister. This is thanks to how clear and readable the instructions are.  Everything is laid out clearly and even the correct orientation of specific parts is detailed. 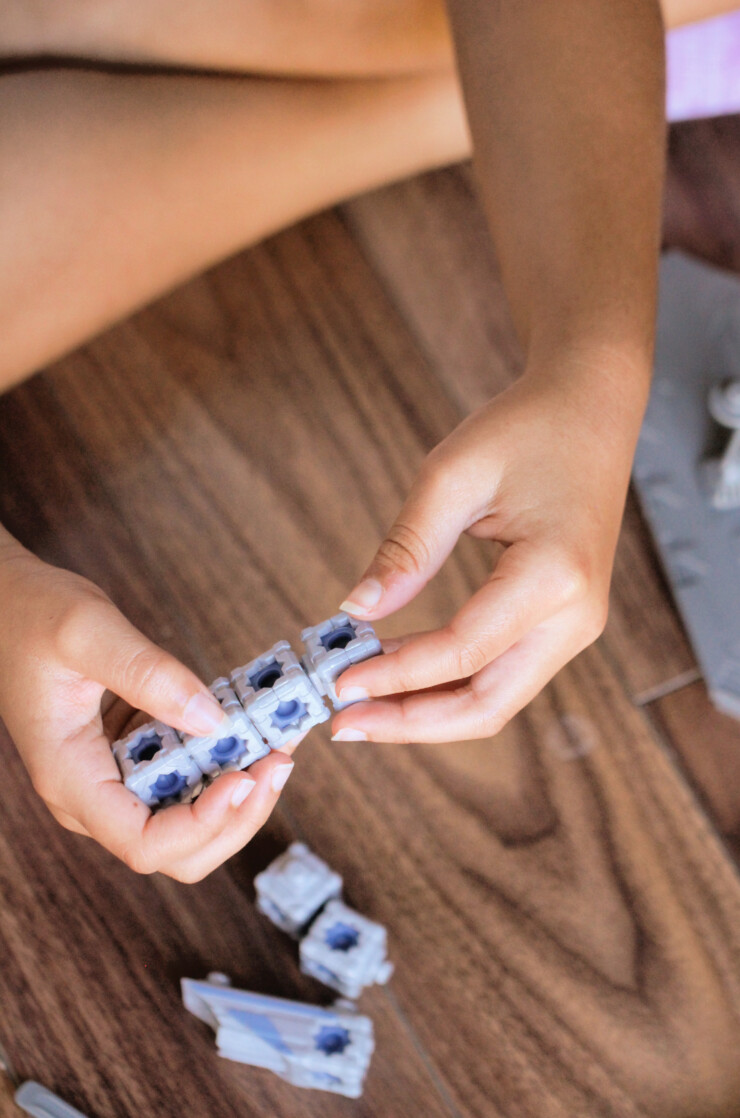 The pieces are based on a modular design with blocks which are used to create the frame for the vehicle which you then attach other components to. The Snap ships system makes use of a snapping mechanic featuring pegs and holes that snap together into place. 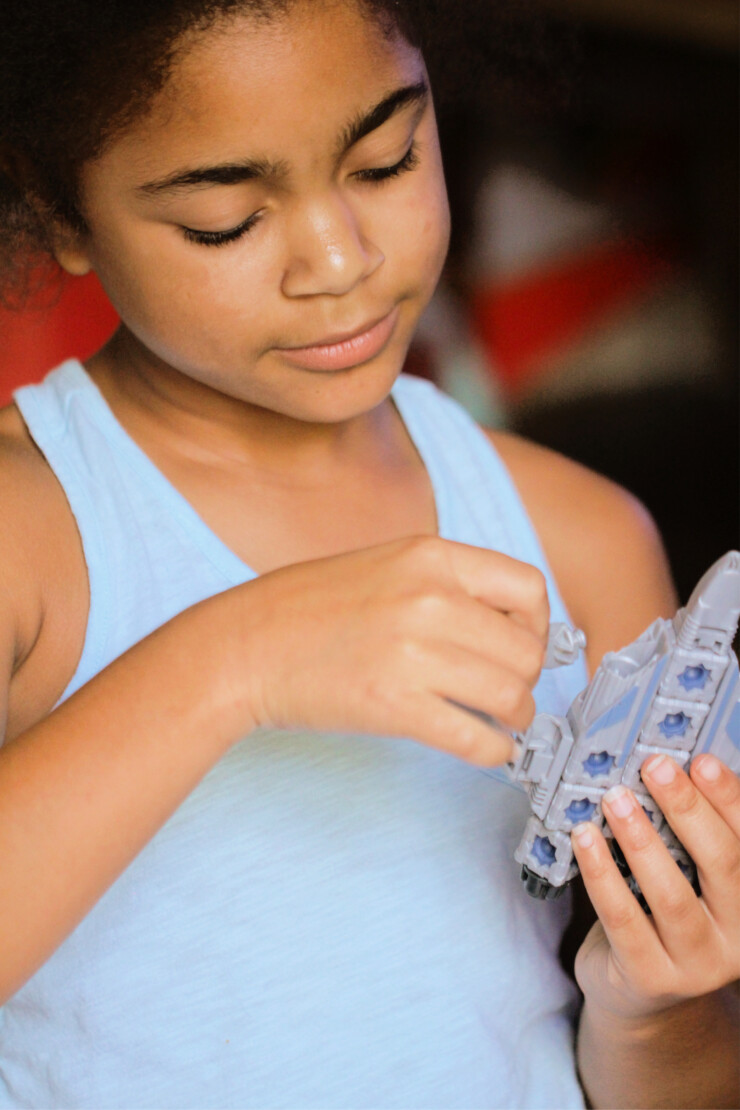 Each set also includes a seperation tool to take things apart should you make a mistake or for when you are ready to rebuild your ship. 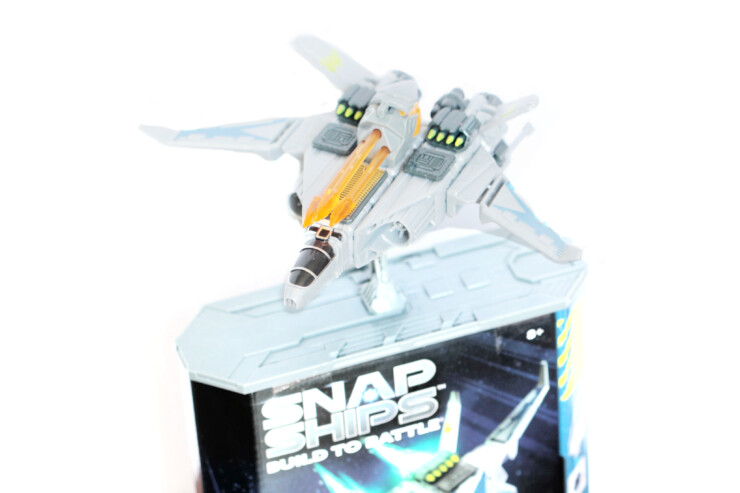 The instructions do include a few different build options, but the sets can also be used independently from the instructions and built freestyle which I really love. 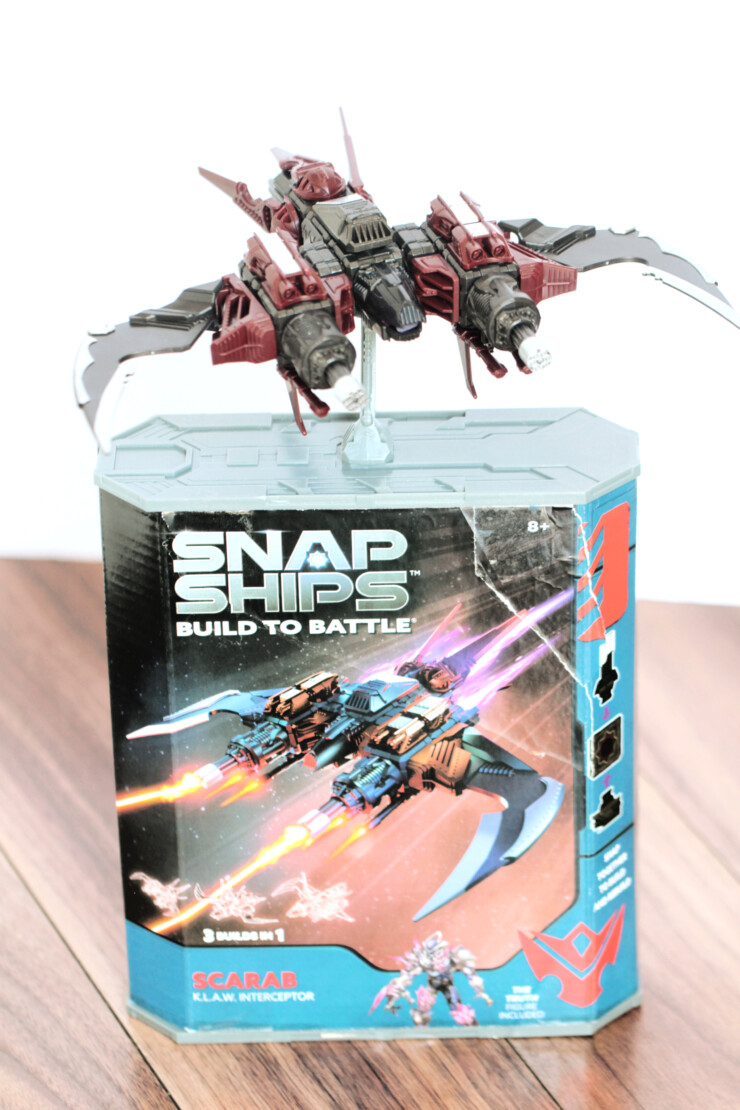 Snap Ships are  fun on their own as toys, but as mentioned there is also the Snap Ships app that really brings Snap Ships to life. The app lets you keep track of what sets you own and help you bring the ships to life using augmented reality to test the ships systems. There is also a simple fly through mission, build instructions and more.

My kids especially loved the app and thought the AR was really cool, they loved watching the AR ship explode missiles into the wall.

Overall Snap Ships have a really cool concept that kids are sure to really engage with thanks to the multiple options for play.

Snap Ships are available for purchase on Amazon, Target, and other retailers for a suggested retail price of $9.99–$39.99 USD. 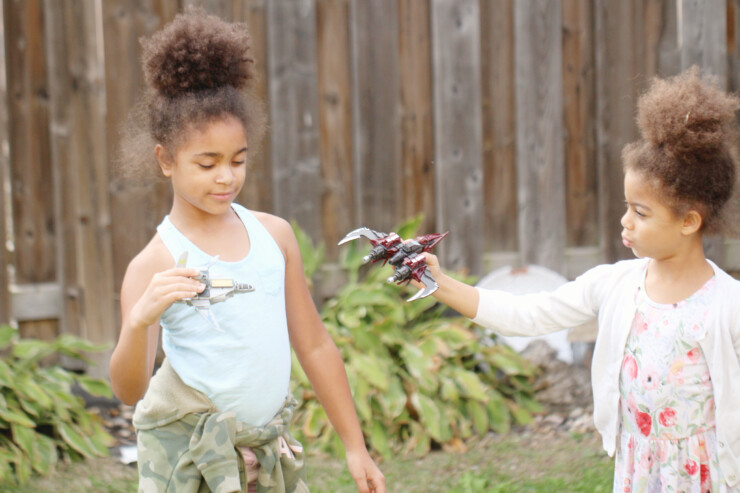 Those are really cool toys.

Looks like a fun toy. My grandson would really enjoy building one of these.