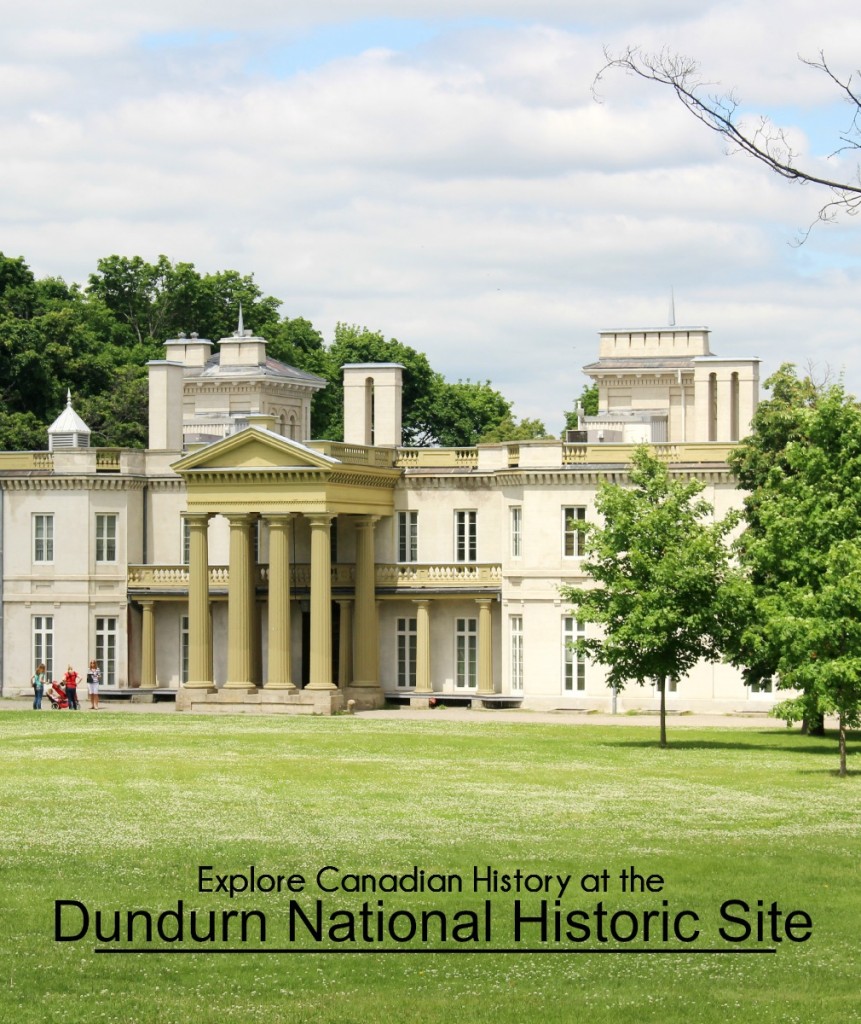 One of my favourite historic sites in the region is Dundurn Castle, part of Dundurn National Historic Site, the country home of Sir Allan Napier MacNab, one of Canada’s first premiers. 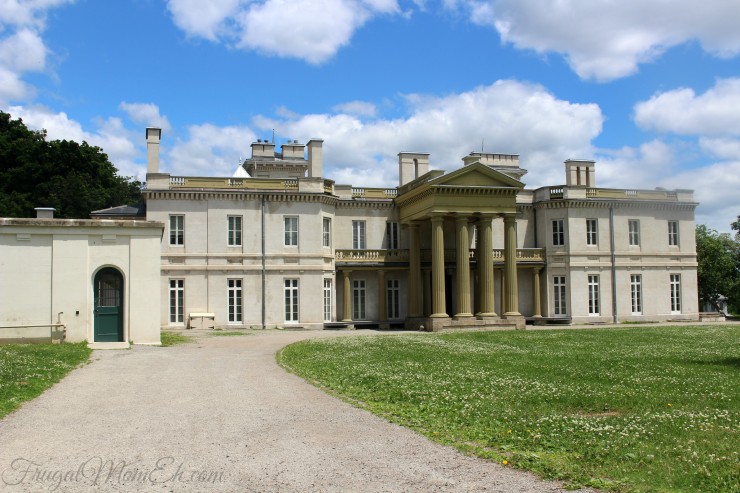 Dundurn Castle is located in Hamilton, Ontario, on a height of land known as Burlington Heights.  During the War of 1812, the British Army established a military post at the site.  Sir Allan MacNab later incorporated elements of the post into the construction of Dundurn Castle during the 1830’s.

It is important to note that this is not a true castle, but rather a villa, it was nicknamed a castle by the residents of Hamilton. 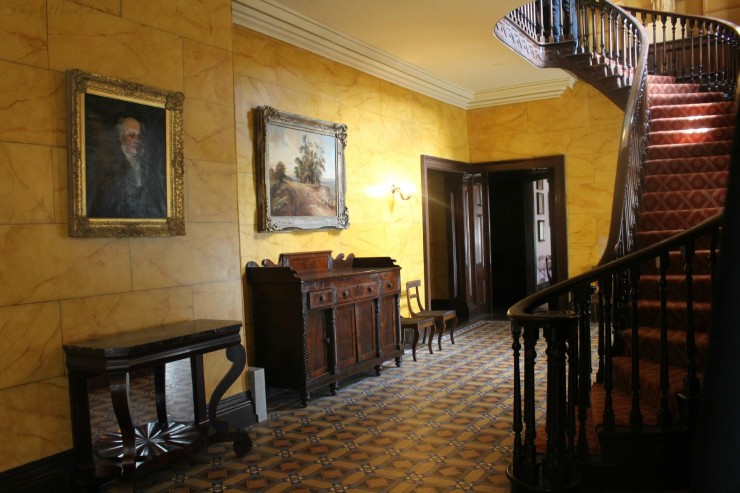 Touring Dundurn Castle offers a unique look into Canadian life during the mid-19th century, prior to confederation.  Fans of Downton Abbey will be particularly interested as it provides a look into a home with similar facilities (although from different time periods).  Dundurn was built with plumbing, gas lighting and even an indoor toilet which was very forward thinking for the time.

The tour itself is guided by costumed staff who are quite knowledgeable about not only the history surrounding the castle, but about daily life within as well.  The tour starts with the entrance hall featuring a magnificent floating black walnut staircase.

I have toured Dundurn Castle several times now, but this is the first time that I have been during warmer weather.  Each visit offers a different experience so it is worth visiting over again through the years.  If you visit during the Christmas season the staff will have the entrance hall decorated seasonally and it is really quite lovely looking and tasteful.

You are then led into the “Pink room”, a room which was “not for children”.    The furniture and chandelier are pretty grand looking on their own but the plasterwork is exquisite. Everything has been carefully preserved or restored to how it would have looked during the time period.

There are 40 rooms open to the public, and includes the main floor, upper floor and the basement.

Don’t be afraid to bring children, young and old, along as the tour guides are quite adept at including them.  There is no stroller access so you need to be prepared if you have an infant or toddler.  We brought along Keira (2) in a harness so she could walk around and Ava (6 months) in a carrier.  This allowed us to still enjoy the attraction ourselves and worked quite well to keep them both happy.

It is interesting to note that Camilla, Her Royal Highness The Duchess of Cornwall is the museum’s Patron and the great, great, great granddaughter of Sir Allan MacNab.

It was really interesting to see how the MacNab family lived and all the comforts they were able to afford.  The rooms are very beautiful and painstakingly recreated.   I have to say though that my favourite part of the tour is the basement where many of the servants lived and worked. It is interesting to see the contrast between the two.

The lower level includes the servants quarters, the refrigerator including a large ice pit, a brewery, a vault and more.  Military history buffs will be interested to note that there is even an original gunpowder magazine from the war of 1812 located in the basement. To finish off the tour we were brought to the kitchen, also in the lower level, and were offered seasonal delights true to the era, baked by the chef in the actual kitchen itself.

One of Hamilton’s most-recognized landmarks, Dundurn Castle is a National Historic Site that illustrates the life and times of Sir Allan Napier MacNab (1798 – 1862).

Dundurn Castle was constructed over a three-year period, and completed by 1835. Designed by a young English Architect, Robert Wetherall, Dundurn was built around the brick shell of Colonel Richard Beasley’s colonial home.  Designed as a fashionable Regency style villa, Dundurn (Gaelic for “strong fort”) was nicknamed “Castle” by the citizens of Hamilton.  The Castle, with its gardens, grounds and many unusual outbuildings, was one of the finest estates in the province.

Today, Dundurn Castle has been restored to the year 1855 when MacNab was at the height of his career as a lawyer, landowner, railway magnate and Premier of the United Canadas (1854-56). Over forty rooms, above and below stairs, have been furnished to compare the life of a prominent Victorian family with that of their servants. Costumed staff guide visitors through the home, illustrating daily life from the 1850s.

MacNab, born in Niagara-on-the-Lake, came to Hamilton from York in 1826 to begin his career as a lawyer. Having lost his first wife Elizabeth Brookes that same year, he raised his two children Robert and Anne Jane as a widower. In 1831, MacNab married Mary Stuart and had two more children, Sophia and Minnie. During the construction of Dundurn, his son Robert was killed in a hunting accident. MacNab was an important figure in the pre-Confederation history of Canada. He was declared a “Boy Hero” for his role in the War of 1812. Following his support of the royalist cause in the Upper Canada Rebellion of 1837, Queen Victoria knighted MacNab. Sir Allan MacNab left his mark on the growing town of Hamilton by helping to establish the railway, the first bank and representing the area for thirty years in Parliament.

Tour with your Family:

A Family Pass (two adults and Dependant children under 18) for the Dundurn National Historic Site is only $30!  The tour takes approximately 1 hour to complete.

Leave time to browse in  The Castle Gift Shop, featuring Canadian handmade crafts, souvenirs and special gifts. Enjoy a visit to the Hamilton Military Museum and the restored Kitchen Garden, all located in Dundurn Park.