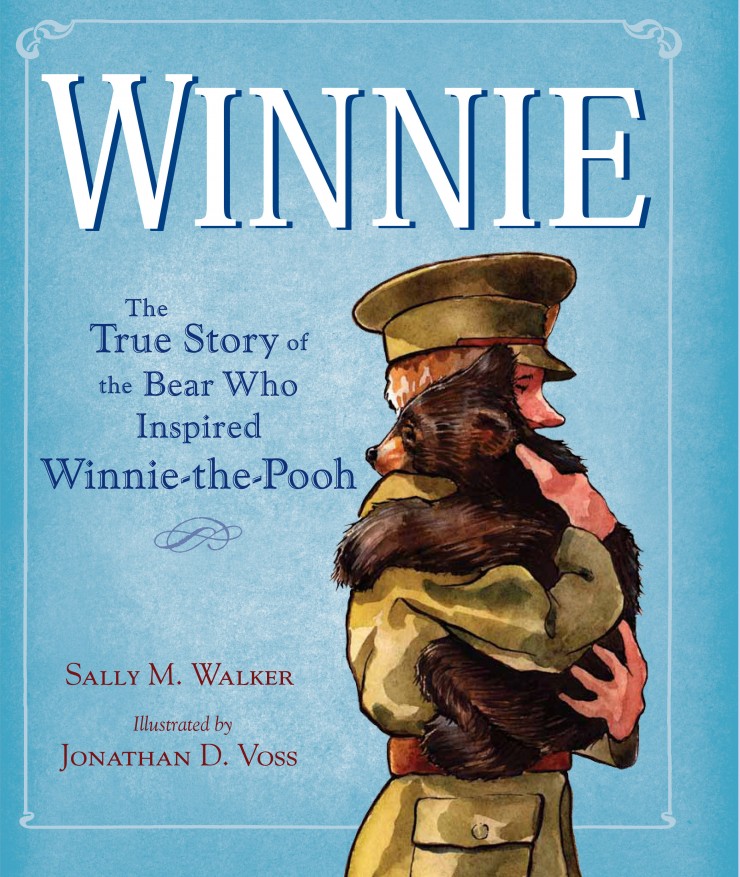 Who could care for a bear?

When Harry Colebourn saw a baby bear for sale at the train station, he knew he could care for it. Harry was a veterinarian. But he was also a soldier in training for World War I.

Harry named the bear Winnie, short for Winnipeg, his company’s home town, and he brought her along to the training camp in England. Winnie followed Harry everywhere and slept under his cot every night. Before long, she became the regiment’s much-loved mascot.

But who could care for the bear when Harry had to go to the battleground in France? Harry found just the right place for Winnie while he was away—the London Zoo. There a little boy named Christopher Robin came along and played with Winnie—he could care for this bear too!

My most favourite book growing up was my copy of Winnie-the-Pooh by A. A. Milne.  My Auntie gave me a a beautiful hardcover copy as a gift when I was just a tiny little thing.  I’d spend hours reading it over and over.  Now I am reading it over once again as bedtime stories for Keira, who also loves Winnie-the-Pooh.. which may be influenced by the fact that I decorated her room with a Winnie-the-Pooh Theme.  I think most of us grew up with and treasured reading Winnie-the-Pooh, and some of you may have also shared the stories with your own children. 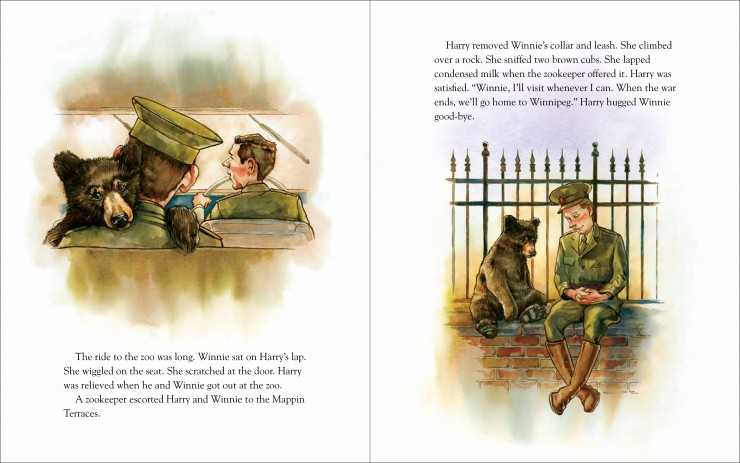 Winnie: The True Story of the Bear Who Inspired Winnie-the-Pooh by Sally M. Walker is a captivating true-story about the Bear that inspired the beloved story.  The story mostly focuses on the special relationship between Harry Colebourn, a WWI Canadian Veterinary Corps soldier and a young orphaned cub.

The illustrations are fun with a vintage feel and go a long way towards making this a very special book.  There are also real period photographs of Harry Colebourn, Winnie, and Christopher Robin included before and after the story.

I definitely recommend this title for Winnie-the-Pooh fans young and old! 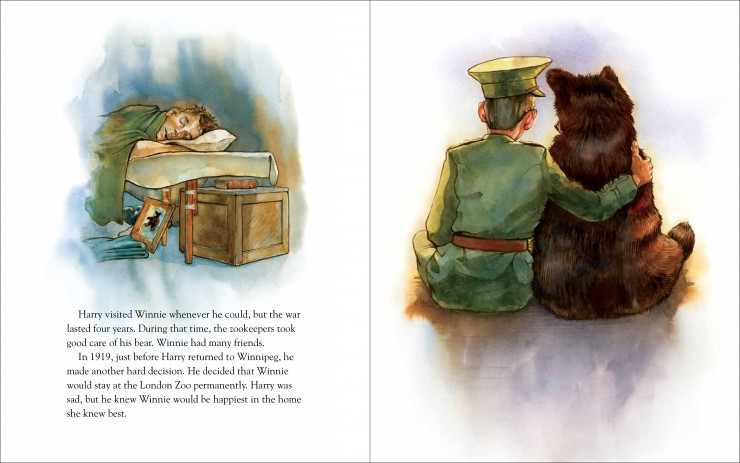 One Canadian Frugal Mom Eh reader will win their own copy of  Winnie: The True Story of the Bear Who Inspired Winnie-the-Pooh by Sally M. Walker.  Giveaway closes for entry on January 31, 2015 at 11:59 pm EST.  See Giveaway Tools form for entry and T&C.

I didn't know about this but it's so interesting! I would love to learn more.

Great post! Thanks for getting the word out on WINNIE! I love all the enthusiasm for Pooh and the real bear behind the stories. Thanks again :-)

I loved Winnie The Pooh

Enjoyed reading it to my kids when they were little.

I had a small collection of Winnie the Pooh books in my room and I remember reading them every now and then!

I have memories of my mom reading Winnie-The-Pooh to me. Pooh has always been one of my favourite Disney characters!