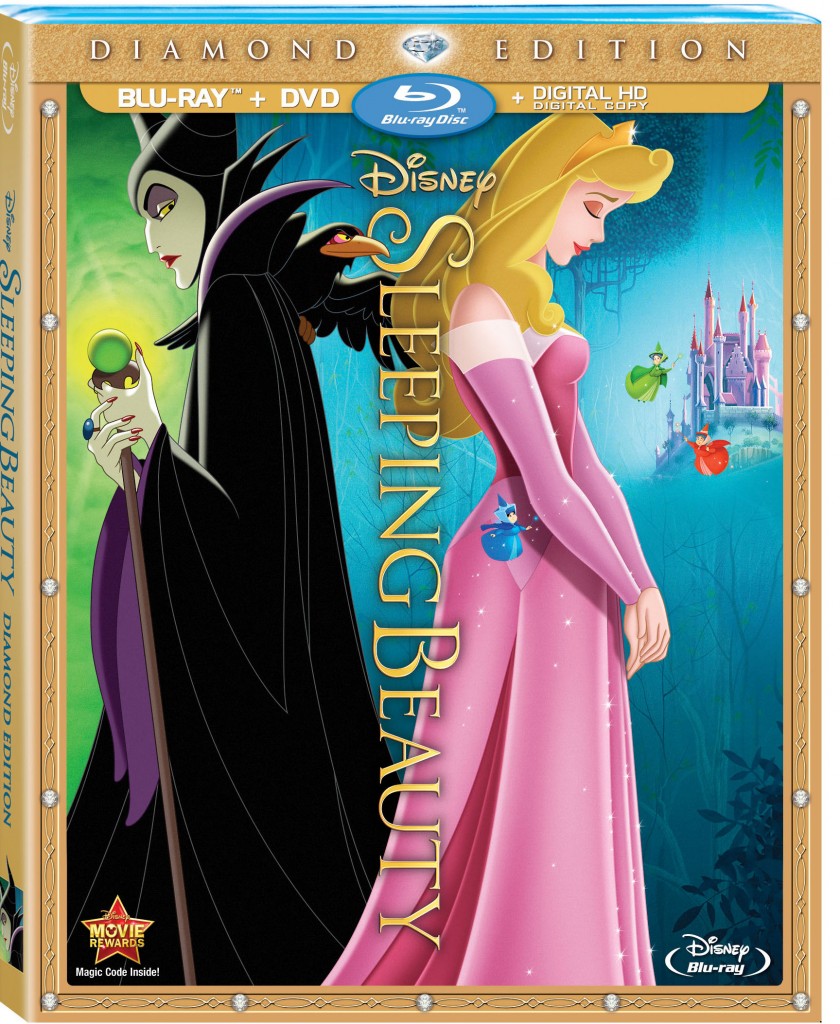 I’m a huge Disney fan.  Growing up I loved all the classics and even got to see some of the “newer” classics like Pocahontas, The little Mermaid, Beauty and the Beast, The Lion King and Aladdin when they first went to Theatre.  My favourite Disney movies as a child though were the three princess movies; Snow White, Sleeping Beauty, and Cinderella.

I can’t begin to explain how excited I was to find out I was pregnant with Keira; I couldn’t wait to watch Disney animation movies with someone who would be seeing them with fresh eyes and wonder.   Keira is now a devoted Disney fan although her favourites are  bit different from mine.  Top on her  most requested list currently is Tangled, the Princess and the Frog, Frozen and The Jungle Book.

Keira absolutely loved watching “Sleeping Cootie” (as she calls it) with me, and has added it into her rotation of frequently requested DVDs.

You will be amazed at the sound and video quality for a film that is 55 years old, the colours are ridiculously vibrant and the sound  was perfect on my surround sound system.  Watching the Sleeping Beauty Diamond Edition Blu-Ray was everything I remember, but better!

“Sleeping Beauty” tells the wondrous tale of a princess cursed by an evil fairy, protected by three loving fairies and, ultimately, saved by “true love’s kiss.” Featuring the voice talents of renowned opera singer Mary Costa as Sleeping Beauty and Disney stalwart Eleanor Audley as the evil fairy, Maleficent, the film’s vibrant visuals were created by a team that included Milt Kahl and Ollie Johnston, two of Disney’s legendary Nine Old Men and an Academy Award®-nominated score, 1959, adapted from the incandescent music of Peter Tchaikovsky. “Sleeping Beauty” is the sixteenth animated feature in the Disney animated features canon and was the last animated feature produced by Walt Disney to be based upon a fairy tale. It is the tenth film released as part of Disney’s prestigious Blu-ray Diamond Collection.

‘Once Upon A Parade’ (Starring Sarah Hyland) – Behind every attraction, event and parade at the Magic Kingdom is a unique story.  Join Sarah Hyland from ABC’s “Modern Family” as she tells us the tale of Walt Disney World’s new Festival Of Fantasy Parade.  This magical “in world” short film goes behind the scenes of the new parade and shows how the residents and characters of Fantasyland created this parade to tell their stories.

Art of Evil: Generations Of Disney Villains – This legacy piece spotlights Disney’s favorite villain animator, Marc Davis and his infamous creations of characters such as Maleficent and Cruella.  Throughout the piece, we will talk to modern day animators like Andreas Deja and also the new generation of Animators (Lino DiSalvo Animation Director of FROZEN) on how Marc’s designs and characters influenced what they do today.

@DisneyAnimation: ARTISTS IN MOTION (Extended Edition) – Join Walt Disney Animation Visual Development artist Brittney Lee as she goes through the process of creating a three dimensional sculpture of Maleficent, completely out of paper. In this extended edition, go deeper into Britney’s process.

BEAUTY-OKE “Once Upon A Dream” – Sing along to this kinetic text video of Aurora’s signature song.

Grab a Set of Free Printables by clicking on the Image below.   Just unzip, open in Adobe Reader and print! 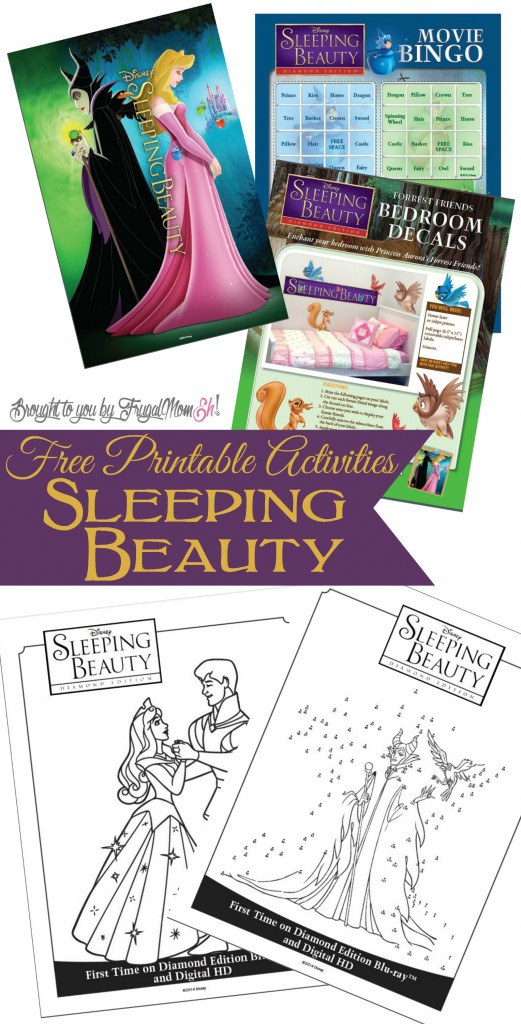 This is one of my favorite Disney movies,they really do make the best

This is one of the best Disney movies ever

Going to pick this one up for a stocking

I loved this movie as a child! It's one of my favourites.

This is one of my favorite Disney movies of all time.