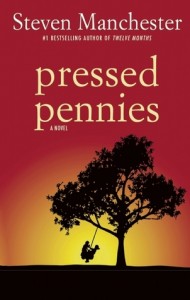 Rick and Abby grew up together, became best friends, and ultimately fell in love. Circumstance tore them apart in their early teens, though, and they went on to lives less idyllic than they dreamed about in those early days. Rick has had a very successful career, but his marriage flat-lined. Abby has a magical daughter, Paige, but Paige’s father nearly destroyed Abby’s spirit.

Now fate has thrown Rick and Abby together again. In their early thirties, they are more world-weary than they were as kids. But their relationship still shimmers, and they’re hungry to make up for lost time. However, Paige, now nine, is not nearly as enthusiastic. She’s very protective of the life she’s made with her mother and not open to the duo becoming a trio. Meanwhile, Rick has very little experience dealing with kids and doesn’t know how to handle Paige. This leaves Abby caught between the two people who matter the most to her. What happens when the life you’ve dreamed of remains just inches from your grasp?

Pressed Pennies is a nuanced, intensely romantic, deeply heartfelt story of love it its many incarnations, relationships in their many guises, and family in its many meanings. It is the most accomplished and moving novel yet from a truly great storyteller of the heart.

This is the second Steven Manchester title I have had the pleasure of reviewing, having previously read, and enjoyed, The Rocking Chair.

Pressed Pennies is another heartfelt offering from Steven that is sure to delight all readers, but especially those who grew up in the 1970s and 1980s as its full of well-placed  nostalgia for the days where conversation was an art and respect for your elders was expected (and given!). Steven has a wonderful ability to draw you into the story and take you along for a pleasant ride all while gently getting across a wholesome point (or two!)

I enjoyed reading the descriptions throughout the book of various places in small town Massachusetts.  Steven has a great ability to transport the reader into settings like Sam’s Bakery where I was left with a very real craving for meat pies.

Steven makes use of a mix of prose, the odd poem and more importantly e-mail conversations to tell this story which I think makes it really relevant and accessible to all generations.  A minor point is made regarding technology despite the e-mail threads.  It has its place but should never be placed above time spent with family and friends.  The major point readers will take away though is the importance of love, and that it often demands sacrifice. This story, overall, is a welcomed reminder that it is possible to overcome trials and tribulations and have your dreams come true.

As a mother, I also really appreciated the bond between Abby and Paige.  A satisfying read that I will enjoy coming back to, and recommend.

Steven Manchester is the published author of Pressed Pennies, The Unexpected Storm: The Gulf War Legacy and Jacob Evans, as well as several books under the pseudonym, Steven Herberts. His work has appeared on NBC’s Today Show, CBS’s The Early Show, CNN s American Morning and BET s Nightly News. Recently, three of Steven’s short stories were selected 101 Best for Chicken Soup for the Soul series. When not spending time with his children, writing, or promoting his works, this Massachusetts author speaks to troubled children through the Straight Ahead Christian Program, as well as Street Speakers; a talented group of high school poets from the Whaling City Alternative School.

I'm always looking for new books, and even better, new authors! Thanks, I will check this book 9and author out!)

When I start to read a book, I don't put it down until it is finished, often staying up all night

Wow! Sounds like a great read! Thank you for the great review!

Thanks for the review -- is this more of a YA book or a book for adults?