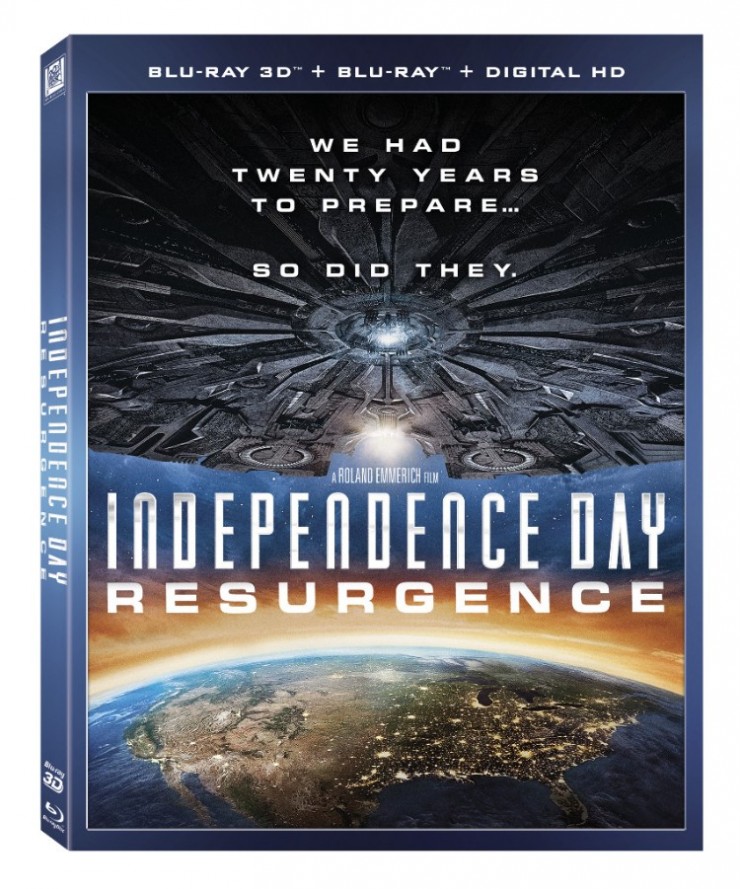 Twenty years after mysterious aliens nearly wiped out humankind, they’re back with a vengeance in this explosive sequel to the original blockbuster hit, INDEPENDENCE DAY! Using recovered alien technology, the nations of Earth developed a vast defense program to protect the planet, led by Jeff Goldblum, returning as brilliant scientist David Levinson. But nothing could prepare us for a new invasion of unprecedented scale—and only the ingenuity of a few brave men and women can save our world from extinction. Co-starring Liam Hemsworth and Jesse T. Usher alongside returning fan favorites Bill Pullman and Brent Spiner, INDEPENDENCE DAY: RESURGENCE is an action-packed thrill ride from start to finish!

It’s somehow been 20 years since the original Independence Day was released, and I looked forward to seeing what could be done in 2016 with this story. The answer? Apparently not much. The film is driven by special effects and action and misses out on the emotional and character driven story of the first that made it such a hit. The film does a bunch of subplots that feel all too familiar, tired and predictable.

There are some returning stars who almost salvage the film, however their presence is undone by some ridiculously bad acting and overacting on the part of most of the other actors.

If you lower your expectations though, this is a fun “popcorn movie”, just don’t go in expecting anything more than that.

I love the first Independence Day but sometimes sequels suck, so thanks for the review!

I haven't seen the new one but I absolutely loved the first one.

I almost saw this in the theater but due to poor reviews I chose a different movie. I am glad I did but I will probably rent this from Redbox. Thanks for the review.

Hi,thanks for the wonderful review sure i will be checking this out with DH real soon.

Thanks for the review, will probably check it out at some point when we need something to watch.