Since October is Fire Prevention Month it is a great time to think about how you and your family not only work to prevent fire in your home but also how prepared you are in case of fire.   Did you know that a working smoke alarm can reduce the chances of death in a fire by half?  Nearly 900 lives could be saved annually if every home had working smoke alarms.  Do you have a working smoke alarm in your home?
First Alert Canada sent my family The Atom Smoke Alarm as well as their Designer Series combination smoke and carbon monoxide alarm to test out.
The Atom Smoke Alarm is First Alert Canada’s new Smoke and Fire Alarm which packs all the power of a photoelectric smoke alarm yet is roughly the size of an egg and features a design that will fit into any homes decor. 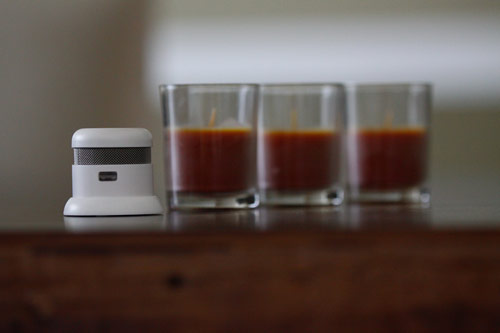 Aside from the aesthetics of the alarm, I loved just how loud and penetrating the siren on the alarm is.  I actually jumped when I first pressed the test button on it as I wasn’t expecting such a loud sound from such a small device.  Obviously this is perfect as you want the sound of the siren to reach the whole home when it goes off.  Definitely not an issue with this alarm!
The Atom smoke alarm also features micro technology with an advanced smoke entry system and a photoelectric sensor which detects both regular and smouldering fires and also reduces false alarms from activities such as regular cooking and steam from hot showers.  False alarms are a huge issue in our house, which for some reason lacks both an stove vent and a fan in the kitchen.  Our only source of ventilation in the entire kitchen area is one small window in the corner.  Our traditional fire alarm, which is located on the ceiling well past the recommended distance from the kitchen, gives constant false alarms when we are cooking, whether or not something is burning. 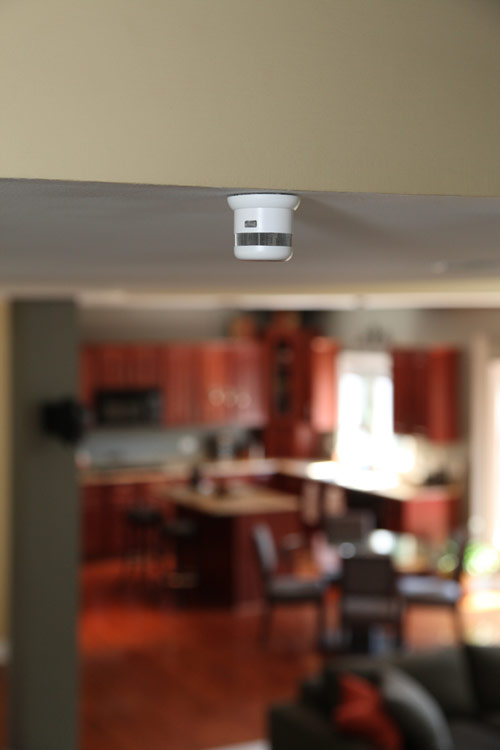 I tested the ability of The Atom to avoid giving us false alarms by simply placing it in the centre of the kitchen up high (not its final resting spot… this was in the name of science only).  I then went about my day cooking as usual just waiting to hear it go off.  It didn’t although the alarm down the hall in the living room went off a few times.  Say goodbye to the frantic dishtowel fanning at the smoke alarm while praying your infant just stays asleep through it all.
Best of all, thanks to the long life battery already installed, I am able to fit the alarm in minutes and not worry about it for a long while. 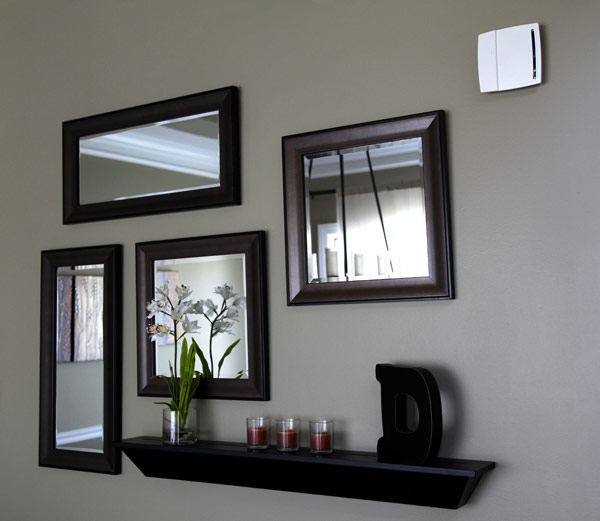 We also setup the First Alert Canada Designer Series alarm, which was easy to do thanks to the sliding mounting bracket.  The Designer Series is a Maximum Protection Combination Smoke and Carbon Monoxide Alarm with a sleek, slim design and a photoelectric smoke sensor.
As I discovered during setup and testing, it features an extremely loud pre-recorded voice and location feature to alert your family to the threat of smoke or carbon monoxide.  My heart was pounding, let me tell you,  I don’t see how you could sleep through this alarm!
I sleep a lot easier these days thanks to both The Atom and the Designer Series alarms.  I am more than confident in their ability to warn my family of the dangers posed by a fire or carbon monoxide poisoning.
Buy it:
The Atom will be available in October at: Canadian Tire, Walmart, and Lowes. 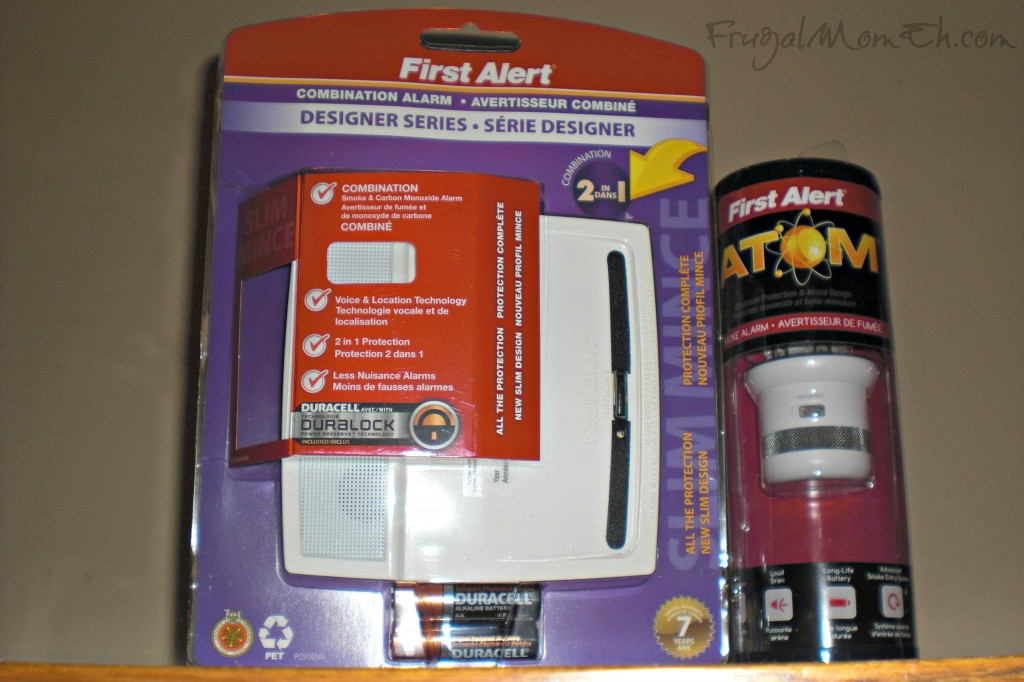 For another chance to win: In October, for Fire Safety Month, First Alert Canada will be running a sweepstakes on their Facebook page where they’ll be giving away one Atom alarm every day!

Disclosure:  I received the above mentioned products in order to facilitate this review

Liked that they are doing a daily giveaway on their facebook page.

they recycle old alarms. thanks

I`m very excited to learn that the alarms are now being recycled.

I`m very happy to learn that the alarms are now recyleable. Thankyou!