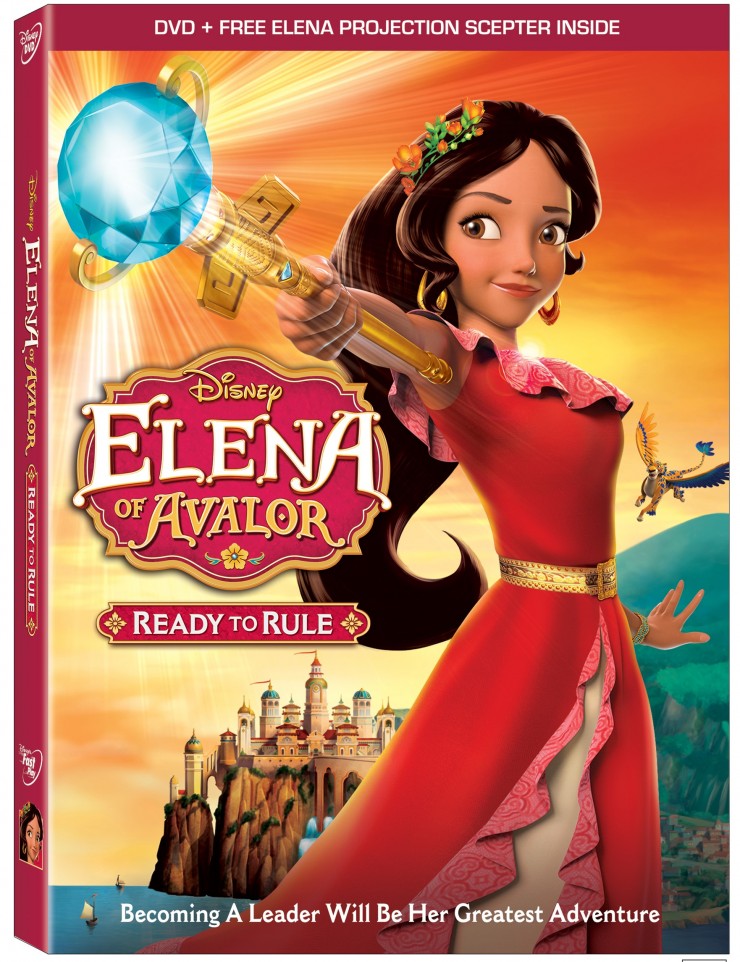 Disney’s newest princess comes to DVD with the release of Elena of Avalor: Ready to Rule just in time for the Holidays!  Join Elena as she learns about being a princess who will one day become a queen and rule her kingdom. She’s saved her kingdom from an evil sorceress who was trying to destroy Avalor, but that was the easy part!  Elena’s journey leads her to understand that her new role requires thoughtfulness, resilience and compassion, the traits of all truly great leaders.

This DVD is packed with laughs, new characters to cherish, and heart, Elena of Avalor: Ready to Rule is a must-own for the entire family! Includes Four Full Episodes and a FREE Exclusive Projecting Scepter – A Great Holiday Gift! Bring home this charming series on Disney DVD now!

Enter the Magical and Fantasy World of Avalor with the Adventurous Crown Princess Elena!

Set in the enchanted fairytale land of Avalor, “Elena of Avalor” tells the story of Elena, a brave and adventurous teenager who has saved her kingdom from an evil sorceress and must now learn to rule as crown princess until she is old enough to be queen. Elena’s journey leads her to understand that her new role requires thoughtfulness, resilience and compassion, the traits of all truly great leaders.

I"m a huge fan of Disney.. sadly my children weren't. My granddaughter loves Disney I'm sure she would enjoy this movie.

Oh I know my niece would love this DVD, definitely going to have to keep an eye out for it.

This sounds like a movie my granddaughters would enjoy.

So great! I am sure both my girls will love this movie. I have yet to see it myself and I am a big Disney fan. It is on the list :)