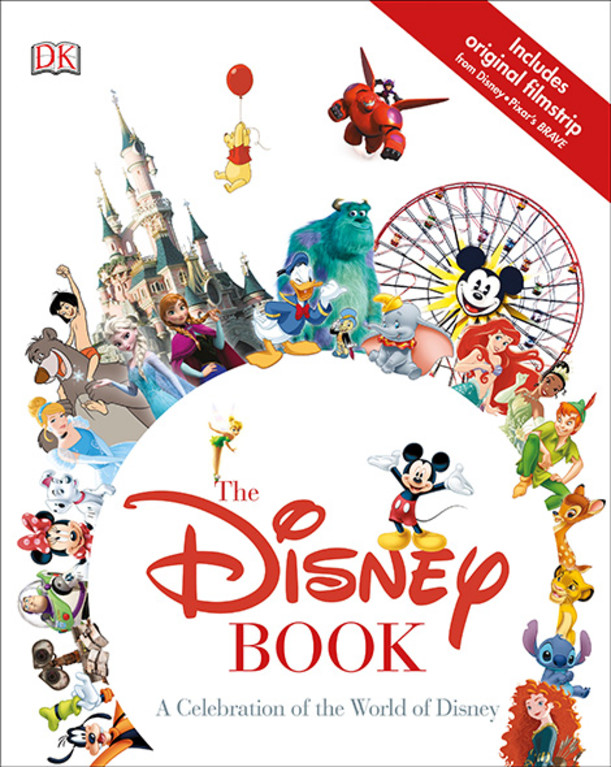 Celebrate the world of Disney in The Disney Book, from the beautiful animations and amazing live action movies to the magical Disney parks and attractions.

Go behind-the-scenes of Disney’s famous movies and find out how they were made, follow Disney’s entire history using the timeline, and marvel at concept art and story sketches.

Perfect for Disney fans who want to know everything about the magical Disney world, The Disney Book delves into Disney’s incredible archives and lets fans explore classic Disney animated and live action movies, wonder at fascinating Disney collectibles and even see original story sketches from Disney films. Check out “Hero” pages that focus on amazing Disney props or artworks from the archives, beautifully photographed and annotated.

As a huge Disney fan, this book is absolutely fabulous. It covers Disney from his beginnings up to the opening of Shanghai Disney Resort this year and touches on all aspects of Disney from the films through to theme parks and everything in between.

This is another wonderful book from DK that is filled with page after page of beautiful photographs and illustrations. There is also plenty of information included that is easy to read  including fun facts on how they came up with different details, stories, music and the inspiration behind it all.

Read on for images of full page spreads from the book along with brief excerpts. 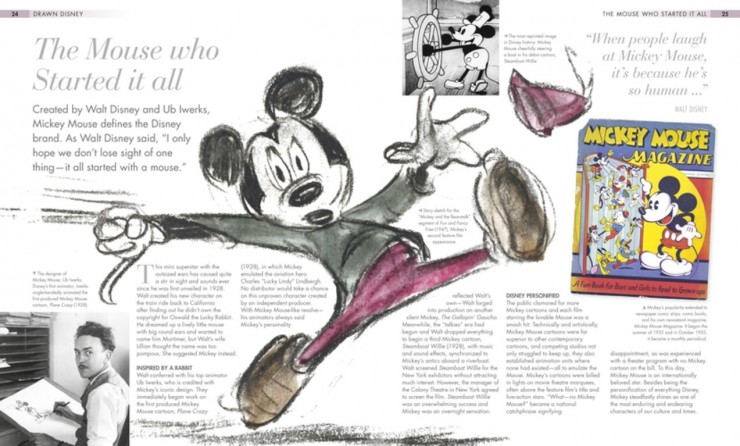 This mini superstar with the outsized ears has caused quite a stir in sight and sounds ever since he was first unveiled in 1928. 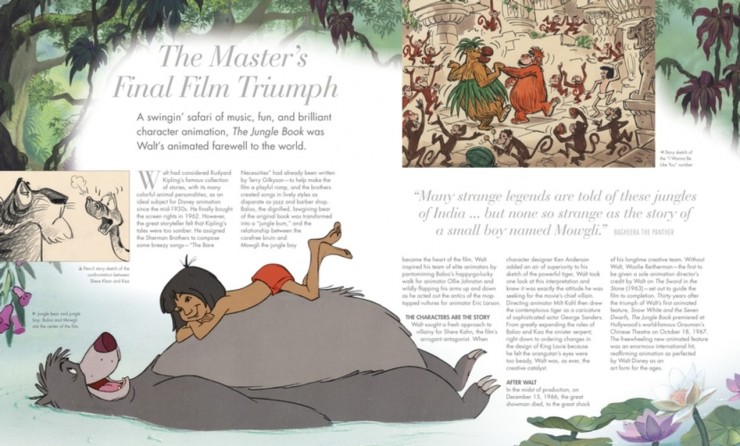 Walt had considered Rudyard Kipling’s famous collection of stories, with its many colorful animal personalities, as an ideal subject for Disney animation since the mid-1930s. He finally bought the screen rights in 1962. 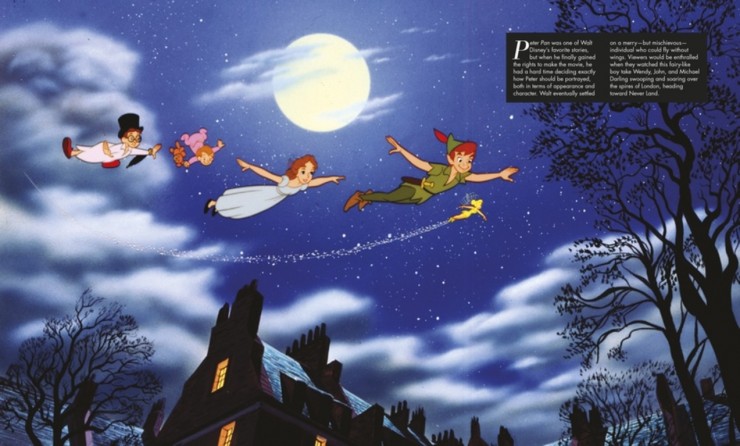 Peter Pan was one of Walt Disney’s favorite stories, but when he finally gained the rights to make the movie, he had a hard time deciding exactly how Peter should be portrayed, both in terms of appearance and character. Walt eventually settled on a merry—but mischievous—individual who could fly without wings. 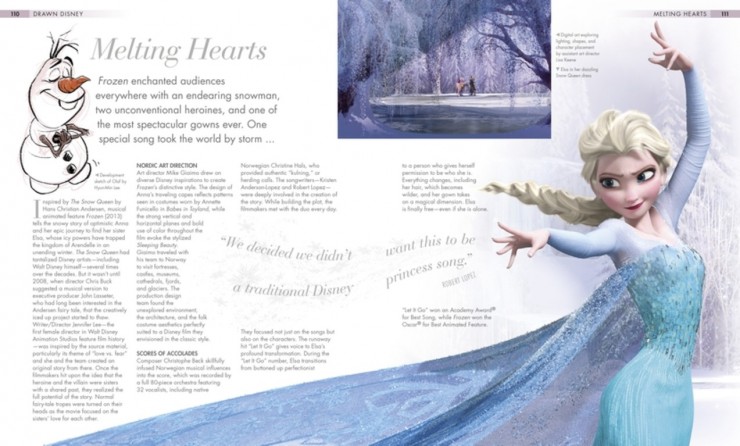 The runaway hit “Let It Go” gives voice to Elsa’s profound transformation. During the “Let It Go” number, Elsa transitions from buttoned up perfectionist to a person who gives herself permission to be who she is. 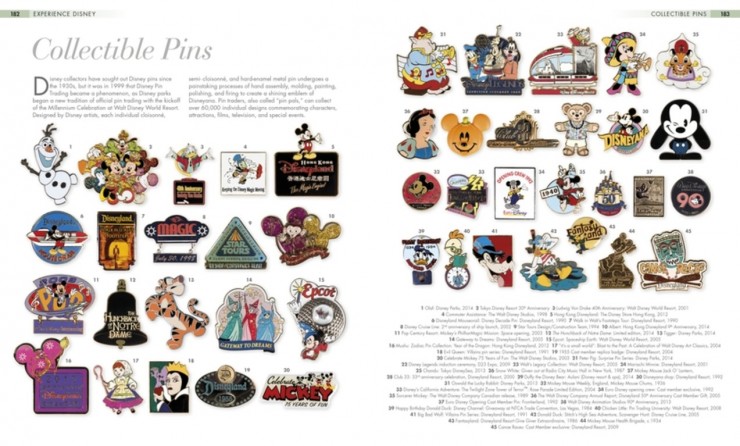 Disney collectors have sought out Disney pins since the 1930s, but it was in 1999 that Disney Pin trading became a phenomenon, as Disney parks began a new tradition of official pin trading with the kickoff of the Millennium Celebration at Walt Disney World Resort.

Disclosure: I was provided with a copy of this title in order to facilitate this review. All thoughts and opinions are honest and my own.

I grew up on Disney, I think most of us did. I like to share the experience with my niece and nephew. This looks like a great book to add to my collection.

I will have to check out this book for my granddaughter thanks so much for the review.

I love Disney so would love to check this book out!