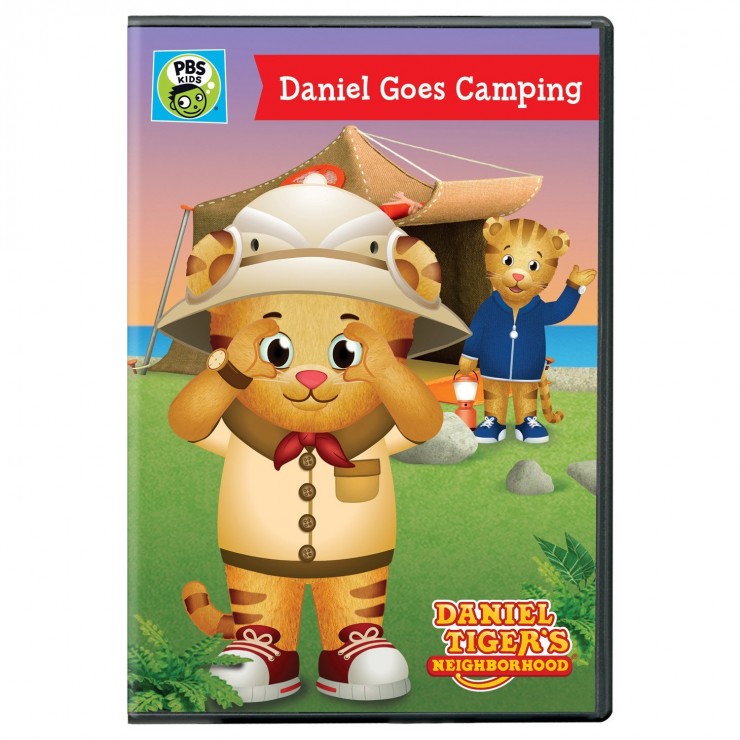 Grab your pajamas, a sleeping bag, and a flashlight – it’s time for some fun-filled nighttime adventures. In the three stories featured on this DVD, join Daniel as he goes camping with O the Owl and Dad Tiger, has a royal sleepover at Prince Wednesday’s castle, and goes on a nighttime walk through his neighborhood! In the stories “Backyard Camping” and “Daniel’s Sleepover,” Daniel and his friends learn that when something is scary it’s best to “see what it is, you might feel better.” Using this strategy, Daniel learns that items that look scary at first can turn out to be fun.

In the third story on this DVD, “Nighttime in the Neighborhood,” which is an extended adventure, Daniel is going to a pajama party at the library. While the family walks to the library, Daniel learns what’s special about nighttime. From pretending to play with the stars, to encountering fireflies, a nightingale, and crickets, Daniel and his family have a grr-ific time as they make their way to the library for games and a story.

Daniel and O the Owl are camping in the yard with Dad Tiger and O is a little hesitant to sleep in this unfamiliar setting. However, once he examines this new setting closely, he learns that it’s not so scary! In fact, different can be fun!

“Nighttime in the Neighborhood” (extended adventure)

Tonight is a special night in the Neighborhood of Make-Believe. In this tale, Daniel and his friends are going to a pajama party at the library! As Daniel and his family walk through the moonlit neighborhood, Daniel learns about all of the things that look and sound different at night.

One of the key ingredients that makes this series a standout is its groundbreaking use of catchy musical strategies, grounded in Fred Rogers’ landmark social-emotional curriculum, that reinforce each theme and that preschoolers and parents both sing – and use – together in their daily lives. DANIEL TIGER’S NEIGHBORHOOD, which debuted in September 2012, airs daily on PBS KIDS (check local listings).

My 2 and 4 year old really love Daniel the Tiger, although my 2 year old gets way more excited about it than my 4 year old.  She usually breaks out in an adorable little dance at every song. I loved watching Mr. Rogers as a child, and I love his message is being spread to a whole new generation through Daniel Tiger.

This DVD set is perfect for this time of year as it features lots of outdoor fun and exciting sleepovers.

Looks cute, I have a 3 year old niece & 2 year old nephew so looks like it would be good for them.

I'm afraid that my 4 grandchildren would be too 'old' for this at the grand ages of 5 & 7!

Yeah, unfortunately, that's likely so. It's best for 2-4 years old.