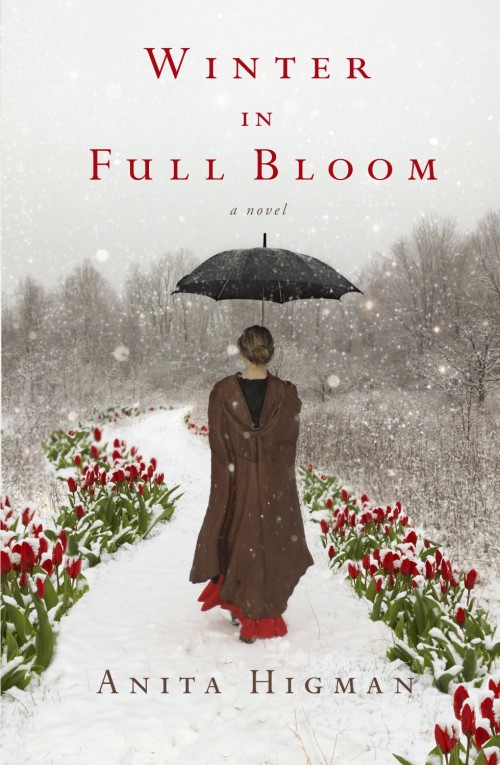 About Winter in Full Bloom: Lily Winter’s wings are folded so tightly around her daughter that when empty nest arrives, she feels she can no longer fly. But Lily’s lonely, widowed life changes in a heartbeat when she goes to visit a woman who is almost a stranger to her—a woman who also happens to be her mother. During their fiery reunion, her mother reveals a dark family secret that she’d been hiding for decades—Lily has an identical twin sister who was put up for adoption when they were just babies.

Without looking back, Lily—with her fear of flying—boards a jumbo jet and embarks on a quest to find her sister which leads half way around the world to Melbourne, Australia. Befriended by imprudent Ausie, he might prove to be the key to finding her sister. But her journey becomes a circle that leads her back home to attempt a family reunion and to find the one dream she no longer imagined possible-the chance to fall in love again.

This is a story about moving beyond shattered pasts  – a theme you will find throughout the book and through each of the characters.  I really enjoyed reading this book – I honestly made some lemon iced tea and spent an afternoon on my back porch reading it from cover to cover.  The story is full of unexpected twists and turns, and I found myself wanting to know more about each character.

That said, there were parts of the story that made me think “huh?” after a character said or did something so totally out of character it seemed inconceivable.  There was even one situation in the book that baffled me as I could not see how or why the character acted as they did and it seemed more for filler than anything important to the plot.  Most of the story was well written, don’t get me wrong, I just felt thrown off at times.  It was almost like the author had written herself into a corner and didn’t know how to resolve it while still keeping in line with the characters nature.

About Anita: Best-selling and award-winning author, Anita Higman, has over thirty books published (several coauthored) for adults and children. She’s been a Barnes & Noble “Author of the Month” for Houston and has a BA degree, combining speech communication, psychology, and art. Anita loves good movies, exotic teas, and brunch with her friends.

Connect with Anita at: www.anitahigman.com

Anita Higman‘s latest novel, Winter in Full Bloom, has just released. She’s teamed up with her publisher, River North Fiction, for a fun giveaway and a Facebook Author Chat Party on August 29th.

One grand prize winner will receive:

Enter today by clicking one of the icons below. But hurry, the giveaway ends on August 28th.Winner will be announced August 29th at the Winter in Full Bloom Author Chat Party on Facebook. During the party Anita will be hosting a book chat, talking about family, announcing the winner of the Kindle Fire, and giving away a ton of books, gift certificates, and more. Oh, and she’ll also be giving party goers an exclusive look at her next book.

So grab your copy of Winter in Full Bloom and join Anita on the evening of August 29th for a chance to connect and make some new friends. (If you haven’t read the book, don’t let that stop you from coming!) RSVP today!

I'm not a big fiction fan, but thanks for the review!

I've shared on FB and repinned the giveaway. Awesome author and awesome prize!