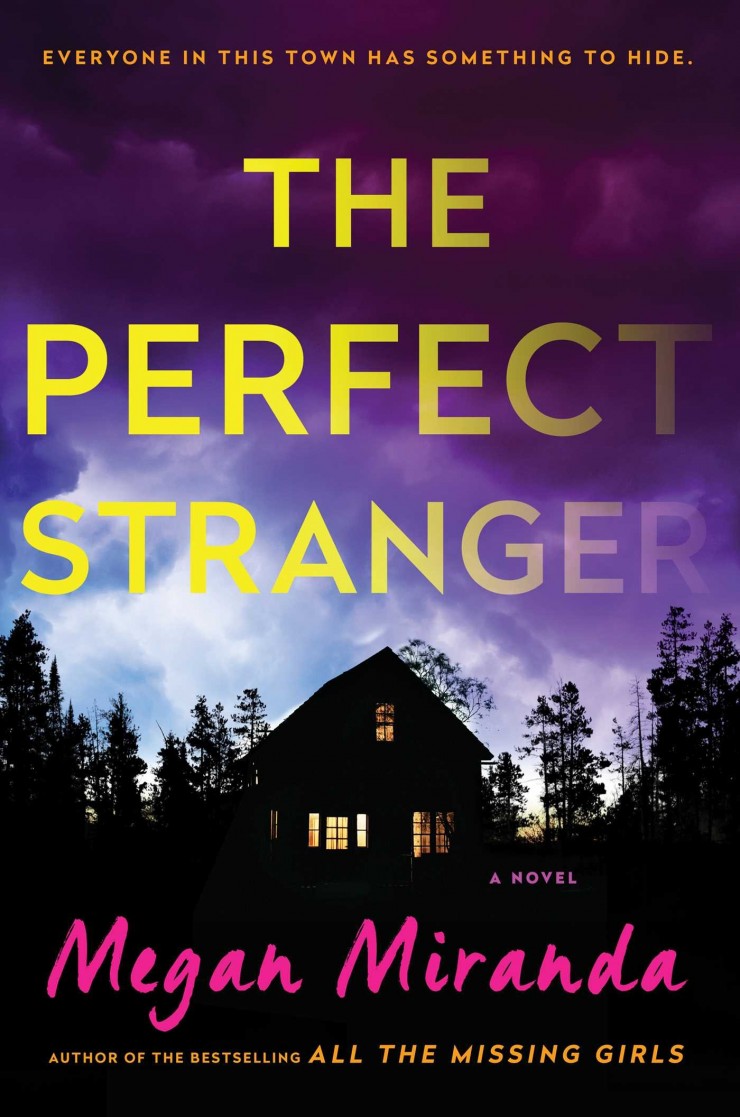 In the masterful follow-up to the runaway hit All the Missing Girls—a “fiendishly plotted thriller” (Publishers Weekly)—a journalist sets out to find a missing friend, a friend who may never have existed at all.

Confronted by a restraining order and the threat of a lawsuit, failed journalist Leah Stevens needs to get out of Boston when she runs into an old friend, Emmy Grey, who has just left a troubled relationship. Emmy proposes they move to rural Pennsylvania, where Leah can get a teaching position and both women can start again. But their new start is threatened when a woman with an eerie resemblance to Leah is assaulted by the lake, and Emmy disappears days later.

Determined to find Emmy, Leah cooperates with Kyle Donovan, a handsome young police officer on the case. As they investigate her friend’s life for clues, Leah begins to wonder: did she ever really know Emmy at all? With no friends, family, or a digital footprint, the police begin to suspect that there is no Emmy Grey. Soon Leah’s credibility is at stake, and she is forced to revisit her past: the article that ruined her career. To save herself, Leah must uncover the truth about Emmy Grey—and along the way, confront her old demons, find out who she can really trust, and clear her own name.

Everyone in this rural Pennsylvanian town has something to hide—including Leah herself. How do you uncover the truth when you are busy hiding your own?

I really enjoyed reading All the Missing Girls last year so when I had the opportunity to review Megan Miranda’s latest offering, The Perfect Stranger, I was pretty excited. All the Missing Girls was suspenseful, made use of same great literary devices that really drew me in and was one of my favourite reads last summer. It was unexpected and altogether a delicious read.

I definitely picked up The Perfect Stranger with preconceptions of how much I would enjoy this novel. While I don’t think it exactly lived up to my high expectations, it also certainly was not a disappointment.

The Perfect Stranger is another page turner that draws you in almost immediately. Like All the Missing Girls, this story is full of suspense, thrill and mystery, but it also has a bleak, depressing undertone to it which gives an altogether different feel.

What I really like about this author is her abilityto create these main characters who are both likeable and yet completely untrustworthy. You can’t help but root for the main character no matter how dark her secrets are revealed to be, while at the same time you question everything they present to you along with the motives of everyone you meet along the way. The style of writing is truly psychologically engaging which I think takes some real talent to pull off effectively.

My only gripe is that the end felt like a bit of a cop out, I was hoping for something completely unexpected and shocking rather than simply satisfying. Still, it was an enjoyable, and satisfying read and I look forward to reading Megan Miranda’s next offering.

I’m often asked where book ideas come from, but the truth is, I find they emerge over time from lots of different pieces: Settings, themes, questions, structure, a what if thought. And it’s when all the different elements start weaving together that you can finally feel a story taking shape.

But I think the genesis of the idea that gave rise to The Perfect Stranger first came about when I was in the middle of writing All the Missing Girls.

In All the Missing Girls, I had been writing about this group of friends who had known each other forever. The main character, Nic, found this dynamic stifling as she grew older, inescapable even, making her believe that she could never become someone new while she remained. This group of friends all knew everything about each other (or so they thought), for better or for worse. They held onto each other’s secrets.

In thinking about these types of friendships—in a place you’ve grown up, with people who’ve known you forever—I started to consider the opposite: meeting someone as a complete stranger. I thought about how we meet people as adults, especially after moving someplace new, where no one knows anything about you. And there’s this moment, before you introduce yourself, when you could be anyone.

This was the start of the idea for The Perfect Stranger.

I was imagining those first meetings, when we introduce ourselves, how we can’t tell everything about ourselves all at once, and we pick the narrative we want to present in that first moment. Presumably, someone is doing the same to us. And as the friendship grows over time from there, this original story might serve as the foundation of everything to come.

So the premise, the starting point, of The Perfect Stranger was a simple idea at first: two strangers, Emmy and Leah, meet in front of a bulletin board looking for a roommate. But this moment takes place at a really pivotal moment in Leah’s life, when she needs a certain type of person in her life. When she wants to become a different version of herself—the Leah Stevens she had planned to be.

Years later, when the story begins and Emmy disappears, Leah must confront the truth about how little she knew one of her best friends. But more than that, she must confront her perception of everyone around her. Including herself.

There are similarities in the theme of secrets and identity in both All the Missing Girls and The Perfect Stranger. But they are approached from different angles. Secrets can bond people together, or secrets can break people apart. It all depends on which side you’re standing on.

Megan Miranda is the New York Times bestselling author of All the Missing Girls. She has also written several books for young adults, including Fracture, Hysteria, Vengeance, Soulprint, and The Safest Lies. She grew up in New Jersey, graduated from MIT, and lives in North Carolina with her husband and two children. The Perfect Stranger is her second novel of psychological suspense. Follow @MeganLMiranda on Twitter, or visit MeganMiranda.com.

Interested in reading more about The Perfect Stranger? Check out the other four bloggers participating in this blog tour! 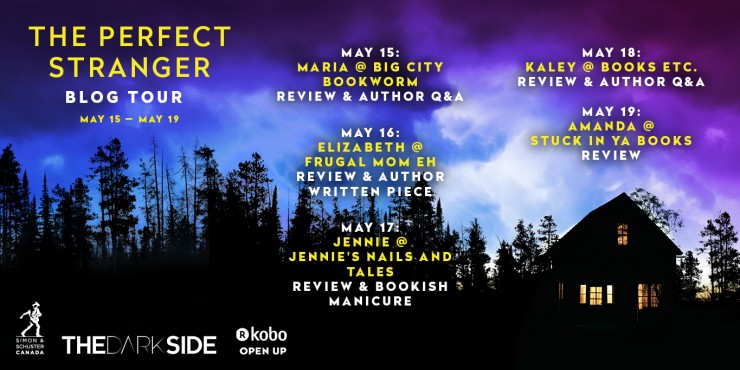