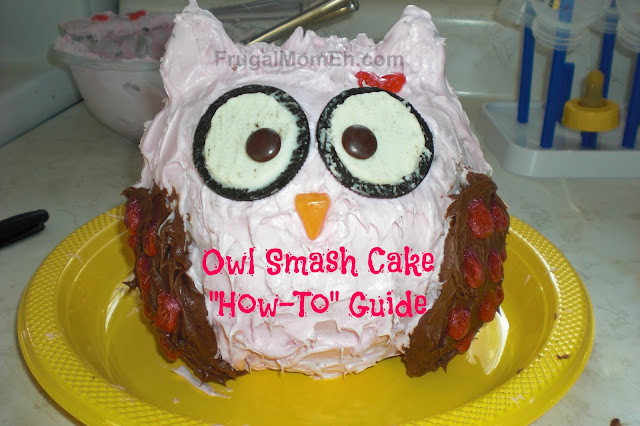 I decided a few months ago that I wanted to have an owl themed Birthday for my daughter and so the daily Pinterest searches began while I looked for the perfect everything.  I came across an adorable Owl cake on Socially Circled and fell in love.

My only complaint is the lack of clear instructions so I thought I would put together a how-to guide for this cute cake.  You can find the original information at the above link. 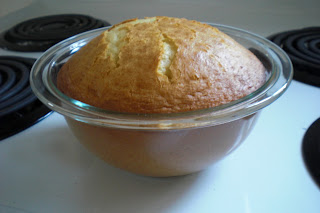 To start I baked two cakes in a 1 qt pyrex glass bowl according to my cake recipe.  Make sure you grease the bowl either with butter or Pam so the cake comes out easily.  I forgot that step on the first cake and it got a little messy. 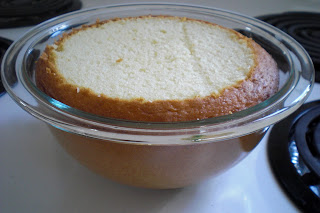 Allow the cakes to cool, then cut off the top so it is level before removing the cake from the bowl. 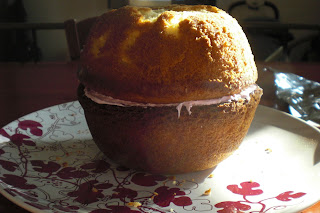 Figure out which cake should go on top first.  One of my cakes were slightly bigger than the other so I used that for the bottom. Spread icing on the top of the bottom cake and layer the top cake on top creating a “ball”. 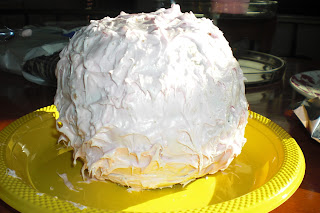 Next cover the body in icing, I used the knife I was applying the icing with to create a feathered look by pulling at it a bit 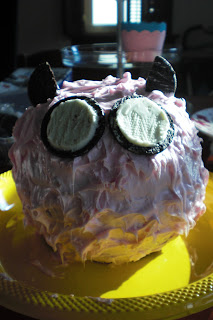 Separate the two Oreo cookies, leaving the cream on one side of the cookies for the eyes.  Place on cake.  Cut one of the plain cookies in half and insert into cake for the ears. 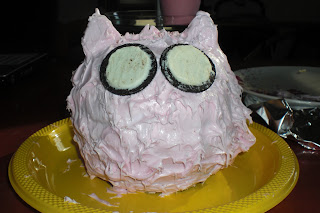 Cover the Oreo “ears” with the coloured icing. 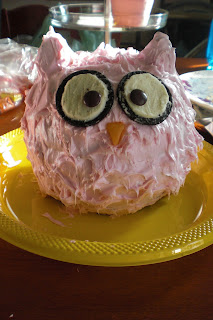 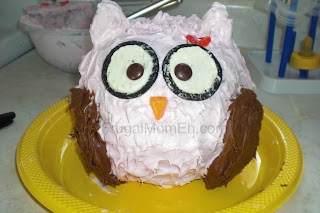 Pipe chocolate icing onto the cake to create wings.  I used pink sparkle gel icing from Wilton to place a heart above the one eye. 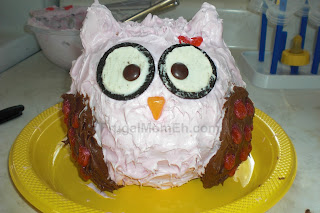 I used more of the gel icing to try and create dots on the wings but found it drooped thanks to gravity.  I ended up really liking the effect anyway but I think I prefer Socially Circled’s use of white chocolate chips pressed into the wings to create the dot pattern.  It isn’t pictured but I cut the other starburst into four “strips” to form feet. 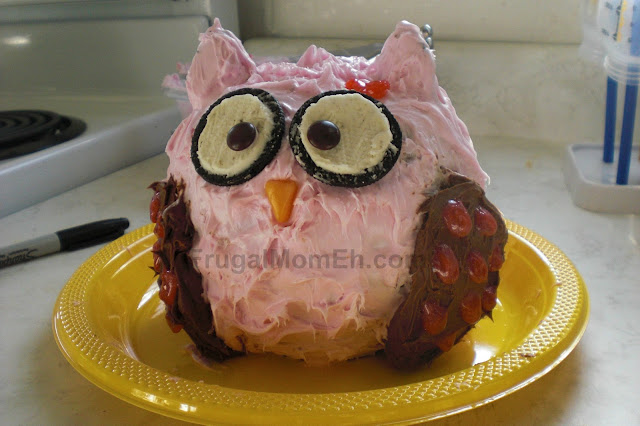 Hi i was wondering what brand of icing that you use can you show me a picture.thank you

I love this! Just pinned it to my Food Art board but I think I need to add it to my Preschool board too. What a great cake for O is for Owl, don't you think? I would be so honored if you'd come by my Wonderful Wednesday Blog Hop and share this post. PLEASE ?????

Did you make your own cake and icing or use betty crocker? I am toying with the idea of making a little bit healthier cake, but not sure how it will hold up in the shape of an owl.

I used box mix and prepared icing. I had considered trying this with a carrot cake but knew Keira wouldn't be interested in actually eating the cake so didn't bother and went with quick and easy.

I did make this again with a homemade vanilla cake though just to eventually update the pics and it didn't hold up quite as well. It still looked great once I was finished though so it's worth trying with your own recipe.

OMG!! I love it, I should try making this, but I have a feeling mine is not going to look as good as yours...lol