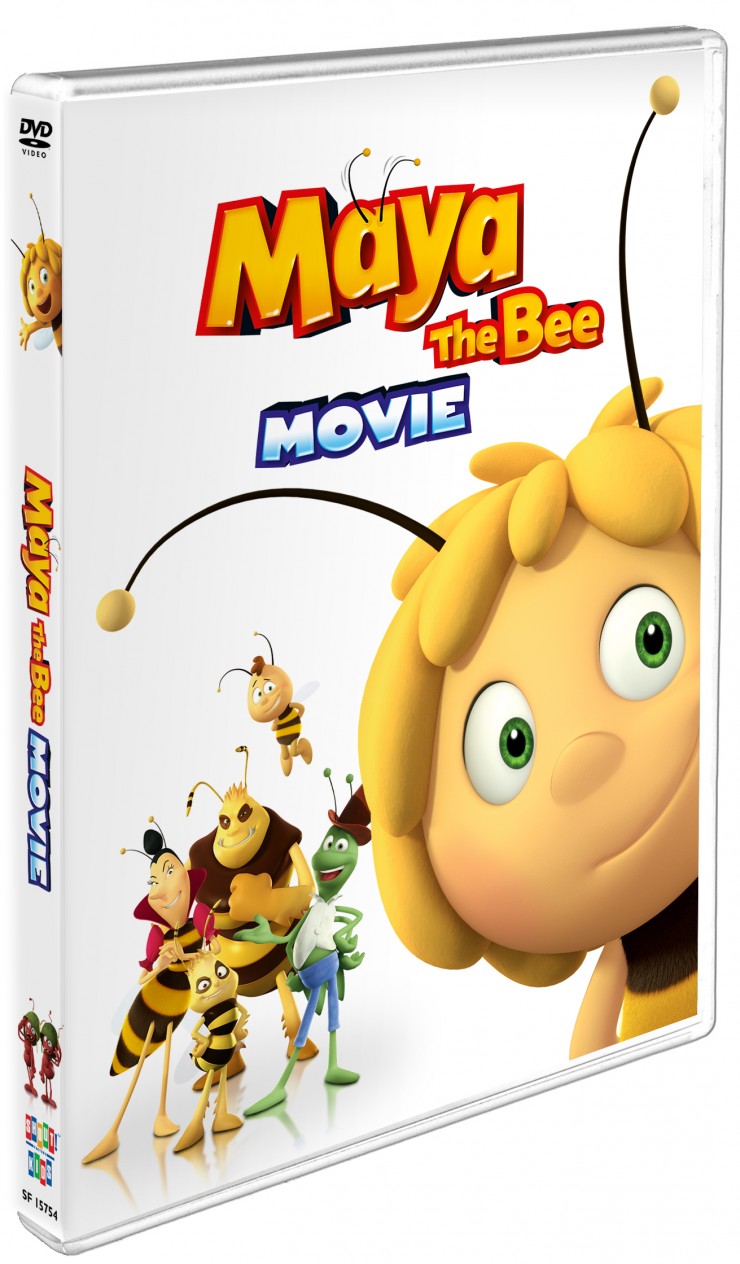 Kids and parents across North America will soon be enamoured by the world famous little bee named Maya and her insect friends when the international smash hit “MAYA THE BEE MOVIE” makes its buzz-worthy debut on DVD and on two-disc BLU-RAY™ 3D Combo Pack (Blu-ray 3D and 2D, DVD and digital) from Shout! Factory Kids on May 19, 2015.  The Blu-ray 3D Combo Pack allows viewers to enjoy “MAYA THE BEE MOVIE” on the platform of their choice and includes movie presentation on Blu-ray 3D and 2D, DVD and a digital copy of the movie.

Already a great box office success in much of the world, “MAYA THE BEE MOVIE,” based on the well-known children’s novel and popular animated series in Europe, Australia and Asia, offers an immersive cinematic adventure into a spectacular macroscopic world. This highly anticipated animated feature brings to life an enchanting story of a little bee named Maya and her exciting adventure of self-discovery and fantastical fun.  A must-have for fans of all ages, “MAYA THE BEE MOVIE” is an instant classic that delivers wholesome family entertainment— emphasizing the importance of friendship, freedom and courage.

Maya is a little bee with a big heart. She dreams of an exciting life of freedom, fun and adventure – the world is simply far too interesting to stay inside a hive! Her funny attempts to fit in bring her into trouble with the Queen’s narrow-minded royal advisor, Buzzlina. With her best friend Willy, Maya buzzes out into the meadow on an exhilarating adventure of self-discovery.

While most bees believe that other insects should be feared, Maya can’t help but make friends with Flip the charismatic and eccentric grasshopper, Kurt the dung beetle and even Sting, a young hornet. But when the Queen’s royal jelly is stolen, it will take Maya and all of her bug buddies to figure out who did it and how to save the day! 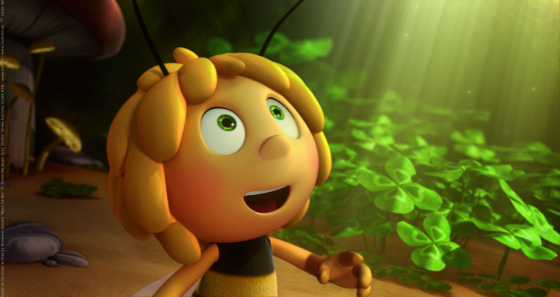 About Maya the Bee

One of the best-known and beloved children’s brands of all-time, the stories of Maya The Bee have been passed down among generations of families for years. Originally a German children’s novel by Waldemar Bonsels, The Adventures of Maya the Bee was published over a hundred years ago in 1912. Since the original publishing, the book has been translated into many other languages and enjoyed by children all over the world. In addition to the book, Maya The Bee is also a comic book series, appeared in various iterations as animated series and now a major animated feature film.

We had actually never heard of Maya the Bee somehow but by some strange coincidence just before being offered a copy of the movie to review we stumbled upon her on Netflix.    We all enjoy watching May together now and the movie is no exception.  It’s such a feel-good kind of movie perfect for sitting down together as a family and watching.  The included bonus features are also a ton of fun, just get your kids to watch the blooper reel and watch the laughs start up.  Keira was falling over herself watching it! 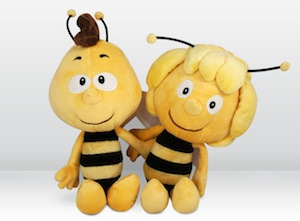 Enter to win a Maya The Bee Movie DVD and Blu-ray 3D Combo Pack plus two adorable Maya the Bee plushies!  Giveaway is open to CAN/USA and ends on June 7th at 11:59 pm EST.  See Giveaway Tools form for entry and T&C.

Knock Knock Who's there? Alpaca! Alpaca who? Alpaca the trunk, you pack the suitcase!

Q: Why can't DJs play pool? A: They always scratch.

Why did the bee get married? Because he found his honey. :)

Knock, knock. Who’s there? Kirtch. Kirtch who? God bless you!

I totally understand how batteries feel because I'm rarely ever included in things either. Hahahaha