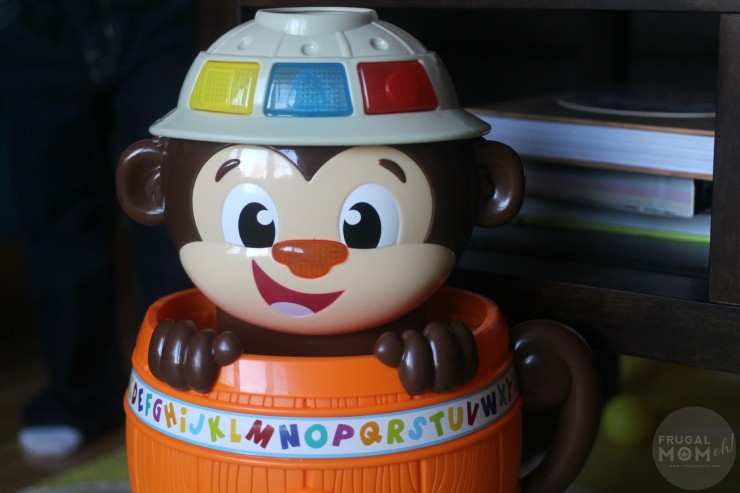 With so many toys out there aimed at infants and toddlers it can be hard to choose just the right one.  You know, the one that is actually more fun than the box it came in.

We were sent a couple of toy from Bright Starts’ Having A Ball Collection, the Hide ‘n Spin Monkey & 3-in-1 Step ‘n Ride Lion to check out.  It’s pretty safe to say that both have become much loved and well played with toys. 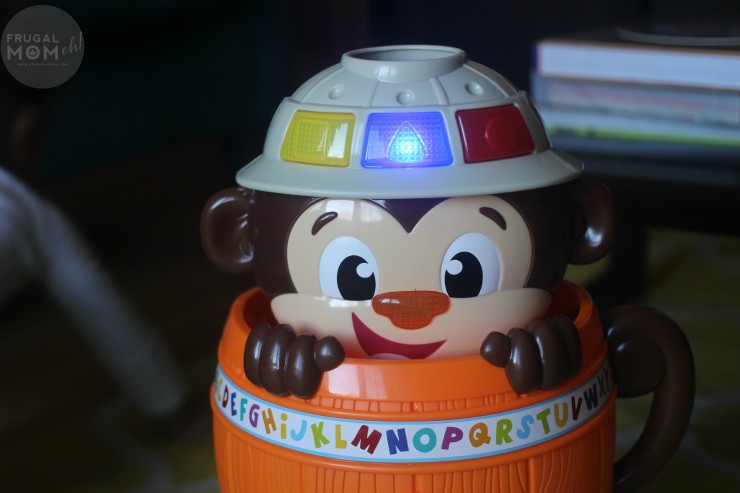 The Hide ‘n Spin Monkey does require some assembly with a screwdriver.  This was a bit of an issue for me because I couldn’t find a single screwdriver to hit in the narrow and deep holes so our Monkey isn’t quite fully assembled as well as it could be.  I am sure there are screwdrivers out there that do work with it but not a single one of ours fit well enough to tighten the screws so our barrel has loose seems and looks a bit wonky.  That said, the girls could really care less about that since it still works perfectly fine! 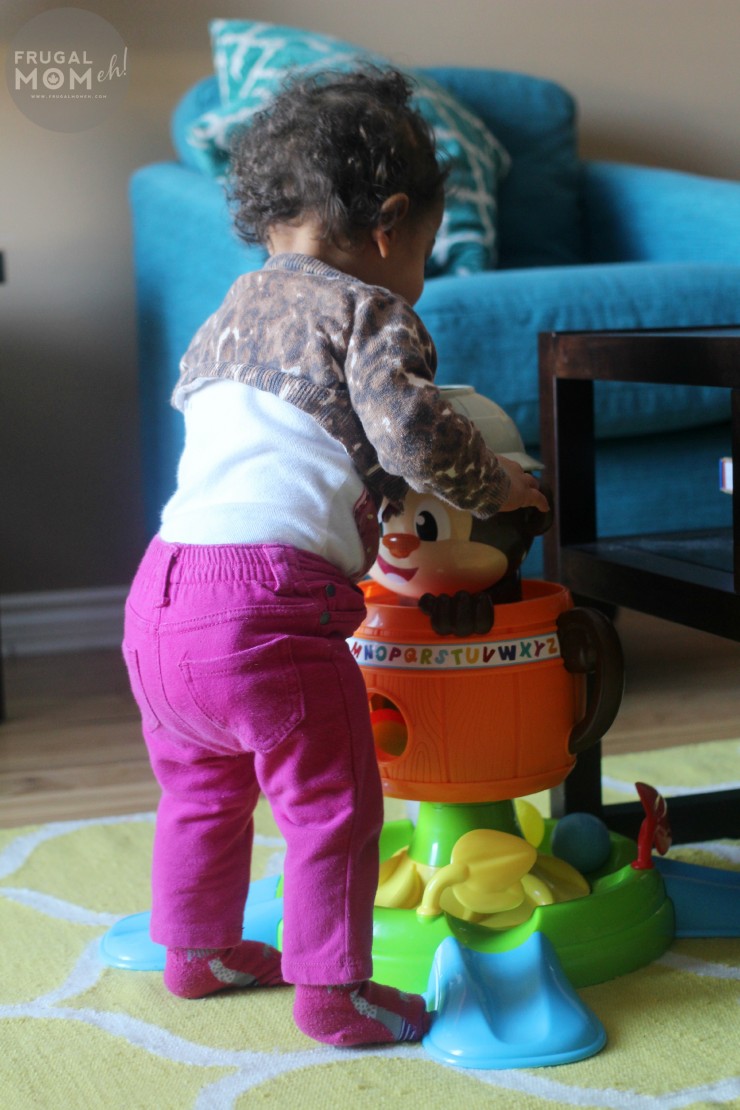 The monkey features a variety of different ways to play that had both Keira and Ava engaged with play right from the start as they explored this toy together.  If you press the lights on the monkey’s hat it will name the shape on the button and the colour as well and play a fun little melody.  They both quickly figured out that picking up balls (there are 5 included) and putting them into the monkey’s hat would eventually result in the monkey hiding causing the balls to drop down into the barrel to spin around and around.  They can also press the monkey’s nose too cause the same action. 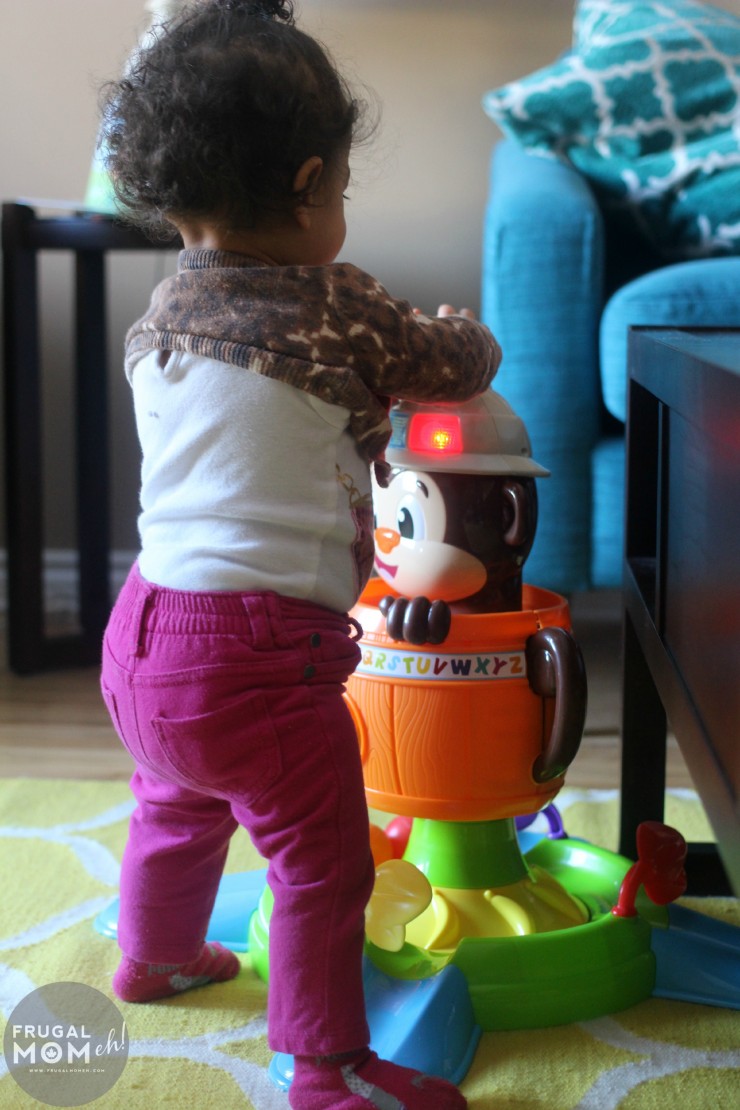 Children can sit or stand to play as this toy is meant for 6 months and up.  Sitting play is enabled by the hole at the front of the barrel.  Baby can put the balls through that hole rather than through the monkeys hat and press the monkey’s nose to get the balls to drop and spin.  How smart is that?

Personally I really appreciate the leaf-gates as I can set it up for them to either chase after the balls or to have them closed so the balls stay mostly contained for easier clean up. 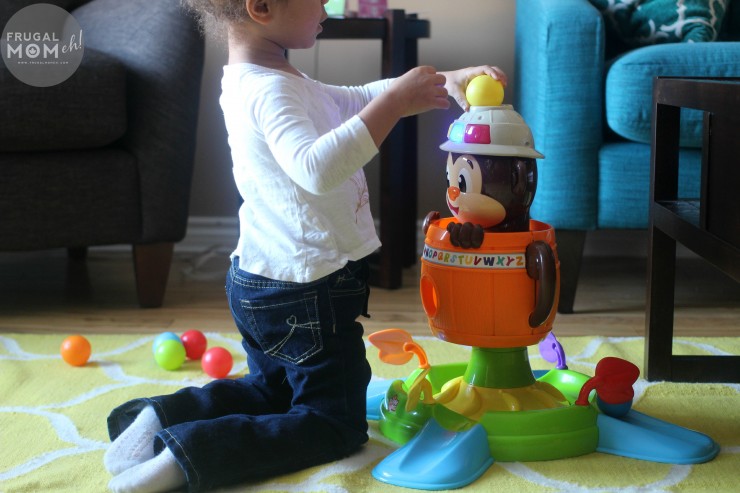 Both girls (14 months and 3 years old) really love playing with the Hide ‘n Spin monkey.  They even play with it together at times which is super adorable.  You wouldn’t believe all the laughter this toys elicits from both Keira and Ava.  The bright colours, lights, melodies and hide and spin action really make this toy a huge hit in our house! 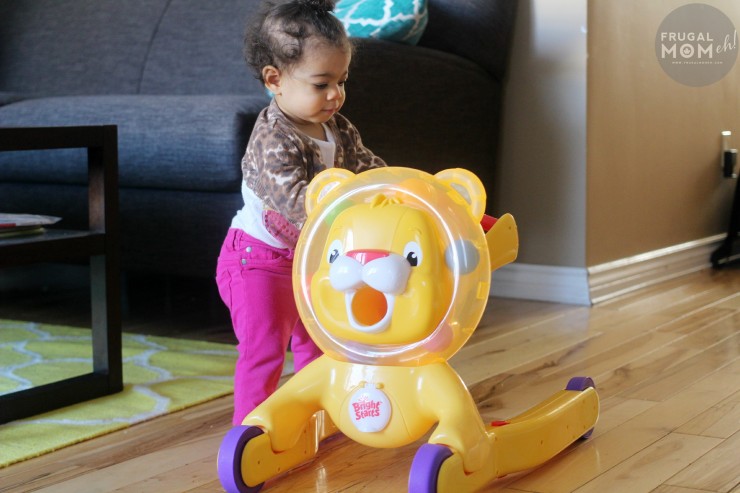 While the girls love the Hide ‘n Spin Monkey, the 3-in-1 Step ‘n Ride Lion is definitely their favourite of the two, although anything involving rides wins so I wasn’t too surprised.  We actually have a collection of similar  push and ride style toys that the girls play with consistently but the Step ‘n Ride Lion has become a fixture outside of the playroom.

This one also requires assembly and I also had the same screwdriver issue but I was able to get this one together a little bit better. 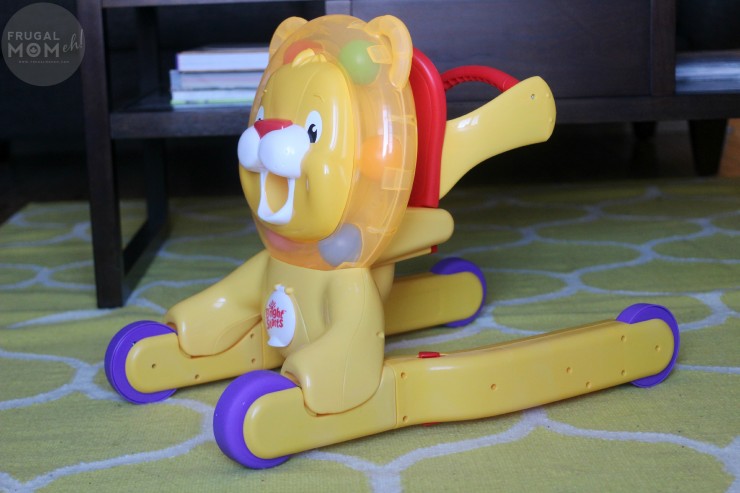 The 3-in-1 Step ‘n Ride Lion features a walker, a riding toy, and fun ball play. 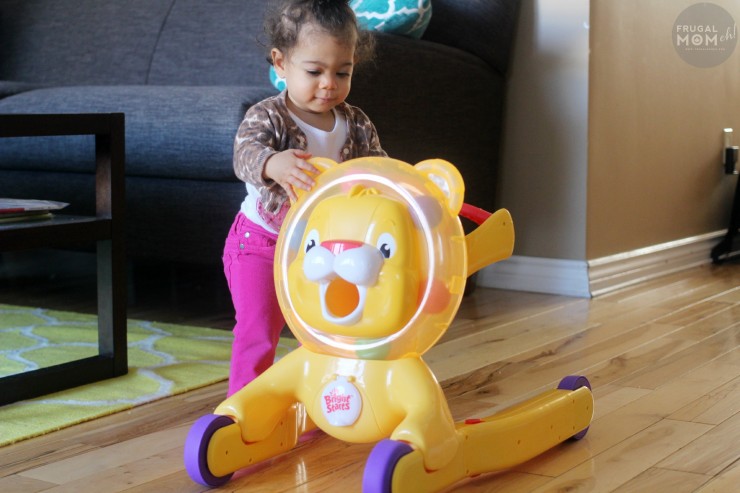 Baby can place balls into the lions mouth to make music and then lift up the little door to find them or simply press the Lion’s nose to play music and have the balls spin around its mane.  Pushing the Lion around also results in music but no worries, it features 3 volume levels including “off” although my kids love the music so much we never get much past the lower volume.

Ava just started standing and walking on her own but she isn’t very confident yet which has made the walking mode a great confidence boosting tool for us.  She absolutely loves walking up and down the hallway with it.  It certainly helps that the handle for pushing is at just the right height for her.  It’s really innovative that the legs switch around to be wider in walking mode which means they are out of her way completely. 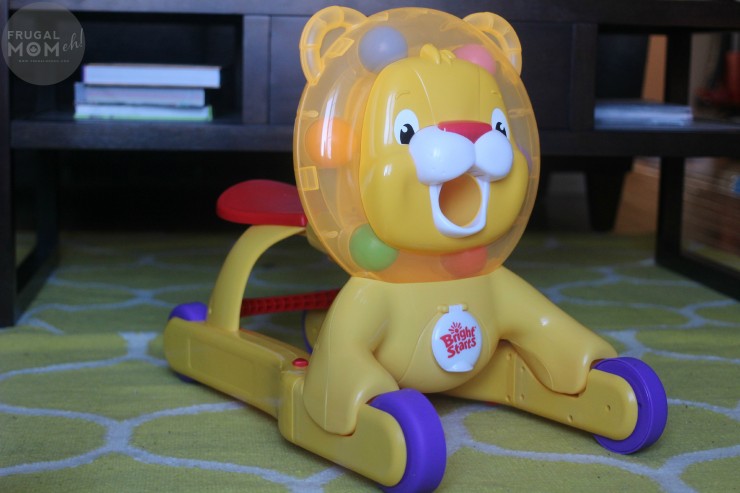 The final mode of play is of course riding.  It is super easy to switch between walking and riding which is great for us because as I mentioned both girls love playing with the lion.  For Keira this means a lot of riding around.  Ava is a bit short still to effectively push herself around but she certainly loves having mommy or daddy run her up and and down the hallway.  Seriously… this elicits the best giggles from her!

Keira is also constantly either pushing herself around on the lion or asking us to giver her rides on it which is a lot of fun because of her very contagious laughter.

I would definitely recommend both toys if you are on the look out for something fun and engaging that is sure to entertain beyond the baby years!

I love bright start toys! I would love to get this for my niece!

love the photos of the girls, you can see how much they have with these toys :-)

This toy is beyond adorable!

Those are such adorable toys. We love Bright Starts toys in our family. My kids things they are cute and fun to play with and I find that a lot of them are great for hand eye coordination!~

This is sooo cute! I have a new cousin on the way that I would love to gift this to in just a few short weeks.