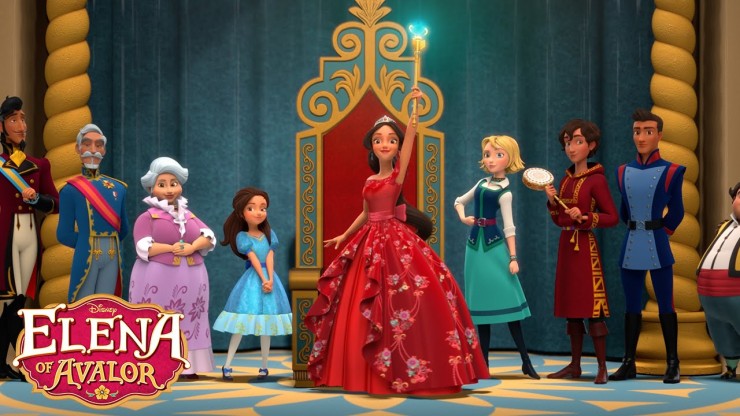 Meet Elena of Avalor, the adventurous Crown Princess of Avalor who wields her scepter with bravery and compassion. She is also the first Latin American Disney Princess. 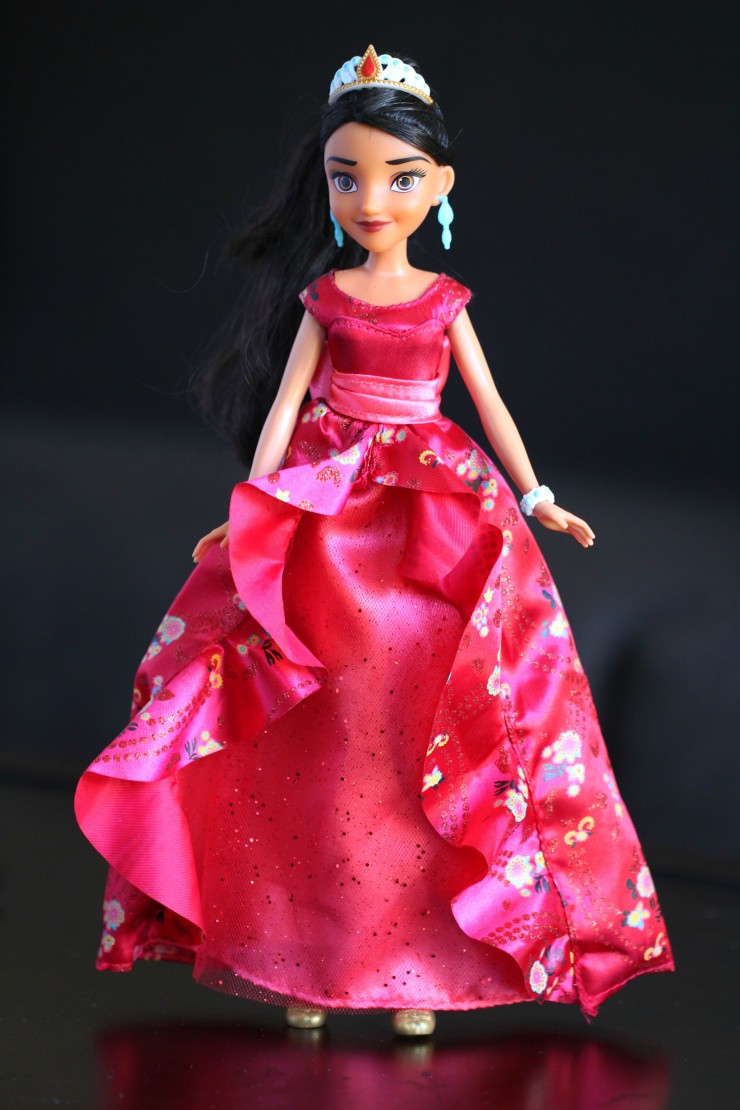 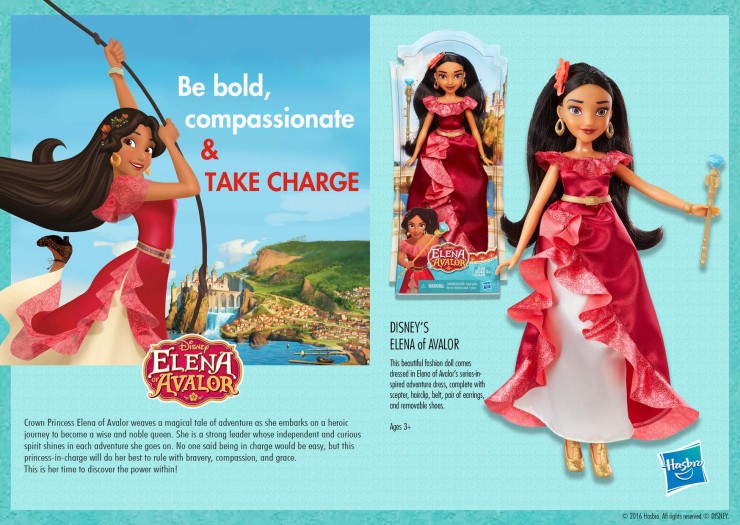 Be Bold, Compassionate and Take Charge!

“Princess Elena of Avalor weaves a magical tale of adventure as she embarks on a heroic journey to become a wise and noble queen. She is a strong leader whose independent and curious spirit shines in each adventure she goes on. No one said being in charge would be easy, but this princess-in-charge will do her best to rule with bravery, compassion and grace. This is her time to discover the power within!” 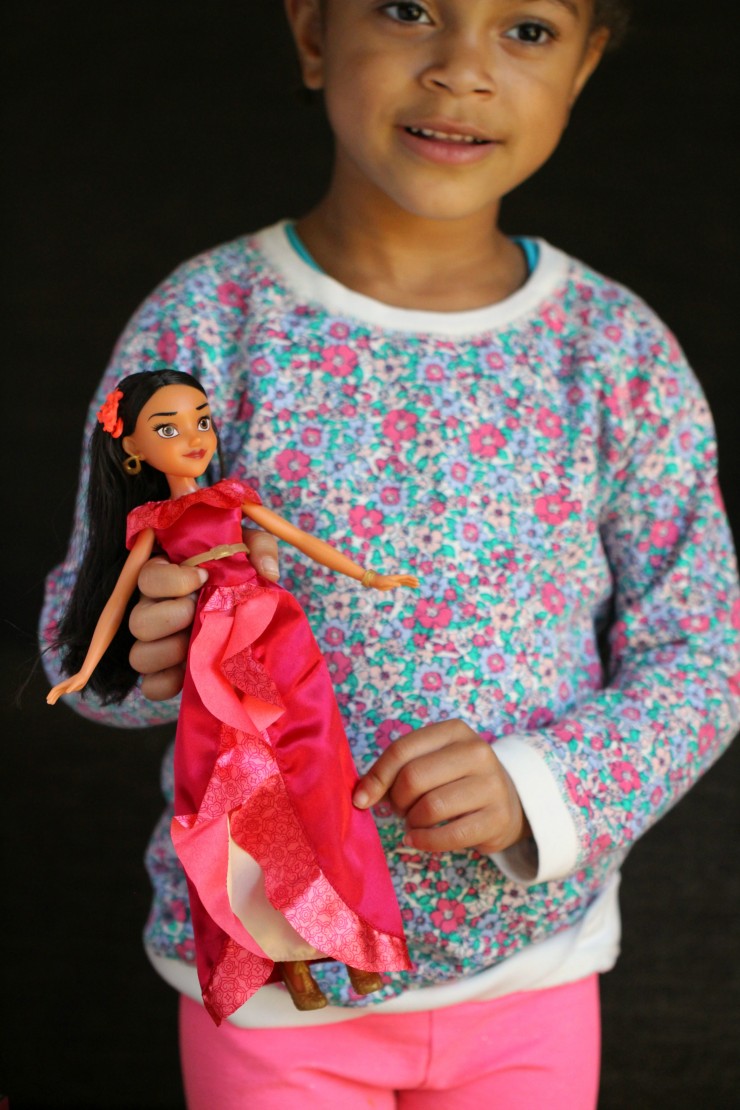 The Elena of Avalor Adventure Dress Dolls comes dressed in Elena of Avalor’s series-inspired adventure dress and includes a sceptre, hair-clip, belt, pair of earrings, and removable shoes. She has beautiful long hair the girls love brushing out. 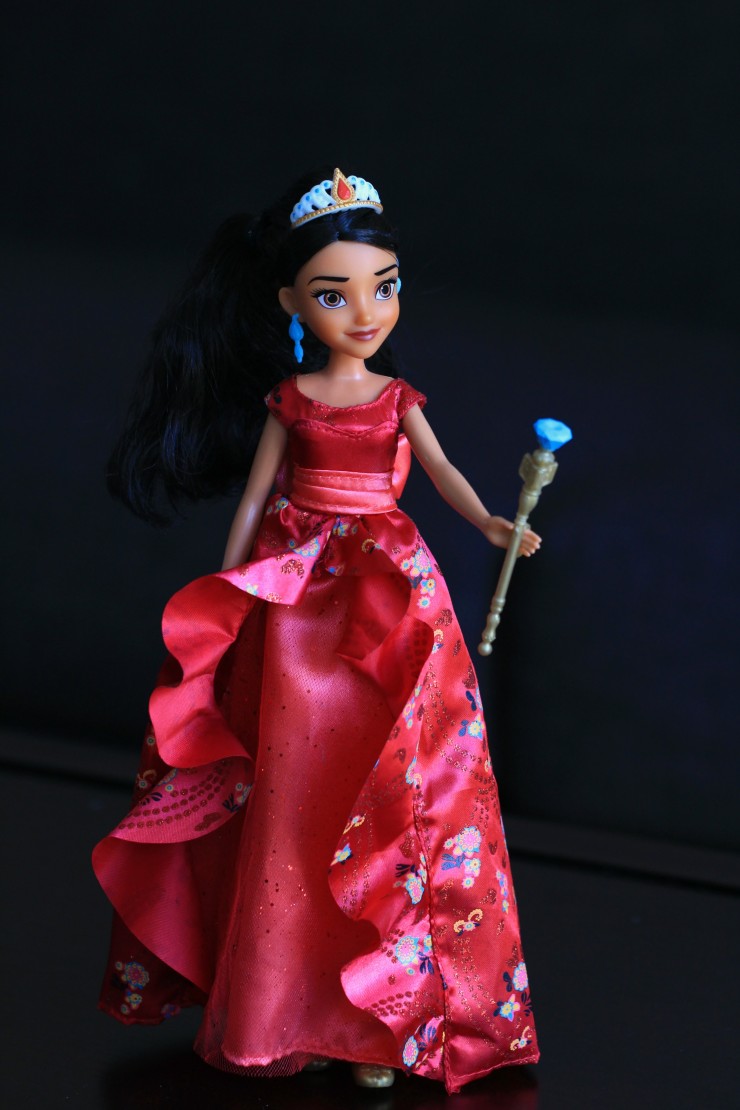 The Elena of Avalor Royal Gown Doll comes with a beautiful ball gown detailed with glitter and pretty floral pattern. She comes with a tiara, bracelet and removable shoes. (The sceptre is from the adventure dress doll but my girls insisted it really belongs with the royal gown doll.)

You can find these Disney Princess Elena of Avalor dolls (and more) at a retailer near you. Be sure to watch for her on Disney Junior too! 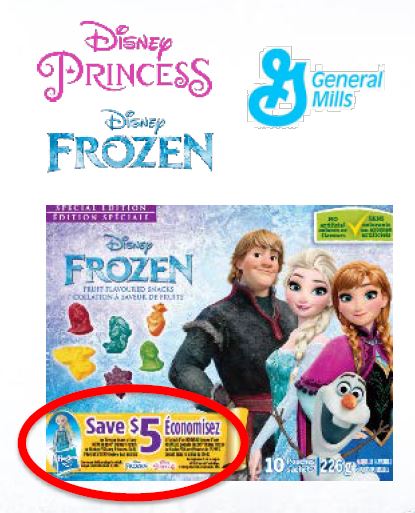 General Mills currently has a promotion on their GM licensed Disney Frozen Fruit Flavoured Snacks until December 31st, 2016.  Purchase the snacks to receive a coupon (printed on the interior of the snack box) that can be redeemed to save $5 on the purchase of any NEW Hasbro Disney Frozen or Hasbro Disney Princess Doll or Playset valued at $19.99 (before tax) and up.

I ordered the Princess Elena doll for my granddaughter,she is going to love it !

I have heard of Elena before but this is the first time that I have ever seen her. She is really cute.

I love that they made a Latina doll. This is a wonderful addition to the collection, and I'm looking forward to hearing more about this new princess.

So thrilled that Disney has introduced this beautiful princess to its stable of characters! Our girls need to see princesses like these who have confidence and great spirit and I can't wait to get one of these dolls for one of my favorite little girls!

I am so in love with this new princess. This would make the perfect gift for my daughter. She has been talking about Elena for a while now.