“There are those who say fate is something beyond our command. That destiny is not our own, but I know better. Our fate lives within us, you only have to be brave enough to see it. “

I love all the Disney princesses, it’s true. It’s hard for me to pick a favourite as each one has something special about them that I adore.

Princess Merida from Brave is no exception, although I have a special place for her in my heart as the princess I can most easily identify with.

She is headstrong, independent, fierce, and courageous but still has a heart of gold. She outright refuses to conform to any stereotype or role that doesn’t suit her and takes control of her own destiny.

I love that her story focuses on her relationship with her mother rather than on a love interest. It’s interesting that most Disney Princesses do not have a mother so this is a relationship that hasn’t been explored much. Brave also shows how the mother-daughter relationship can be mended through patience, courage, and, of course,  love. 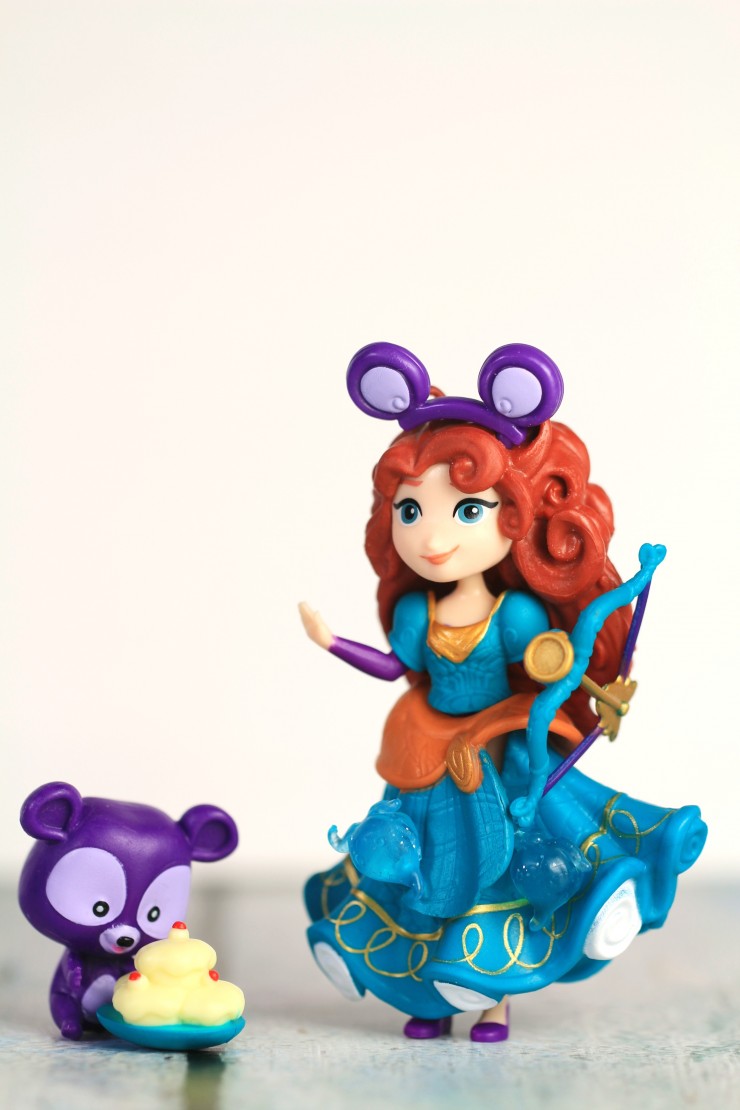 The Merida Little Kingdom doll is just adorable and comes with one of her brothers as a bear who can balance treats on his stomach.  Merida comes with her own bow and arrow which fits nicely into her hand, along with snap-in bodice and 3 other snap-ins including a bear ear headband. She wears a removable plastic skirt and peplum too that can be mix and matched with others from the Little Kingdom collection.

My 4 year old loves to play with this little kingdom set and comes up with her own stories, mostly centred around the brother bear eating all the treats.  It took me a minute to realise that the sparkly blue snap-ins were actually supposed to be will o’ the wisps. Cute! 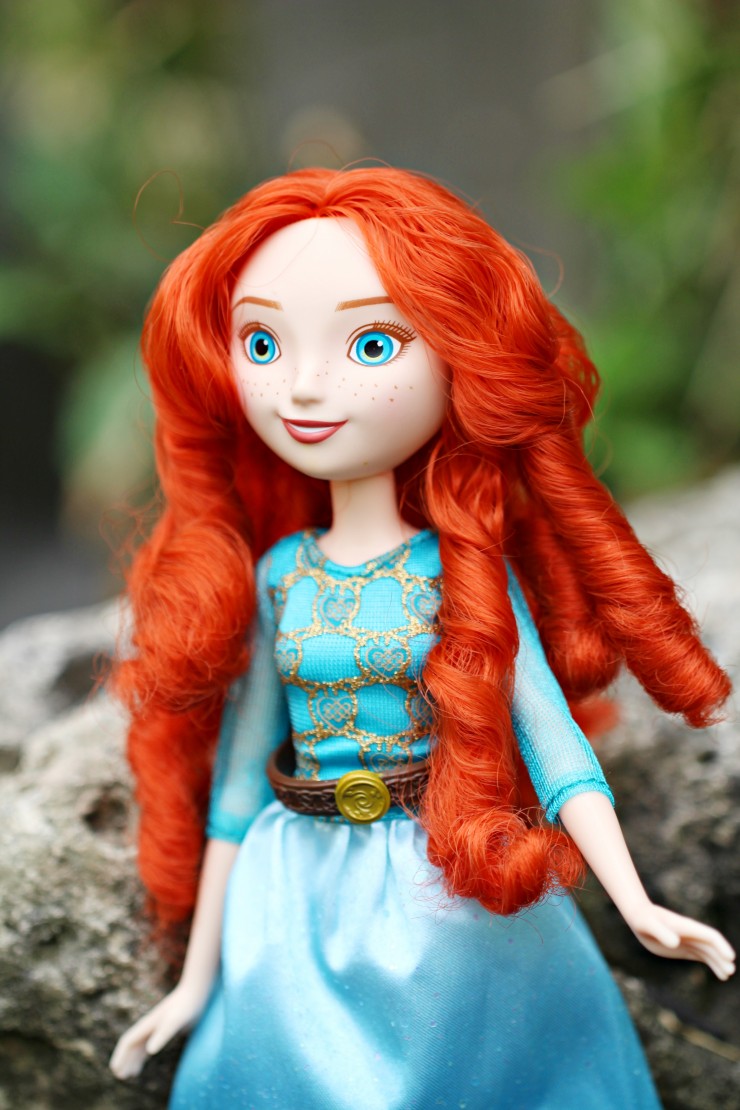 The Royal Shimmer Merida dolls is gorgeous and so obviously Merida, (although the doll has freckles while I’m pretty sure that Merida in the movie does not.)  Her fiery red hair is curled to perfection, although I am sure my girls will have it closer to Merida’s usual wild look with a little more play.

Her dress is a signature-coloured jewel-green gown but ombre with glitter accents. She also wears a removable belt and shoes.

I am really impressed with how close they got this doll to how Merida looks in the movies. 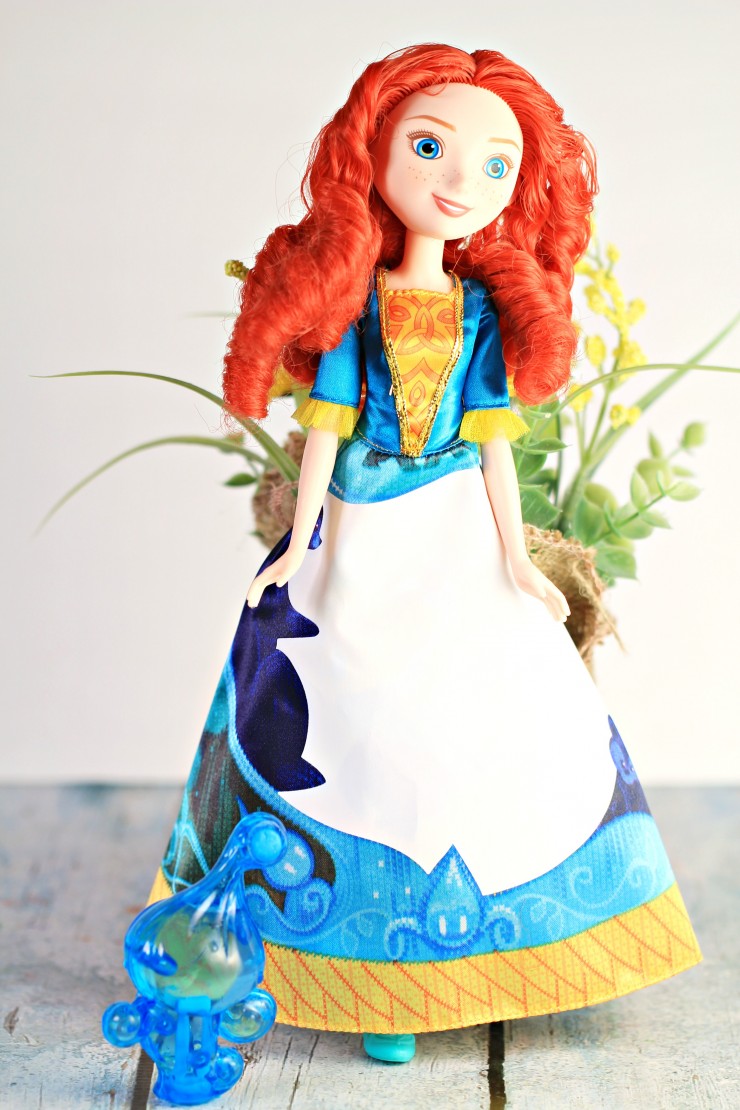 Merida’s Magical Story Skirt doll is a ton of fun. My year old spent forever using the water wand to reveal Merida’s adventure on her skirt in a pattern that looks like a tapestry. The wand is easy enough to fill and has a small sponge that wets the dress to reveal the magic. Once the dresss dries off the story dissapears and the dress turns back to white so that you can use the magic wand over again to reveal the story. 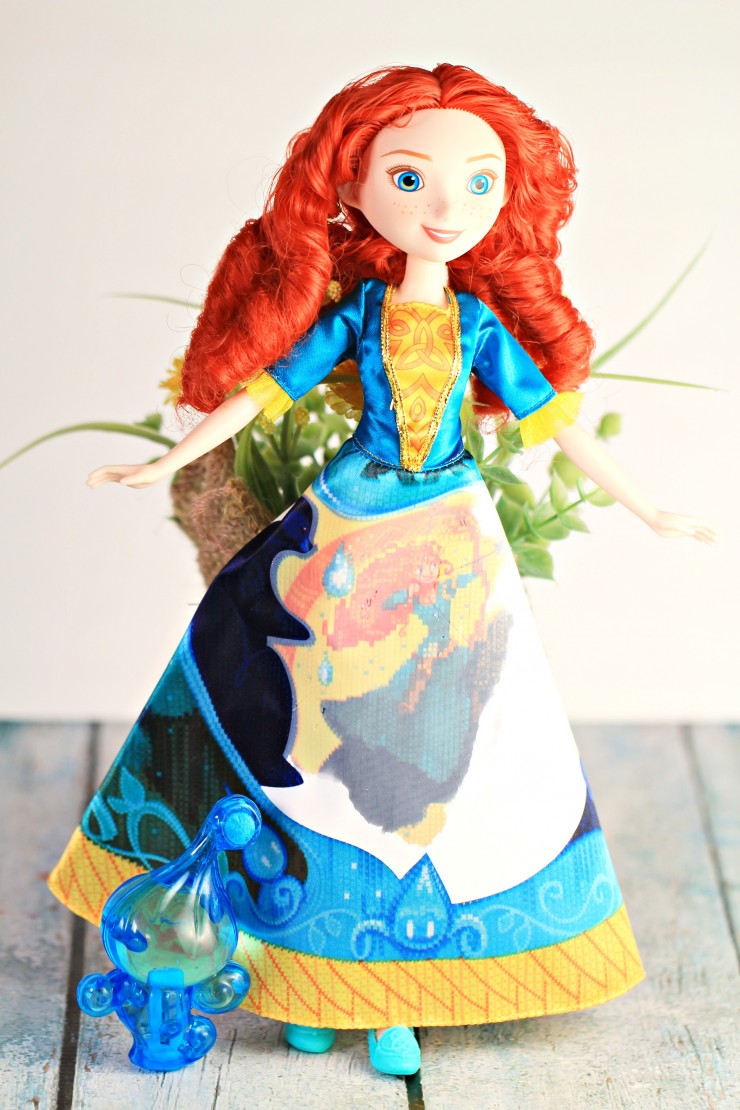 My 4 year old has had no issues with using the wand to reveal the story but I have found that once the skirt dries that there are a few spots left on the skirt where the pigment doesn’t dissapear completely, and it doesn’t really return to white, it has a bit of a water stained look to it. Still that is just an adult being picky, my 4 year old doesn’t notice these things, and still gets excited to reveal the story on the skirt each time she plays with Merida.

Even just this morning she was telling me “I can’t believe this happens!” and then telling her sister to look, and that it was “really magic”. 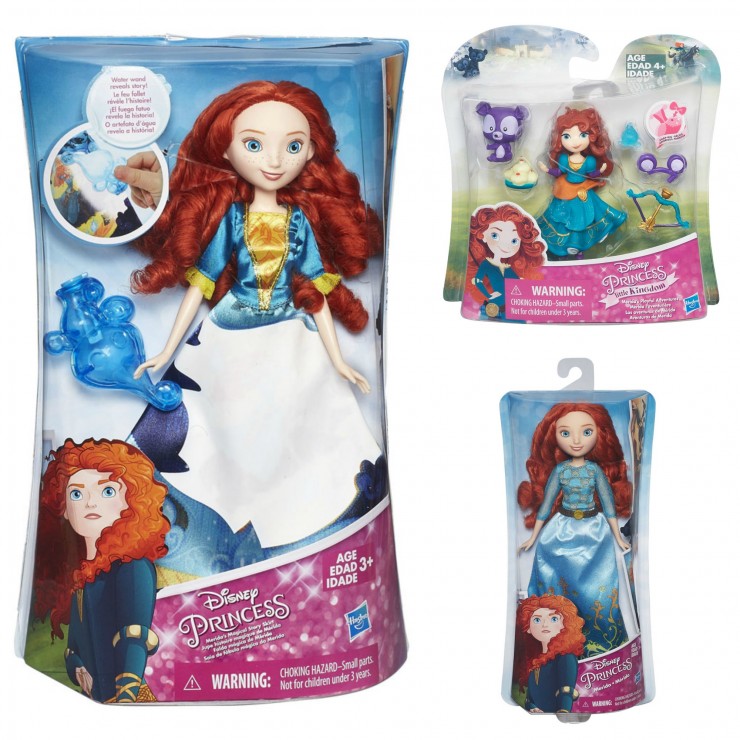 The Disney Princess Merida’s Magical Story Skirt Doll is so pretty and thats the one Emily picked out that she likes the most !

I am excited about Disney Princess Little Kingdom Merida.

I definitely think the Disney Princess Little Kingdom Merida and Bear Brother doll would be a big hit at our house!

My girl bella would love this!

I think my oldest would absolutely love the Disney Princess Little Kingdom Merida and Bear Brother doll! even though she really would love them all