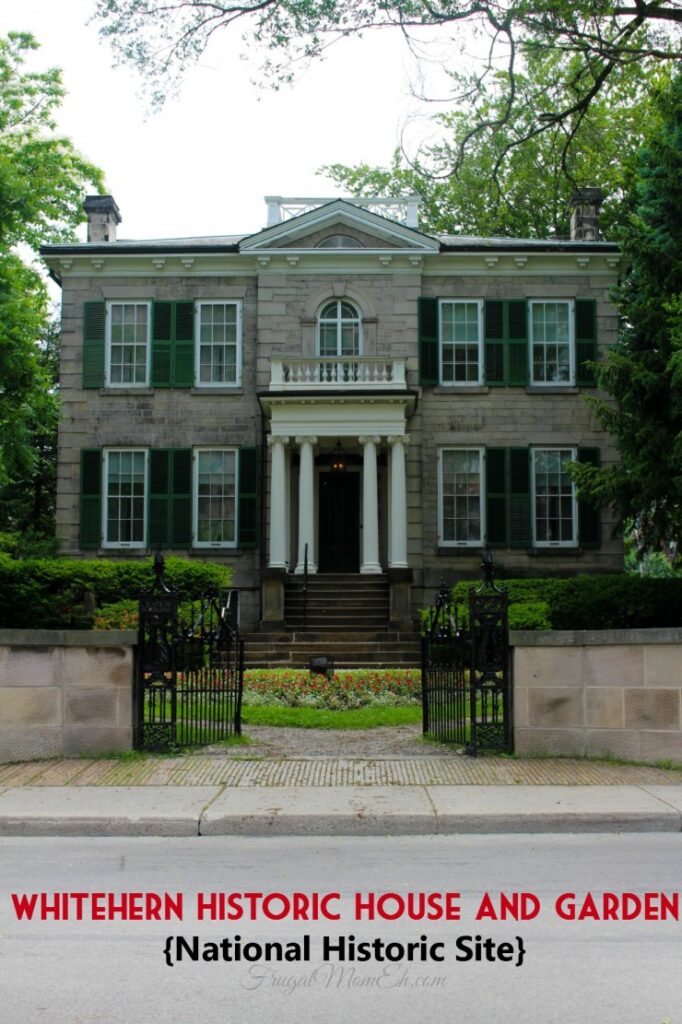 Once you have stopped in at Dundurn Castle, you should make your next stop right in the heart of downtown Hamilton at Whitehern Historic House and Garden.  The 19th century urban estate is prominently situated within a walled garden and is one of the finest examples of an intact historic home in Canada.Three generations of the McQuesten family lived at Whitehern from 1852 until 1968. Among the last generation were six children who never married. In 1959 the three surviving members of the family bequeathed the home to the City with all its original contents. It contains elements from many time periods – Georgian, Victorian and Edwardian – dating up to 1939 when the Honourable Thomas McQuesten was Minister of Highways.   The tour allows visitors to explore the heritage of Victorian ideas and possessions that influenced life at Whitehern on the eve of World War II. 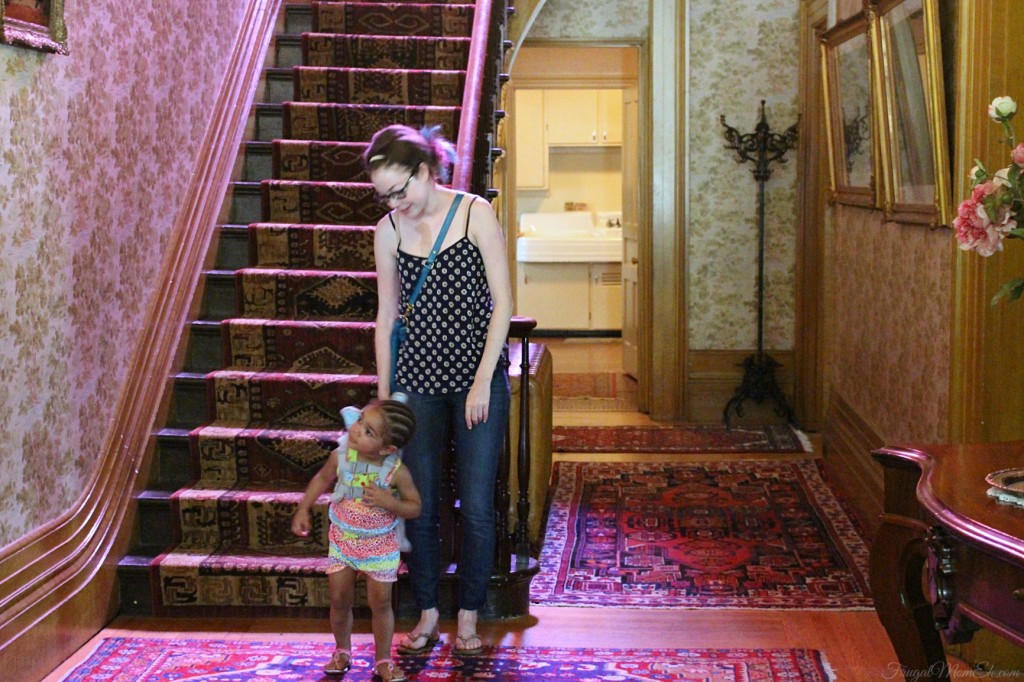 There is plenty of paid parking lots when visiting Whitehern – a City Parking lot on MacNab and Jackson St as well as City Hall parking with limited spots open to public parking.  Yes.  City Hall.  Whitehern is located behind City Hall which is part of what makes it such an unexpected time capsule.

The entrance is by way of the front door.  Ring the doorbell and wait for your historical interpreter to answer, dressed as the McQuesten’s servant, Anne Vallesi, during the latter half of the 1930s.

We were lucky enough to have our interpreter all to ourselves which allowed us to go at our own pace.  We began the tour upstairs and made our way through the house after a quite interesting run down on the history of the McQuesten family and Whitehern itself. 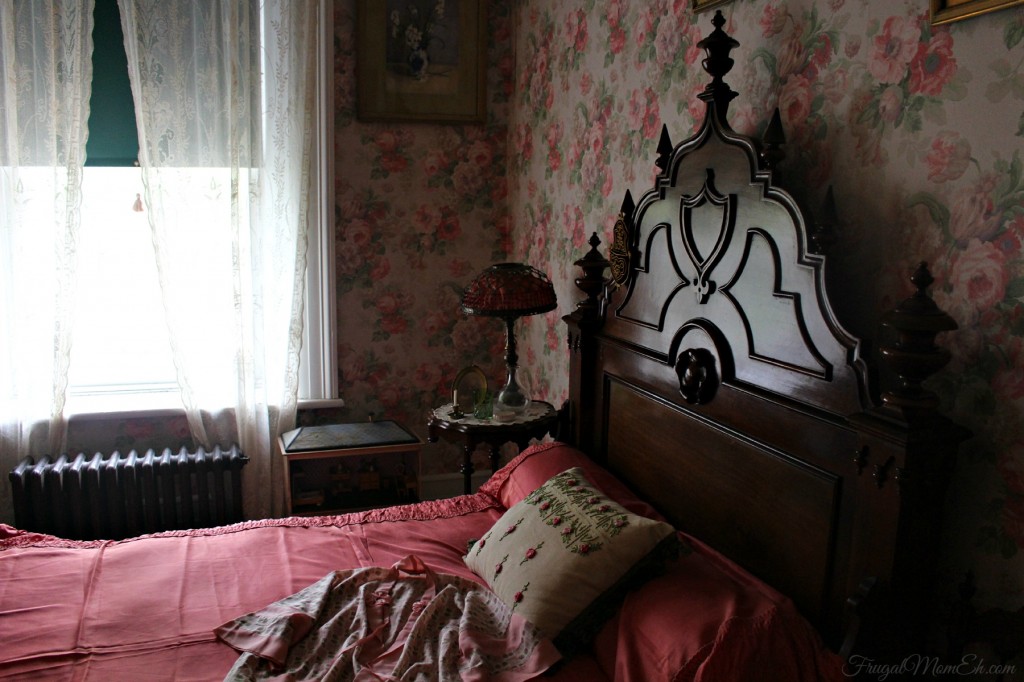 I was surprised by the amount of influence the McQuesten family had over not only the industrialization of Hamilton, but also on the development of  features in the area such the Queen Elizabeth Expressway, The Royal Botanical Gardens, and more.

The history of the family is incredibly detailed thanks to letters left behind by the family.  I thought their was story was tragic as a whole which honestly does make it a little bit more interesting.  Who doesn’t like a little drama with their history? 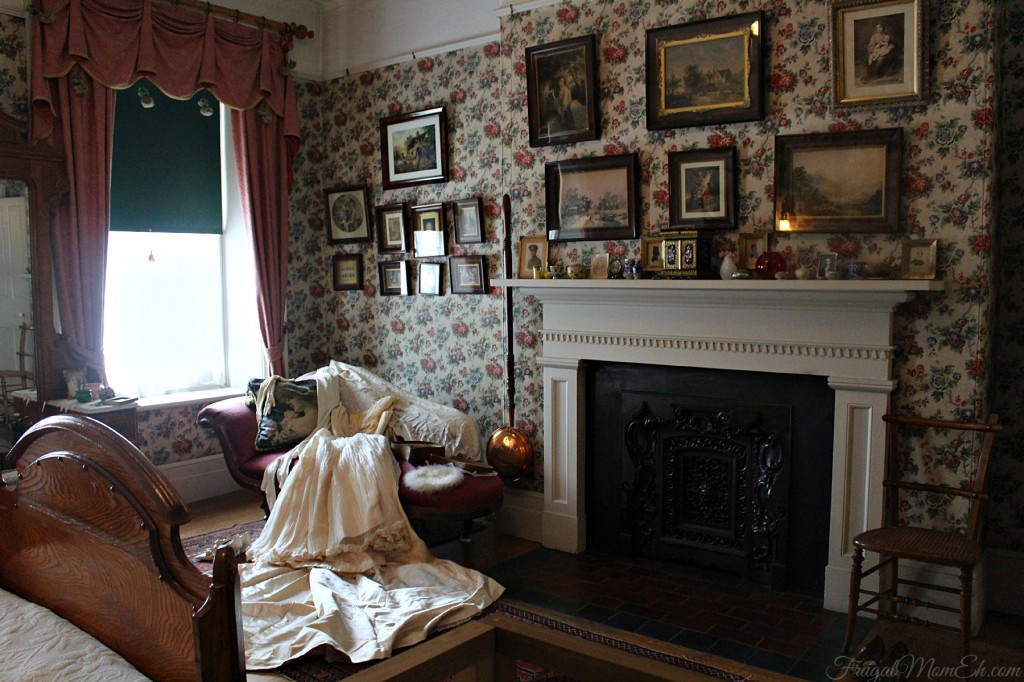 It is interesting to note that Anne, the servant of the family, is still living and we have her to thank for the accuracy of the setup. 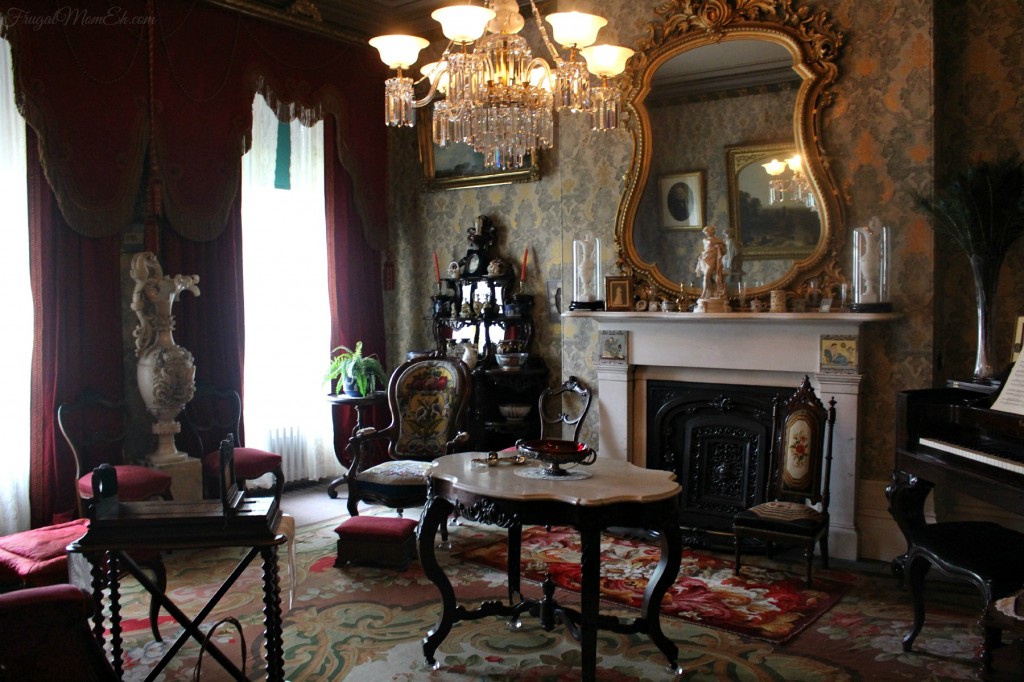 My favourite room in the house is the library/study.  There is just something about the wall to wall built-in bookshelves that made me fall in love with it.  The house as a whole though is filled with books.  It is clear that the family loved to read.

You will notice in the second photo that there is a little dollhouse right behind the bed.  It was found in the attic along with a collection of other toys dating back to the McQuesten children’s childhood.  Speaking of tragic, they had stored the toys up there in hope of passing them on to their future children. 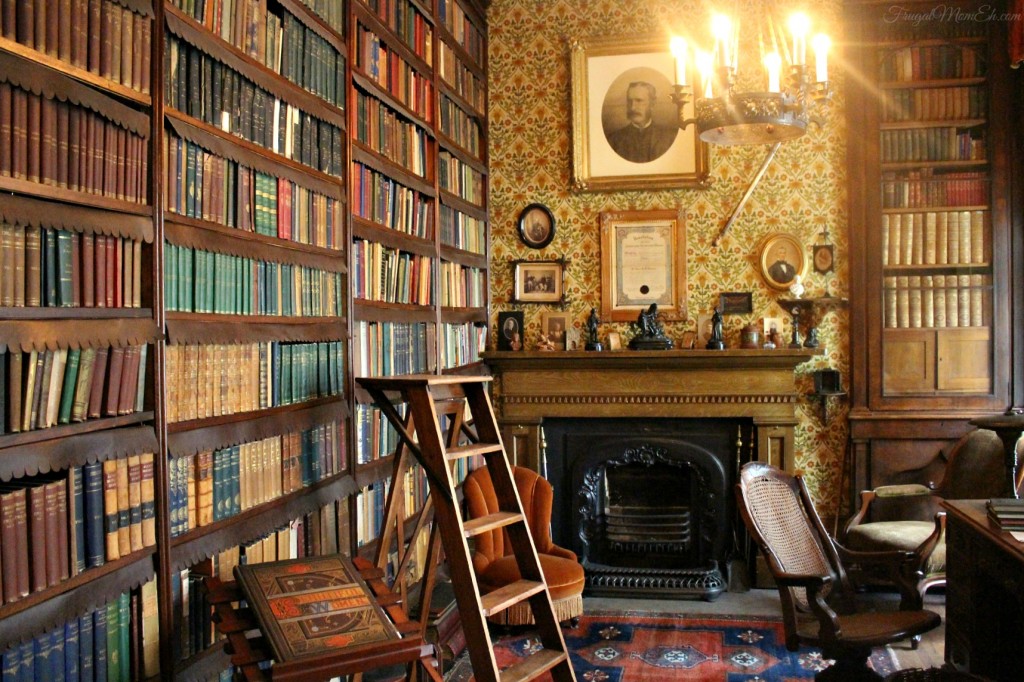 The house had a new addition built on to the original house to create the servants quarters that Anne lived in.  When this was done the basement kitchen was converted to a lounge for Thomas McQuesten and a new and very modern kitchen was installed in the new wing complete with electric fridge and stove.  The contrast between the old and new is striking. 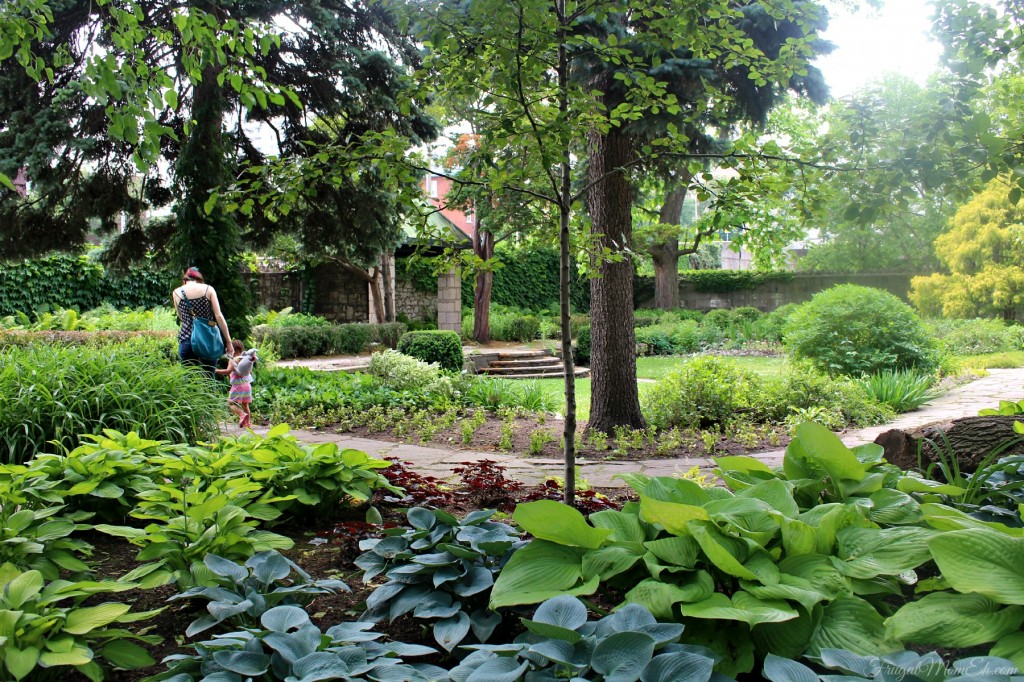 Once your guided tour is complete you will want to take advantage of the beautifully maintained garden around the house.  The Garden is free to enter, and many Hamiltonians visit during their lunch hour to eat in the peace and beauty that the garden offers. 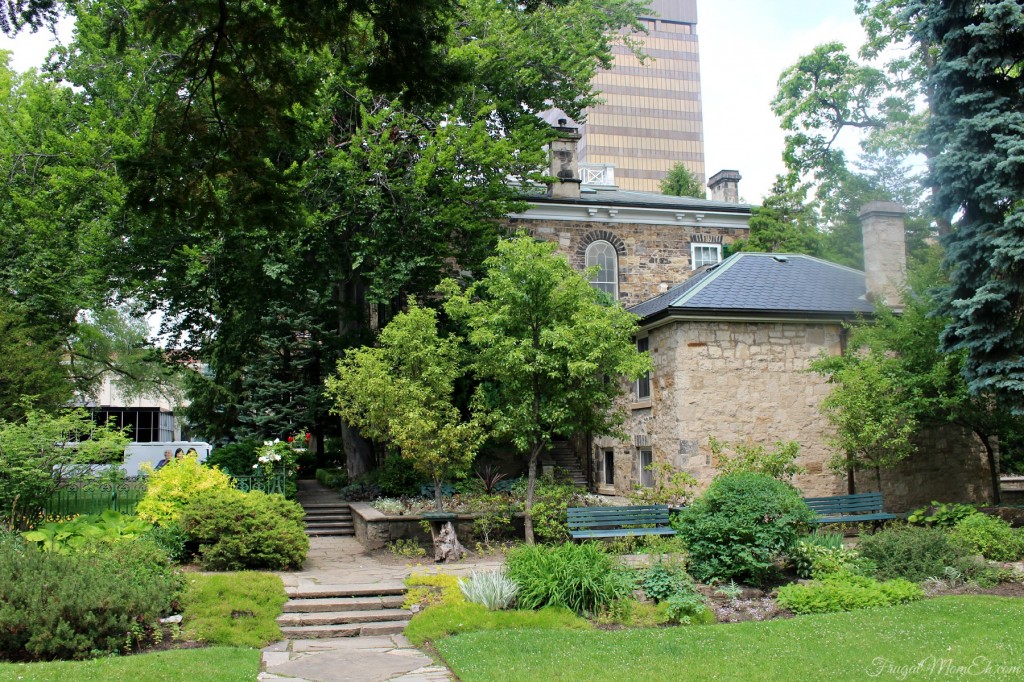 I visited with my sister, Keira (2) and Ava (6 months).  I would definitely recommend this as a family attraction, probably most suited for children 8 and up.  However, Keira was quite interested in seeing the house and exploring with us, so even younger children will probably enjoy themselves.

I am looking forward to another visit as I am interested in experiencing Christmas at Whitehern as I’ve experienced it quite a few times at Dundurn Castle and loved it. 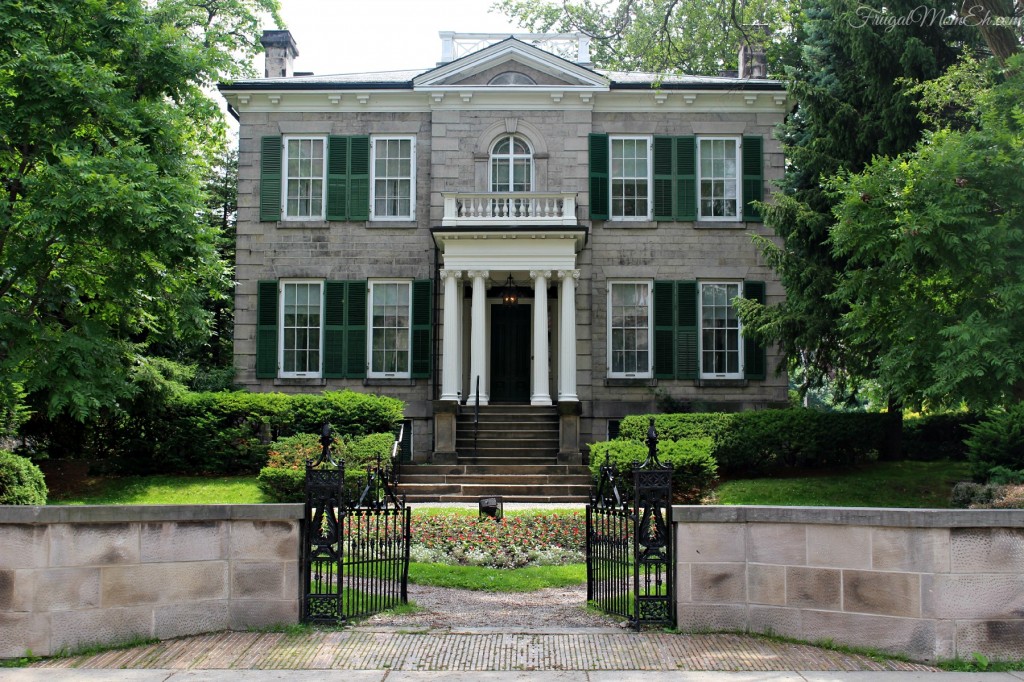 Whitehern does often host various events throughout the year, most notably during the summer months.  If you visit between noon and 2 pm on wednesdays during the summer, you are invited to bring your lunch and enjoy the stunning historic garden setting while listening to live music.

There is also the Teddy Bears Picnic, an event suited for children aged 3-7.  Children will enjoy old-fashioned games, a teddy bear parade and a teddy bear hospital.

This year, coming up on July 6th, Whitehern is hosting “Downton Downtown“.  Discover the Downton in your own downtown. Visit vintage vendors on our west lawn, savour tasty treats from food vendors, and listen to music in the historic back garden. Enjoy a vintage-style fashion show by Blackbird Studios at 7:00 p.m.

Events are held in the garden, which remains free.  There is only a fee associated with visiting inside the Museum itself.