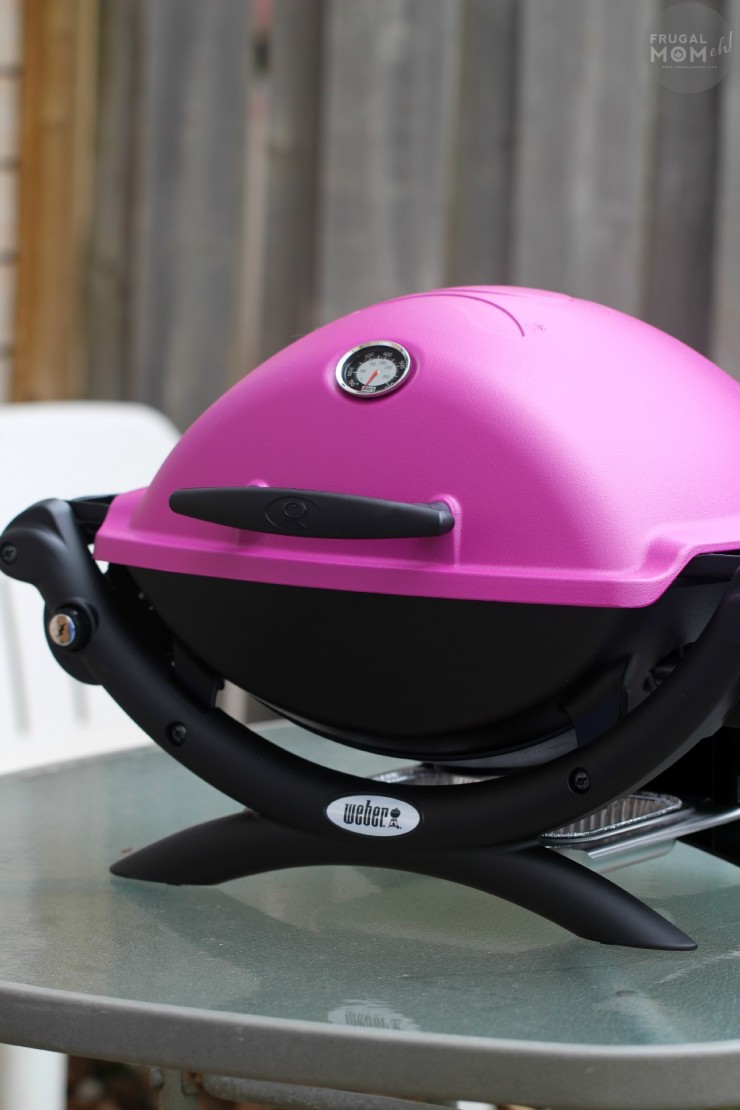 Back in February in the midst of all that cold weather and snow winter brought us this year, I had the opportunity to visit the Weber Grill Academy in Vaughan, Ontario and took home a super awesome Weber Q 1200 grill to test out.

The Weber Grill Academy is Canada’s first and only cooking school dedicated to the art and skill of grilling.  It is a unique hands-on culinary experience that has been custom designed to suit grillers of all levels.

Weber Grill Academy classes are held year-round, are open to the public, and are always hands-on. In each class, you’ll get three hours of instruction from Grill Specialist and celebrity Chef Michael P. Clive, and when you’re done, you will eat your creation (and can take home your leftovers—if there are any!).

The Grill Academy is also available for private parties and corporate events, providing an exciting and truly one-of-a-kind culinary experience. 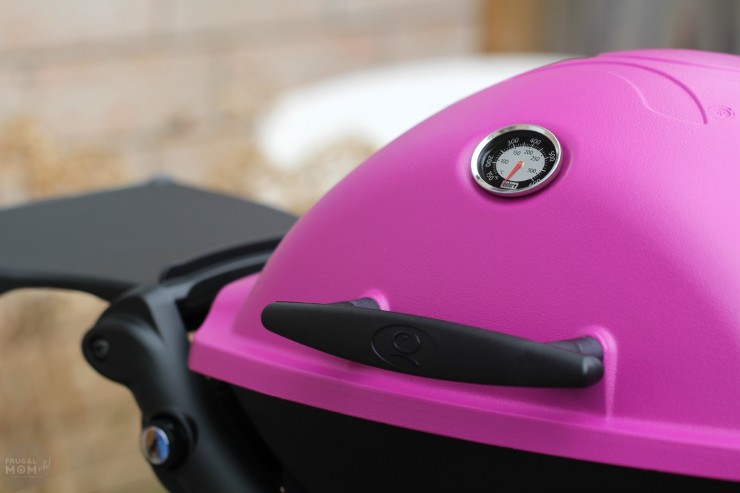 The best part of the evening was definitely being given a brand new Weber Q 1200 grill in my favourite colour, Fushia, to test out at home.   Isn’t it pretty? 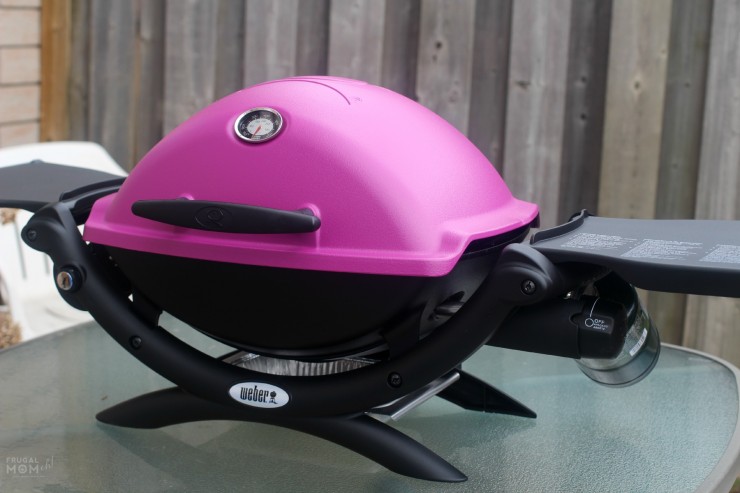 We’ve finally had some nice weather so I’ve had the chance recently to take out my new Weber Q 1200 grill.  Now I know there are plenty of hardcore grillers out there who are happy to go out in the middle of a blizzard just to get that unique grilled flavour but I prefer to go into hibernation until the warm weather hits.  Don’t worry though, I’ve been making up for that with a whole lot of grilling! 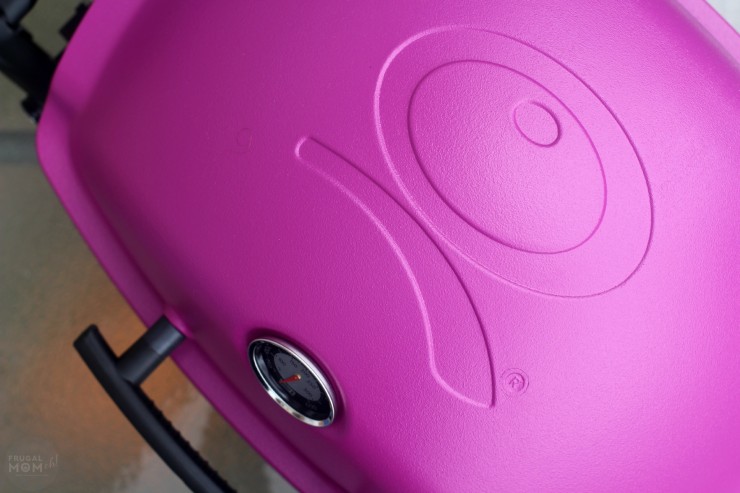 The Weber Q 1200 grill does come unassembled but I promise you I was able to do it all by myself and unlike the time I put together Keira’s dresser there were no mysterious “extra” screws by the time I was done. 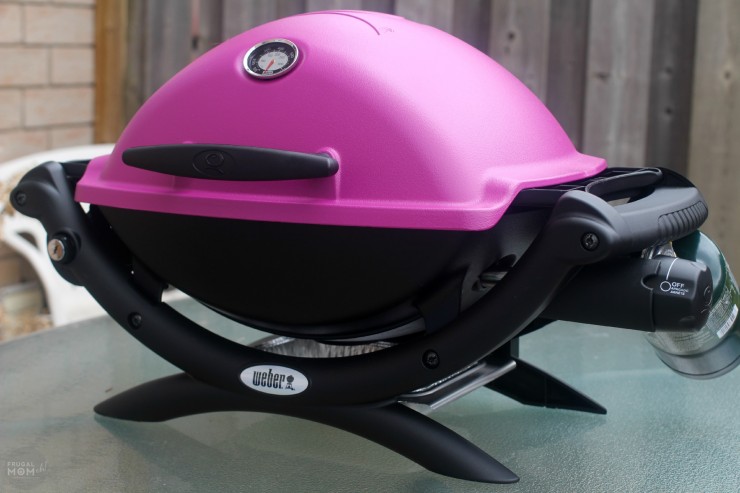 The Weber Q 1200 grill is perfect for grilling on the go such as camping and at picnics.  It’s small and easily portable but incredibly easy to use with big grill results.   It’s also really great for those whose backyard space is at a premium like ours and store compactly.

Let’s talk about aesthetics though because honestly I don’t know very much about the specifications of a grill.  I mean I know that the higher the BTU the better but beyond that?  Not so much. {Edit – Apparently this is a myth,  a grill should be fuel efficient and not need a lot of BTUs to get the great grilling/cooking results that consumers expect.}   I love the smooth lines and curves of this grill but obviously the most awesome design detail is that coloured hood.  It is available in other colours (black, blue, green, purple, orange and titanium,) but let’s face it, the Fuschia is pretty awesome so I know you’ll want to just copy me and go with that. 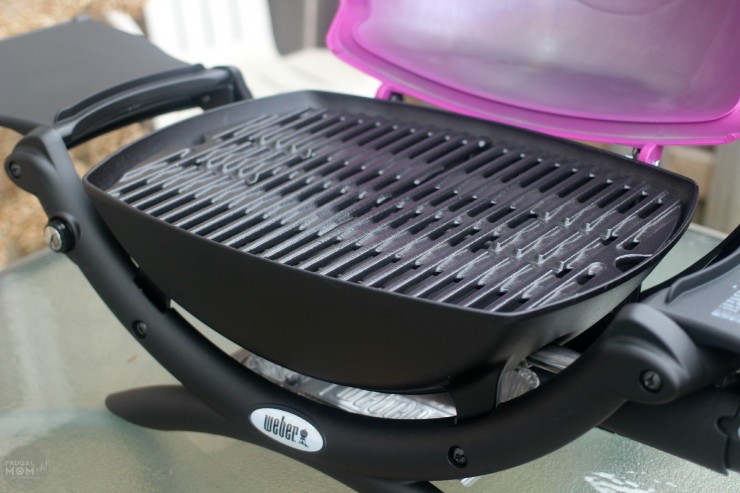 It comes with porcelain enameled cast-iron cooking grates but you can purchase a griddle to swap out one of the grates with.  Mmmm Camping pancakes… the best thing ever!  I’ll be asking for one of those for Christmas this year. 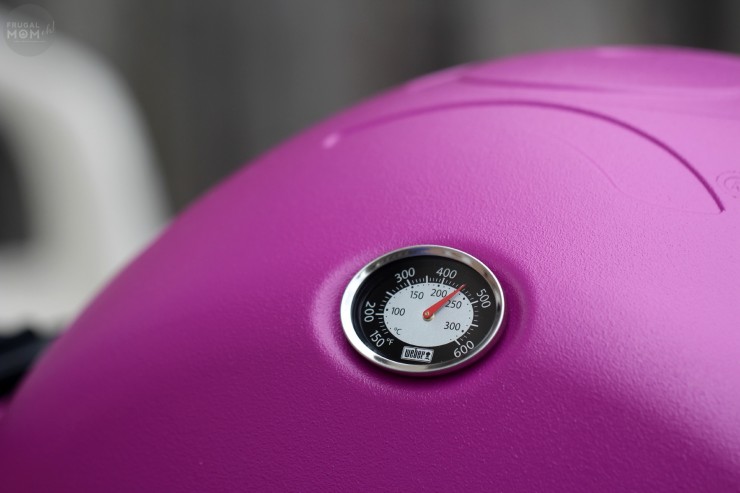 The  Weber Q 1200 grill also features a built-in thermometer right on the hood. 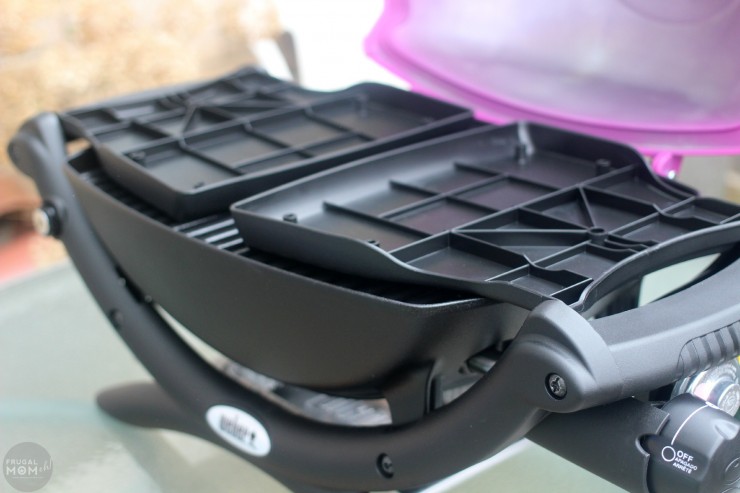 Also fold-out side tables that also fold in.  Pretty smart. 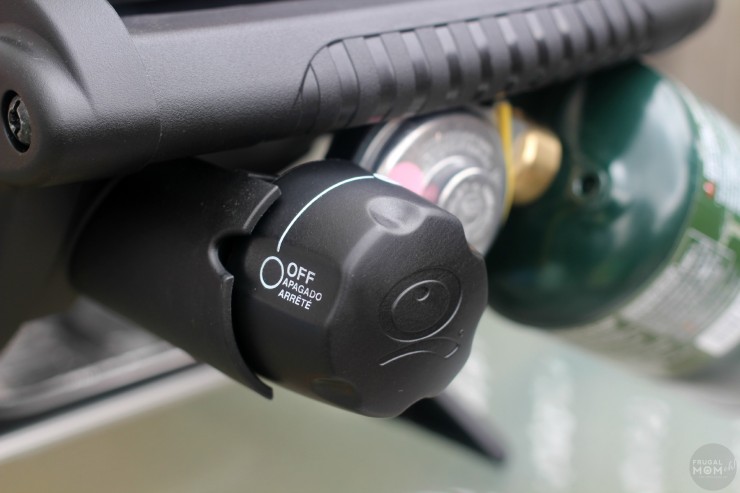 I really adore the electric ignition on the Weber Q 1200 grill.  It really takes the pain out of grilling and makes it more accessible to those, who like me, prefer not to risk their life using a match. 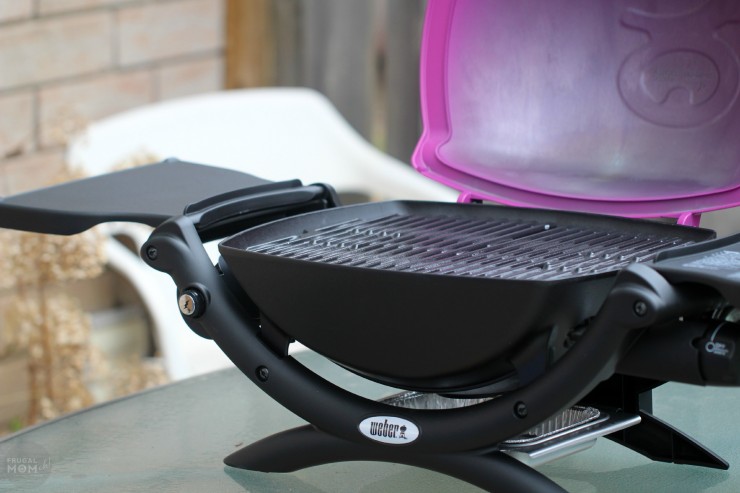 When it comes down to it though, I have to say that I really love the performance of this grill.  I’ve seen other people spend ages fumbling around trying to light their grills to only then have to struggle to actually grill their food.  Grilling on this baby is comparable to grilling on my Dad’s full-sized barbecue and gives a nice even heat.  The grill itself is a lot roomier than you would think too which nice.

Are you ready to grill this summer?

This is such a cute little grill! love the colour!

I love this. I love the size. It would be perfect for my patio. The color is also really really fun! Now you have me craving a grilled hamburger :)

I love the portability of these. Super awesome!

Love the colour, what a cute grill! Would come in handy for camping!

I hardly ever touch our Barbeque. I am nervous about lighting it and it is too big for my husband and myself. However, If I had this Weber a 1200 Portable Grill in this wonderful Fuschia color, I probably would grill 2 or 3 times a week and both my husband and I would be eating so much healthier. Love the grill and thank you so much for telling us all about it.