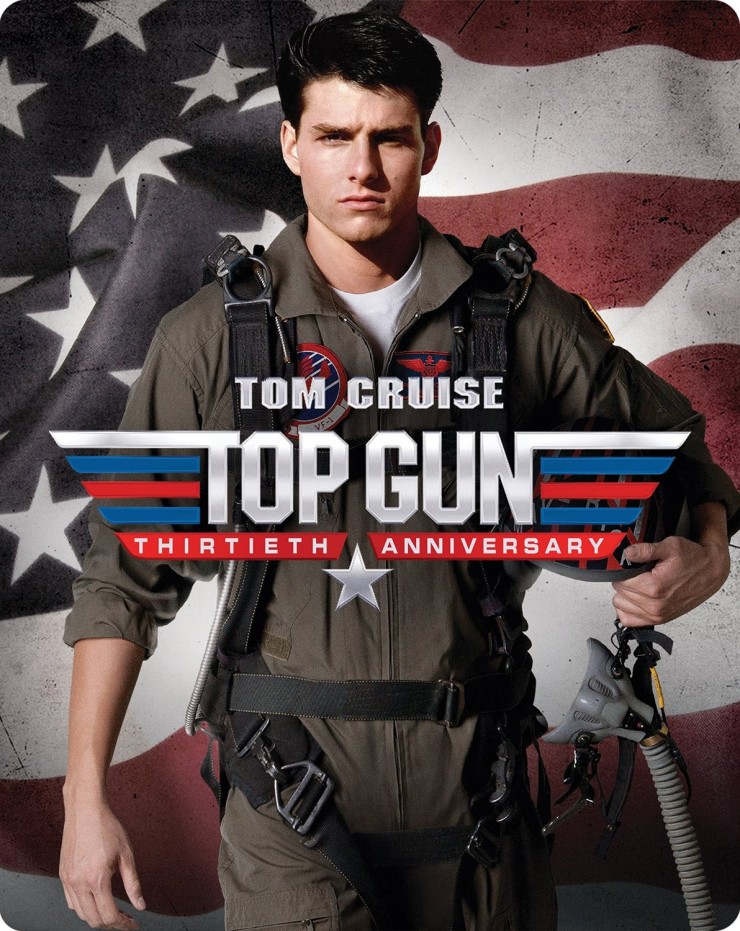 Thirty years ago, Top Gun took audiences into the Danger Zone with the blockbuster hit that made Tom Cruise a worldwide superstar. Now, with the 30th Anniversary celebration, experience the film that remains one of the most high-octane action-adventures of all time…in this Steelbook Anniversary BD Combo Pack! The Blu-ray Combo Steelbook is available now, and retails for $14.99 USD ($15.99 in Canada).

The story of an elite group of pilots competing to be the best in their class and earn the title of “Top Gun” captured the imagination of moviegoers upon its release on May 16, 1986, ultimately earning a worldwide box office of over $350 million.  Tom Cruise is superb as the cocky but talented pilot Maverick and Kelly McGillis sizzles as the civilian instructor who teaches him a few things you can’t learn in a classroom.  Featuring a sensational soundtrack with unforgettable songs including Berlin’s “Take My Breath Away” and Kenny Loggins’ “Danger Zone”, the film also stars Val Kilmer, Anthony Edwards and Meg Ryan.

I’m sure most of you have seen Top Gun at least once if not a handful of times (or more) so I’m not going to talk about the movie, or the quality of the movie itself as it’s been released on Blu-ray previously and this release does not feature any new content. That said, fans of Top Gun who don’t already own the film on blu-ray should probably go out and pick up this limited edition – it really is a great looking release with the collector steelbook packaging. I think  it would make a great Father’s Day gift – maybe in a basket with some retro candy and a 6 pack of beer.

If you already own the film on blu-ray, there is no pressing need to grab this version unless you are interested in collecting the limited edition packaging. (Which, again, I think is pretty good looking, and for $15.99 you can’t go wrong.)

Disclosure: I received a copy of of this movie in order to facilitate this review. All thoughts and opinions are honest and my own.

My dad loves this movie!

It sure doesn't seem like it's been 30 years, holy moly!!