Based on the 26 volume book series by Terry Brooks and Executive Produced by Jon Favreau (Iron Man), The Shannara Chronicles: Season One DVD is the epic series set in a world thousands of years after the destruction of our civilization. Earth is divided into what is known as the Four Lands, whose inhabitants are a mix of races including elves, dwarves, trolls, gnomes and humans. At the centre is the Shannara family, whose descendants are empowered with ancient magic and whose adventures continuously reshape the future of the world. 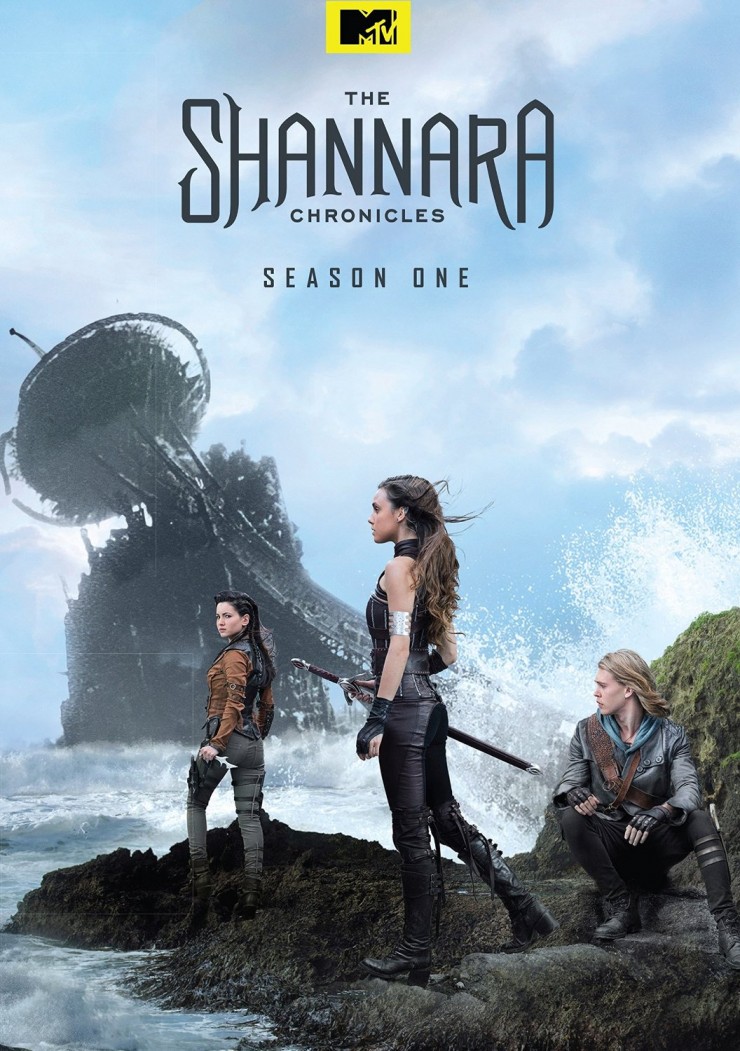 The Shannara Trilogy was one of the first series I remember actually enjoying. I got started with Fantasy novels in middle school after reading a couple Dragonlance books. My friends dad gave me a David Eddings book – Pawn of Prophecy and from there I was hooked on the genre. Of all the series I have ever read though, aside from Lord of the Rings, Shannara felt like it needed to be a movie. I’ve literally been waiting 20 years now to see Shannara on screen, and with a mix of trepidation and excitement, I binge watched the entire series on DVD. (How did I not know this was a show until I was offered the DVD to review?)

The series starts off loosely following the second book from the original trilogy – The Elfstones of Shannara. I was surprised that the show made such a big deal about the post-apocalyptic setting of the series but that actually ended up being one of the best facets of the series. The visuals and cinematography are simply stunning, so much so that I wish this was a blu-ray release.

The characters themselves leave a lot to be desired for the most part. Wil, Amberle (uh I have seriously been pronouncing her name as Amburl all this time) and Eretria all fell completely flat. Some were spot on however, most notabley Manu Bennett as Allanon who portrayed the character exactly as I have pictured him all these years.

I was a little surprised to find that they managed to get through the Elfstones of Shannara from beginning to end in only 10 episodes. I mean, I will take a 10 tv episodes over a 2 hour movie any day, and there were far more details and subplots included than would have been found in a movie. That said, there were subplots completely ignored from the book that would have worked well, and then other subplots created as filler (I’m talking to you, entire episode visiting the village of Utopia.)

I am left feeling like they should have dragged the story out longer with more adventure, explored the characters further and not rushed through the source material so quickly.

I do understand that changes are generally made when books are turned into films and tv series, I do. I loved Peter Jackson’s take on LOTR, and I even enjoyed the Hobbit. This though? Well, I am interested in seeing where the second season takes us. I’m not ready to judge quite yet as I did quite enjoy watching the series once I suspended my frustration over things like Flea Ohmsford portrayed as Will’s Uncle and Shea as his dad when in fact Shea was his Grandfather. Or the weird and forced feeling lesbian scene between Amberle and Eretia. Or all the soap opera drama that was injected into a story that simply did not need it. Ahem.

So all that said, I am looking forward to checking out season two in 2017, because I am very curious about what they will do once they need to work outside of the general plot line provided by The Elfstones of Shannara. Totally worth picking up if you are into the genre and are able to temporarily forget everything you know about The Shannara Series (if you’ve read the books, and if you haven’t – get on it!.)

Thanks for the review sounds like a good watch