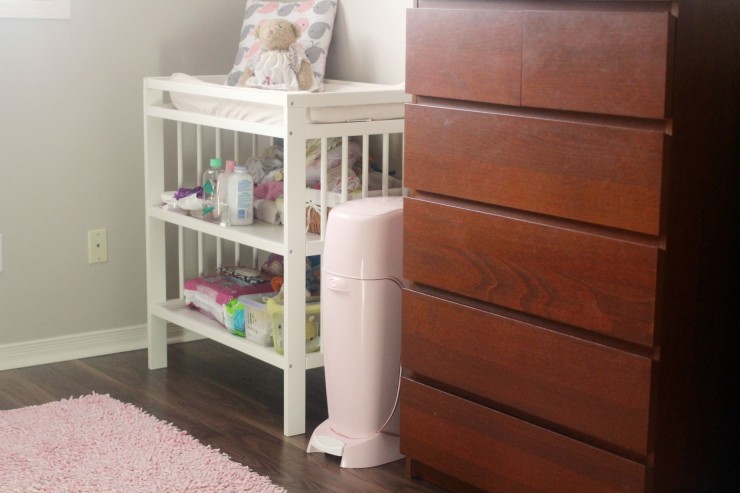 Back in 2012 I had the opportunity to review the Diaper Genie® Elite Diaper Disposal System.  I had previously been using a different disposal system and after that review the old diaper bin was sent to the dump and I never looked back. 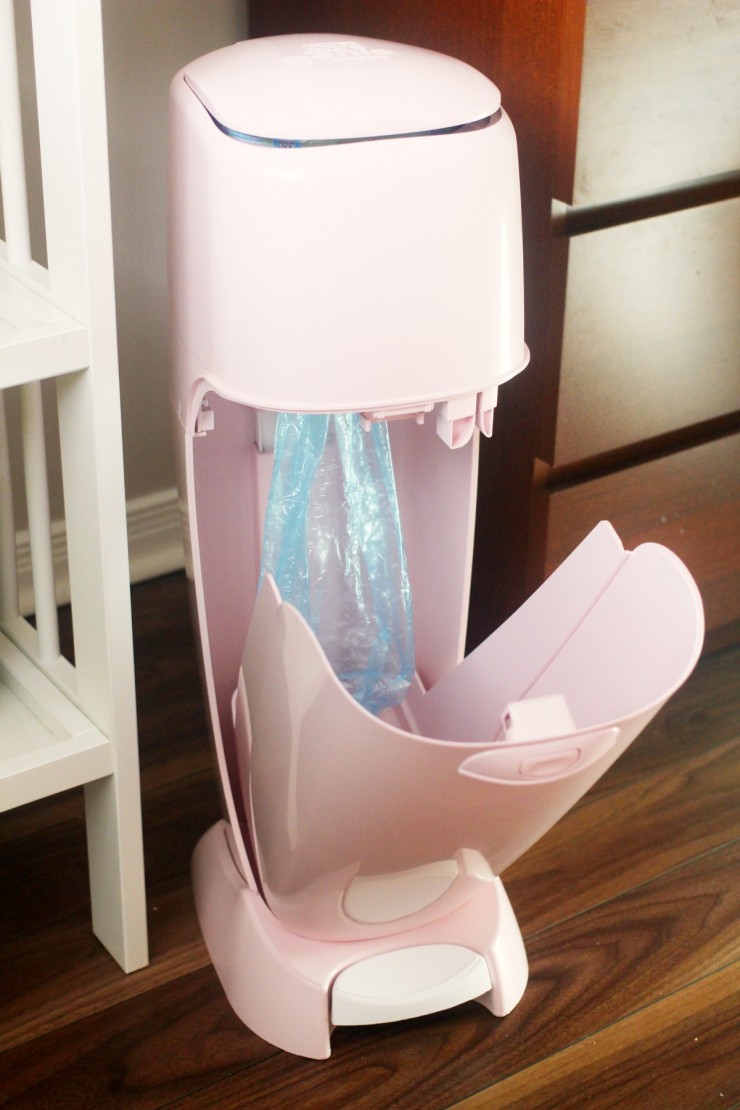 Playtex recently upgraded the Diaper Genie Disposal System I’ve loved and used all this time. The new Diaper Genie® Elite has an even more sleek design, a front tilt opening for changing the bag, and comes with an unscented refill carbon filter.  The most exciting change for colour co-ordinating loving parents is that it now comes in a variety of colours (pink, blue, grey and white).  What hasn’t changed is how easy it is to use and how well it locks in odour.

My favourite feature of the Diaper Genie has always been that it is hands free.  Just step on the foot pedal and the unique double-clamp air-lock opens for you to drop the diaper into the pail keeping the old diapers closed off so there is no escape of odour while you are stepping on the pedal.  Once you release the pedal the new diaper is dropped in among the others. 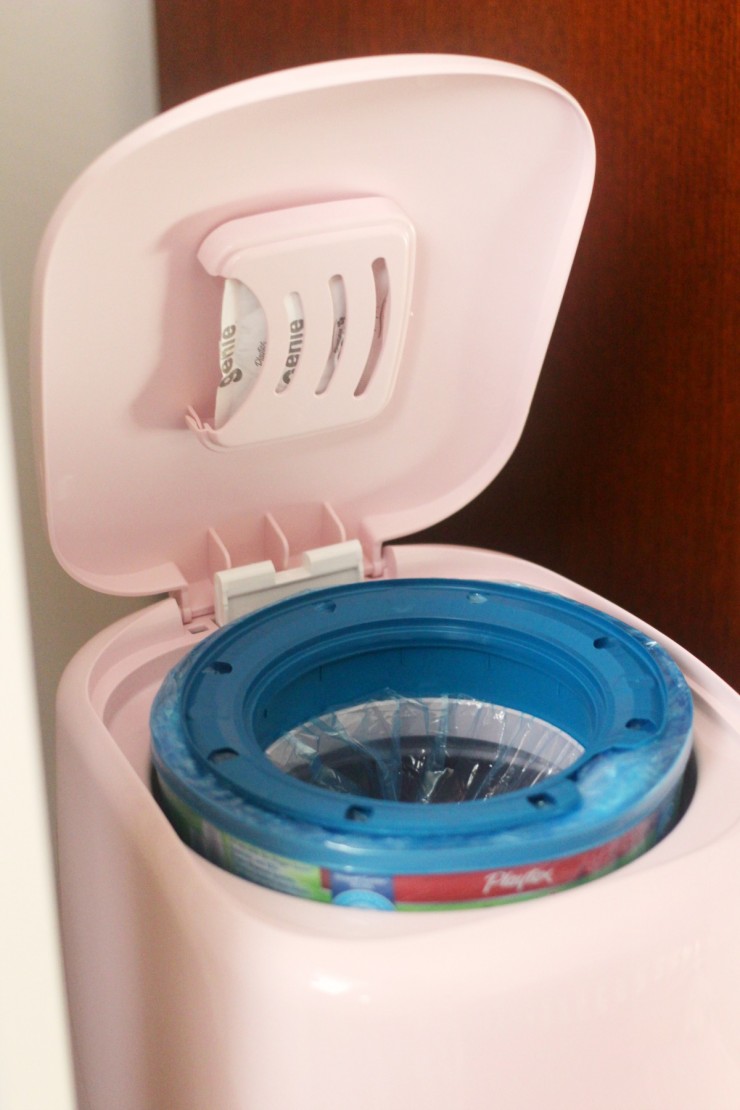 The “bag” is created by pulling the 7-layer film down the refill “hoop” and tying off the bottom. Each refill can hold up to 270 newborn diapers which is pretty good value for the cost of refills. When it comes time to change the bag you simply push the button and the system opens up to allow you to easilypull down on the film and cut the bag off using the cutter installed in the pail and then tie it off.

The Diaper Genie now comes with a Carbon Filter and the carbon filter holder in place on the lid.  The carbon filters are made with activated carbon that is safe and natural which works to lock in odour molecules rather than just trying to mask odour with fragrance.

I have learned that you need to be sure you don’t overstuff the disposal system and change the bags regularly.  The carbon filter can only do so much!

The new Diaper Genie Elite makes for a great shower gift and if you know the sex of the baby then a pink or blue one works wonderfully. 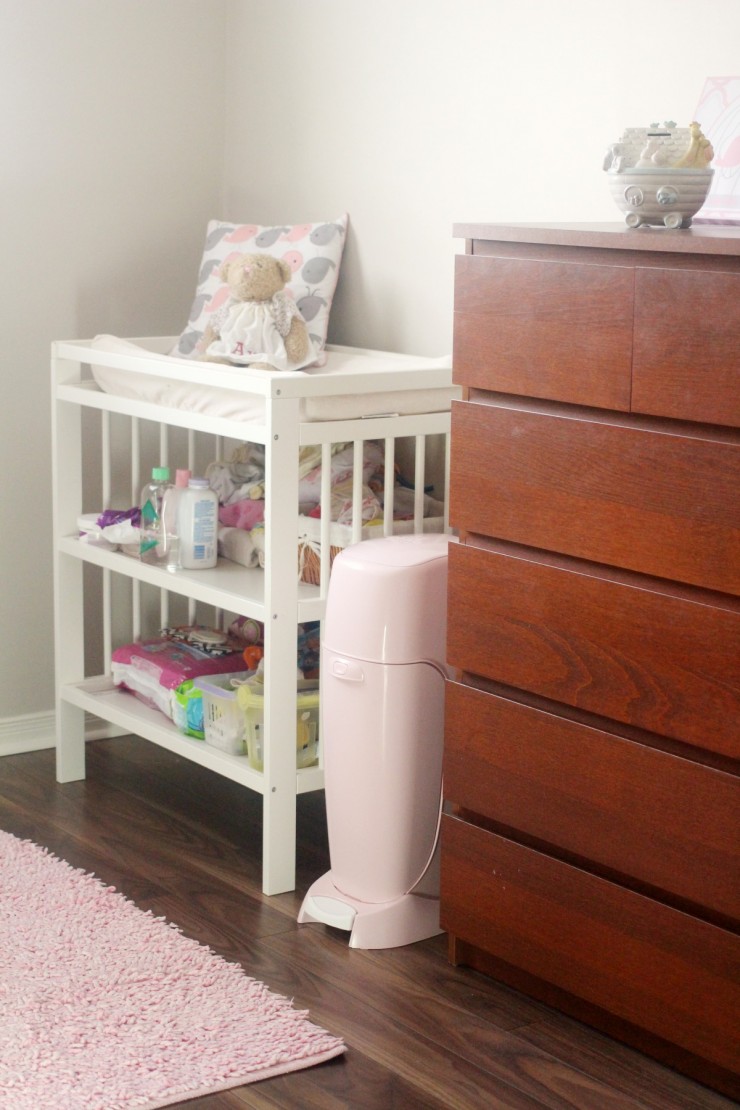 Get One FREE! – NOW CLOSED!  The First 25 Will be Contacted.

Rate & Review a Diaper Genie® Elite on Amazon!  The first 25 Frugal Mom Eh readers who are interested in trying and reviewing the Diaper Genie® Elite will receive one for free to review on Amazon. All you have to do is request your free sample (which has a retail value of $45.99) and post your honest review on the product page on Amazon.ca and send me the link to your review for the chance to win an Amazon gift card valued at $150!

Disclaimer: This program is only open to residents of Canada. To participate, you must have previously purchased an item in the last 6 months on Amazon.ca; otherwise, you will be unable to leave a review.  All participants will receive the same Diaper Genie model featured in this post (pink).

Disclosure: This post has been sponsored by Playtex and I received the above mentioned product in order to facilitate this post. However all opinions are honest and my own. We’ve owned and used a Diaper Genie Elite for the past three years, so I think is pretty telling!

How do I contact you about my review? Thanks

Our diaper genie lasted for two years! It was a great piece of plastic for our nursery. Highly recommended!

I have never used a Diaper Genie before, but I've heard nothing but good about it over the years. I like how sleek and modern it is.

My daughter has one for her baby and couldn't live without it. Those things really hold in some awful smells!

Such a cool diaper disposal. I never had one but will consider to purchase in the future