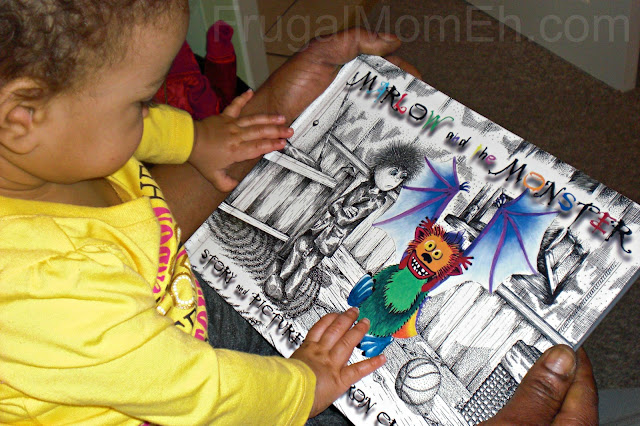 Marlow and the Monster is about a monster who wants to play with a little boy named Marlow.  Marlow is not afraid of the monster but rather finds him annoying as he gets him in trouble with his parents who insist monsters aren’t real.  Marlow tries to rid himself of the monster by dumping him on his little sister.  Marlow’s sister brings the monster back and Marlow finds out the monster isn’t so bad after all.

Marlow and the Monster is brought to life with vividly detailed illustrations in black and white stippled artwork with the monster painted in dramatic bright colours because, as author Sharon Cramer explains, “Only the kids can see him!”  Sharon has also hidden a sweet little mouse on every page for your child to find. 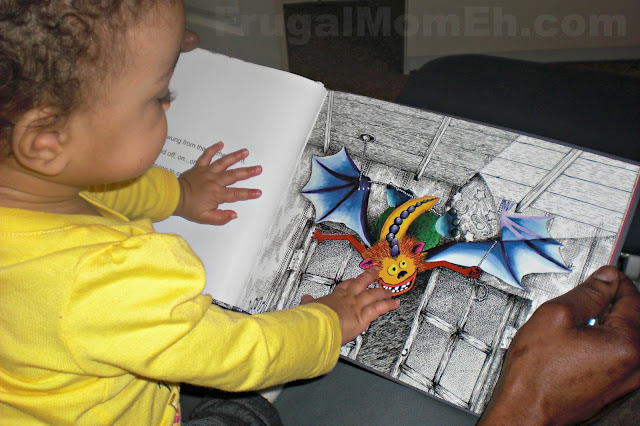 I love that the monster is not portrayed as being bad but rather misunderstood – the monster thinks he is “SOOOOooo scary” but Marlow just finds him annoying.

Sharon Cramer was featured in the August 2012 issue of Staten Island Parent as well as in Oh, Baby  where Sharon Cramer shares tips on “How to deal with Monsters, Bad Dreams, and Other Scary and Frightening things.”  Marlow and the Monster clearly falls under her first tip, and so is a great tool for parents when dealing with “scary things” in a press release found on Talking Bird Book’s website she explains the tip further:

“We donʼt want to underestimate the reality of our childrenʼs beliefs and fears,” says Cramer, “but we do want to help them understand the role their imagination plays in controlling the things they are afraid of. For instance, maybe their monster is silly and goofy instead of mean and scary.”

I would highly recommend Marlow and the Monster for children who are afraid of whats under the bed and for those who just enjoy a good read. 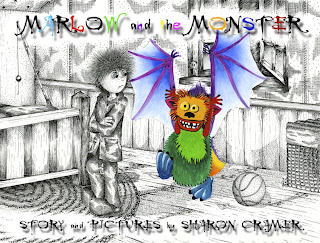 Sharon Cramer is the author and illustrator of the award-winning, three-book series, Cougar Cub Tales.  She is also the author of newly released (August 10, 2012) Marlow and the Monster, and is working on a new young adult series called The Cerulean Star. A native New Yorker, Cramer lived throughout the United States before settling in the Pacific Northwest. She is also a Certified Registered Nurse Anesthetist, working part-time. But, Cramer says she lives for writing and painting her two passions.   Cramer earned a BS in Science and Nursing from Idaho State University and a Master s in Anesthesia and Education from Gonzaga University. She lives in Spokane, Wash. An artist at heart, she also studied art and design at the University of Houston. She has three grown sons and lives with her husband in Spokane, Wash.

You can buy Marlow and the Monster for $14.95 direct through Talking Bird Books or if you prefer through Amazon.com

Yes mine are some time's, their older brother's don't help the situation

I have been very fortunate that none of my children thus far have been scared of monsters- knock on wood.

Yes, my six year old daughter is still afraid of monsters from time to time.

Mine were never scared

I only had one child that was scared of monsters but she called them monkeys. I have 2 grandsons that live with me and they are both terrified of monsters even though I tell them there is no such things as monsters.