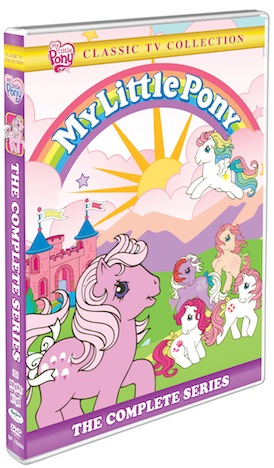 Go Back To Where It All Started!

My Little Pony the complete series available on DVD now; includes all 65 episodes of the Original My Little Pony!

Get ready for lots of sunshine, rainbows, and happiness, pony-style! The original tv series that started the My Little Pony phenomenon is finally coming to DVD in its entirety. My Little Pony The Complete Series features all 65 episodes, and is available in the U.S. and Canada from Shout! Factory Kids in collaboration with Hasbro Studios.

You’re invited to return to Ponyland, the home of all your favorite classic Little Ponies, including the Earth Ponies, Unicorns, Pegasus Ponies, Flutter Ponies, Sea Ponies, Baby Sea Ponies, their human friends Megan, Danny and Molly and, of course, their dragon friend, Spike! Together, they live a life of games, songs and harmony with allies like the Bushwoolies and Furbobs. But, occasionally, there are problems in Ponyland and the Little Ponies of Paradise Estate must face evil witches, goblins, Stone Backs, Grundles and more! Now you can join in the fun and adventure with My Little Pony: The Complete Series! 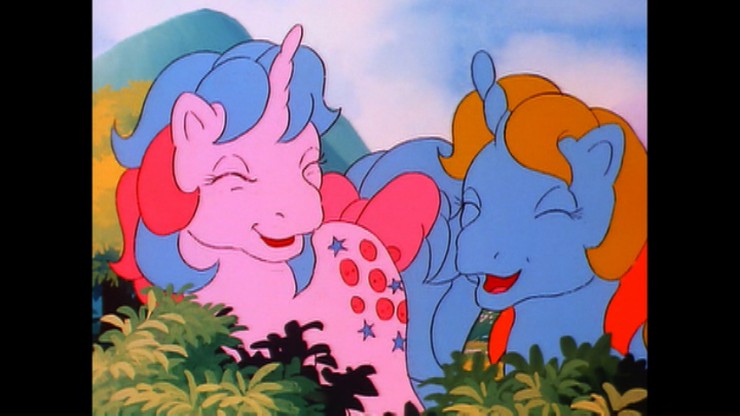 What a trip down memory lane!  This was one of my favourite shows growing up.  My best friend and I would obsessively draw ponies, play with our ponies, watch ponies… My Little Pony was pretty much the end all and be all of our daily lives.

I actually forgot how dark and creepy some of the original My Little Pony episodes were but don’t worry, there is plenty of light fun too.  It takes awhile to get used to 1980s animation but its so worth it and so much fun.  My almost 3 year old doesn’t even seem to notice the difference, she just loves “The Ponies!”.

This is a must have for any My Little Pony fans!

My daughter and now my granddaughters watch this, a multi generational animated series

Eee I can't believe my little pony is still around!

This would make a nice gift