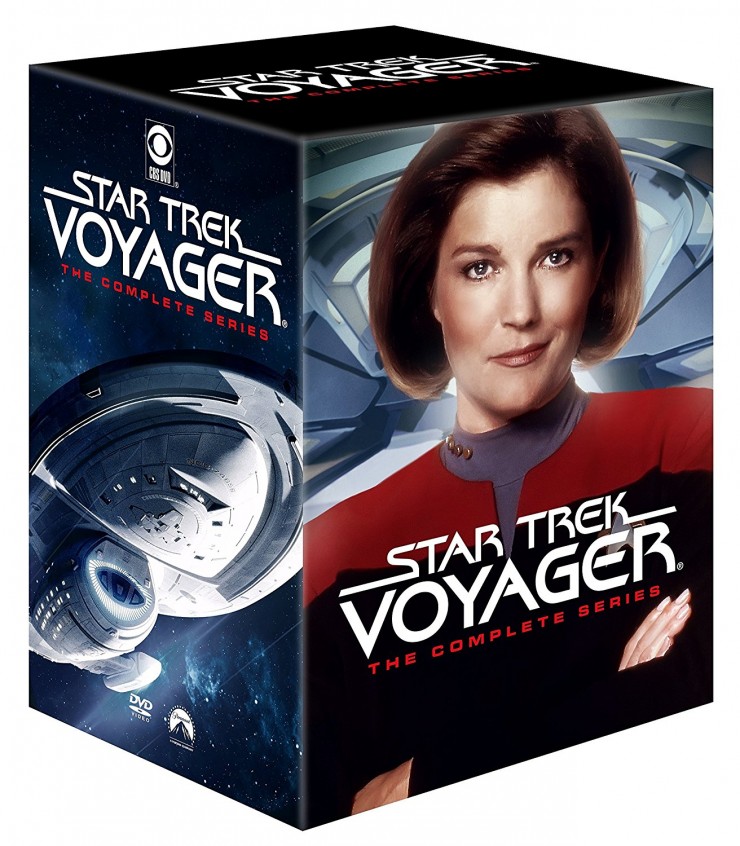 Opening in the 24th century, a setting contemporary with that of Star Trek: The Next Generation and Star Trek: Deep Space Nine and carrying over story elements from each of those series, “Caretaker” finds Starfleet Captain Kathryn Janeway (Kate Mulgrew) stepping into the middle of Federation troubles with the Maquis, an army of rebels violently resisting the interplanetary organization’s treaty with the brutal Cardassians. In the process, both Voyager and the Maquis ship under surveillance are accidentally catapulted out of the galaxy’s Alpha Quadrant (the familiar stomping grounds of Starfleet personnel) by a benign but dying being called the Caretaker. Voyager ends up in the unexplored Delta Quadrant, some 70,000 light years away.

I grew up watching Star Trek with my family. It was one of the only “adult” shows I was allowed to watch. Re-runs of Star Trek: The Original Series were my introduction in the 1980s which prepared me for The Next Generation. I still remembering watching the pilot episode at just five years old with my family.

When Voyager premièred I was thrilled with Captain Kathryn Janeway as a strong female leader. Of course the entire premise of the show was really interesting with a mostly incredible cast of characters. Not perfect but probably my favourite Star Trek reincarnation as it dealt with unknown unknown worlds and people for the most part as well as often tackling real social issues.

Voyager recently saw a re-release in new shelf-friendly packaging; a complete series set including all 172 episodes from all 7 season, and at an incredibly low price. Previously released on DVD in 2004, the packaging on this latest release is far more compact and sturdy than the previous and there are no double sided-discs here.

The contents are the same from the previous release including the bonus offerings. That said the cost really is significantly lower and combined with the fact that the packaging is much nicer, it makes it a no brainer. If you’re a Voyager fan and don’t own the previous DVD season sets then this Star Trek: Voyager: The Complete Series Epik Pack DVD set is for you.