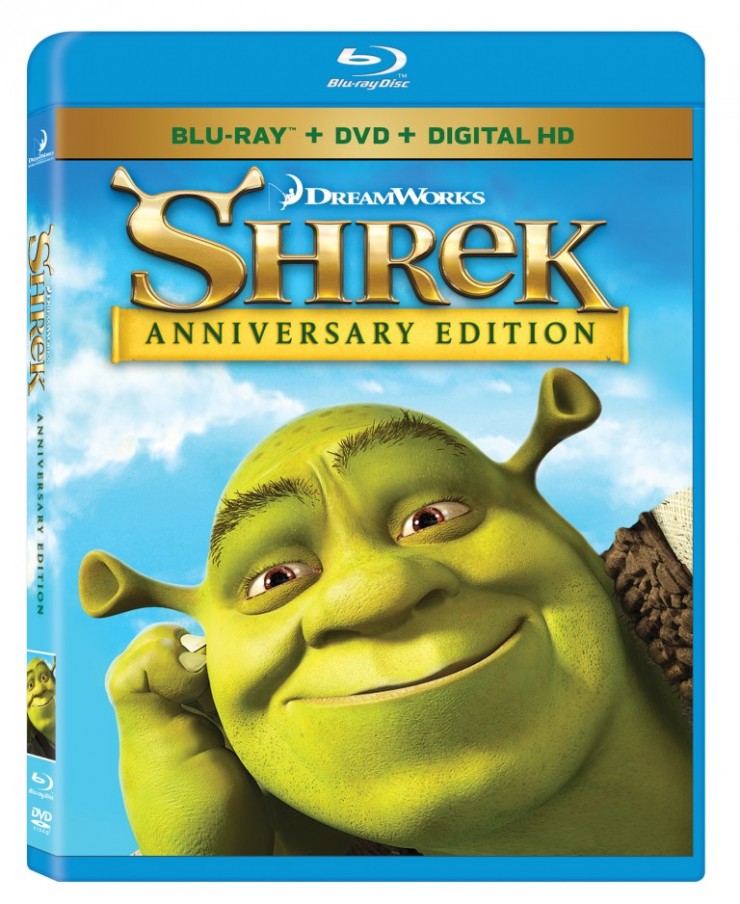 You’ve never met a hero quite like SHREK, winner of the first Academy Award® for Best Animated Feature. The endearing ogre sparked a motion picture phenomenon and captured the world’s imagination with…the Greatest Fairy Tale Never Told! This irreverent animated masterpiece arrived on Digital HD on May 16, 2016 and Blu-ray™ and DVD on June 7 from TwentiethCentury Fox Home Entertainment.
Critics have called SHREK “not just a brilliant animated feature, but a superb film on any level” (LarryKing, USA Today). Relive every moment of Shrek’s (Mike Myers) daring quest to rescue feisty PrincessFiona (Cameron Diaz), with the help of his lovable loudmouthed Donkey (Eddie Murphy), and win back the deed to his beloved swamp from scheming Lord Farquaad (John Lithgow). Enchantingly irreverentand “monstrously clever” (Leah Rozen, People Magazine), SHREK is an ogre-sized adventure you’ll want to see again and again. 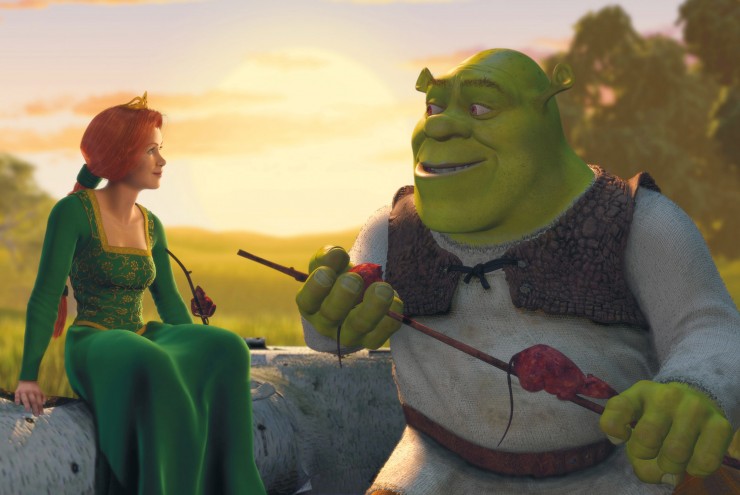 It’s hard to believe that Shrek is already 15 years old. I mean I was in my OAC year when it came out (Grade 13, who remembers that being a thing?) How is it that I have already been out of high school for that long even?
Shrek reminds me of my Grandmother. No, hold on, stay with me here. I remember on my last year at home before University, we went to visit my grandmother on Christmas Eve. All five of us. Someone put Shrek on TV and there we were. My immediate family. My grandmother and my Uncle. All just sitting there, enraptured by this movie full of quirky fairy tale characters.  To this day, whenever I see Shrek, I am reminded of that afternoon, visiting my Grandmother.
I recently received the Shrek 15th Anniversary Edition Blu-Ray and was viewing it with my girls. I was struck by how great the animation looked. It’s funny that a movie can be 15 years old and not seem dated at all.  In fact my girls were enraptured by it as I was the first time I saw it!
Win it:
One Frugal Mom Eh reader will win their own Shrek 15th Anniversary Edition Blu-Ray. Giveaway is open to residents of Canada & the USA and will close for entry on June 26, 2016 at 11:59 pm EST. See Giveaway Tools form for entry and T&C.
Entry-Form

15 years ago, I was still in university finishing my teacher education.

I was 23 and working as a medical secretary.

15 years ago I was working a full time job and getting ready to move into a new home.

15 years ago I was in University!

15 years ago, I was working three part-time jobs to equal one full-time job.