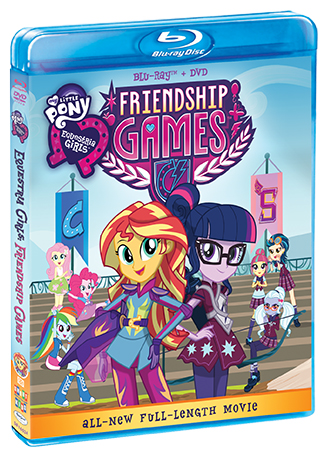 My Little Pony, one of the most popular television series on Treehouse TV, has a new full-length feature film being released Digitally, on DVD and via a Blu-ray/DVD/Digital combo pack in Canada on October 13th!  In the new release titled, My Little Pony Equestria Girls: Friendship Games, Canterlot High meets its rival school, Crystal Prep Academy, in a competition that’s a long-standing tradition – The Friendship Games: a series of exciting events that includes archery, motocross, and rollerskating!  Sunset Shimmer is tasked with keeping magic out of the games to keep things fair while she and her friends compete against Crystal Prep’s top students led by someone with an equal amount of interest in Equestrian magic – this world’s Twilight Sparkle. 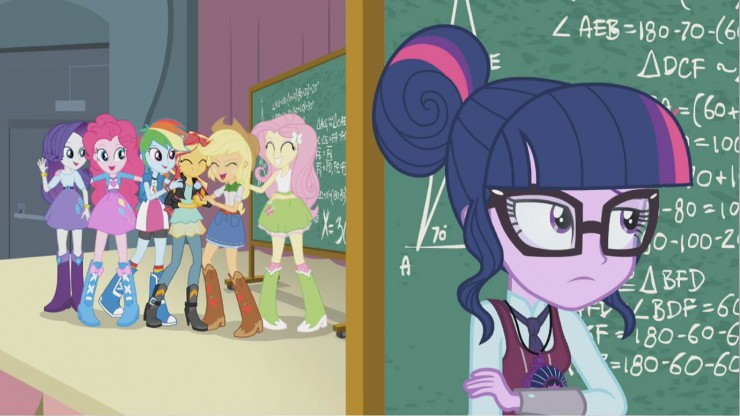 This is the third movie in the Equestria Girls series from My Little Pony and definitely my favourite.  I think the plot moves quicker and it felt like something was always happening.

It’s filled with plenty of songs that fit in with the storyline and characters, nothing really memorable but they are good.

Keira and Ava both enjoyed watching this movie, and I am sure we will be watching it again shortly!

I would give this DVD to my granddaughter :)

I would give this DVD to my sister. Her favourite character from MLP is Twilight Sparkle.

My sons would love this, and we like Fluttershy!

I will give this to my daughter, whose favourite MLP character is Rainbow Dash.