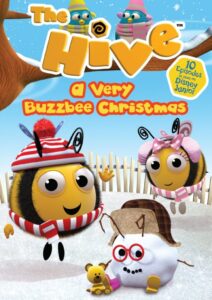 The Hive: A Very Buzzbee Christmas

Pint-size viewers will have a lot to bee excited about this holiday season when The Hive, the animated TV series for preschoolers on Disney Junior from Bejuba! Entertainment, comes to DVD and digital for the first time!

A Very Buzzbee Christmas features nearly 90 minutes of high-flying hijinks starring the tiny, stripy Bee family – Pappa Bee, Mamma Bee, Buzzbee, Rubee and Babee – as they buzz around the sky, take part in Honeybee Hive’s Harvest Festival of Lights and await the arrival of Pappa Christmas. The adorable new release captures all the most buzz-worthy themes of the popular series, including spending time with family, making friends, and finding out about the world and how it works. 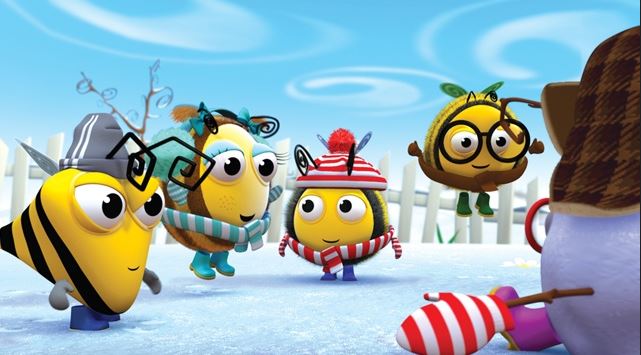 This DVD is all about Family, tradition, teamwork and compassion with a whole lot of fun thrown in to the mix.  Keira loved watching this DVD, probably thanks to the bright colours and interesting characters that are clearly easy for preschoolers to relate too.  Very entertaining and nicely animated, I just wish it played on Disney Jr here in Canada.

Curious what Santa Claus, his nine flying reindeer and the Elves do the other 364 days of the year? In The Secret World of Santa Claus: Elves in Toyland, Santa and his team are on search for the perfect toys for all the boys and girls on his Nice list. After sleighing around the real world, they journey into a place full of magic. There, they discover the evil Gruzzlebeard has cast a spell on all the toys, making them come to life. With Christmas rapidly approaching, Santa and the Elves must undo this evil spell before it’s too late! 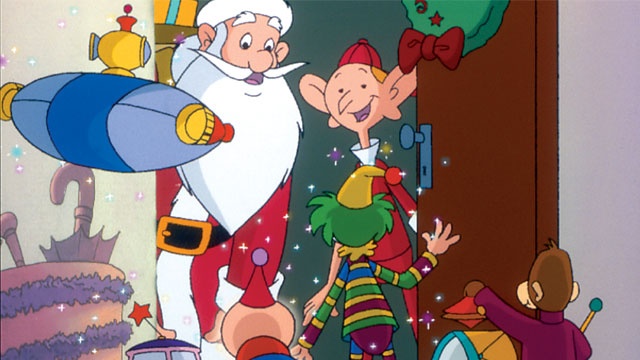 The Secret World of Santa Claus: A Present for Santa

In The Secret World of Santa Claus: A Present for Santa, there’s only one person on the planet who never receives any presents on Christmas – Santa Claus! That changes when the children from a nearby village meet with the Elves and work together to make Santa a gift. While they are working hard, the evil Gruzzlebeard unleashes two hungry termites on Santa’s house, and they almost succeed at eating it all. Just before they are captured, the termites eat Santa’s special suit that comes with magical powers. Feeling distressed, Santa awakes to a big present outside, courtesy of the children, who had their special gift planned when hope was almost lost.

DISC 1 (episodes 1-7): A Present For Santa / The Christmas Conference / The Story Of Trolls / Christmas For Dudley / The Return Of Santa Claus / The Tall Little Girl / The Teddy Bear 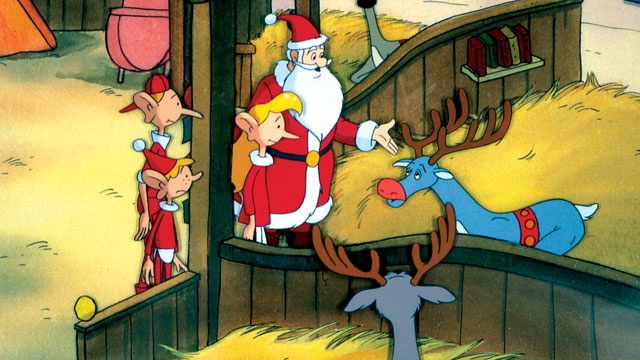 Kids and families will count down to Christmas with the DVD debut of the beloved Canadian sensation, The Secret World of Santa Claus! The two special two-disc sets each feature a dozen episodes of the timeless animated series.  These DVDs are a fun way for children to count down to Christmas!  Start a new family tradition by getting into the Christmas spirit and watch an episode a day throughout December!

Purchase The Hive: A Very Buzzbee Christmas from Amazon starting for only $12.95 and The Secret World of Santa Claus DVDs for only $14.95 each.

One Frugal Mom Eh reader will win a Cinedigm Holiday DVD Prize Package including The Hive: A Very Buzzbee Christmas, The Secret World of Santa Claus: Elves in Toyland and The Secret World of Santa Claus: A Present for Santa.  Giveaway is open to residents of Canada and the USA.  Giveaway closes on December 20th at 11:59 pm EST.  See Giveaway Tools form for Entry and T&C.
Entry-Form 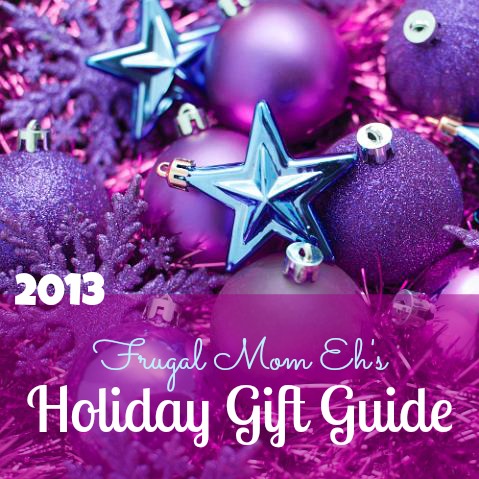 Disclosure:  I received the above mentioned book in order to facilitate this review.  All thoughts and opinions are honest and my own.

No. I don't, but my married daughter has for her family. Thanks.

We also have an advent calender with little toys in it.

we use an advent calendar

We have a snowman advent calender type thing that we bring out each year so my son can count down the days.