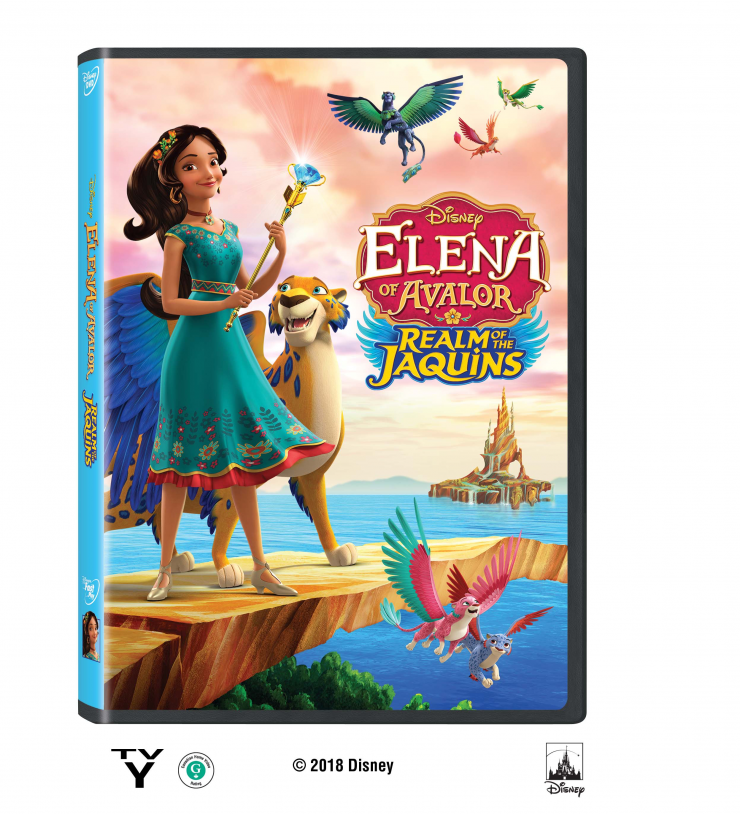 Join Crown Princess Elena as she soars through a hidden gateway into Vallestrella, the mysterious, dazzling domain of the jaquins. On the way there, she accidentally releases a mythical forest sprite that could endanger Avalor! Now Elena must find the jaquins’ magical, legendary Sunbird Oracle to save the kingdom! 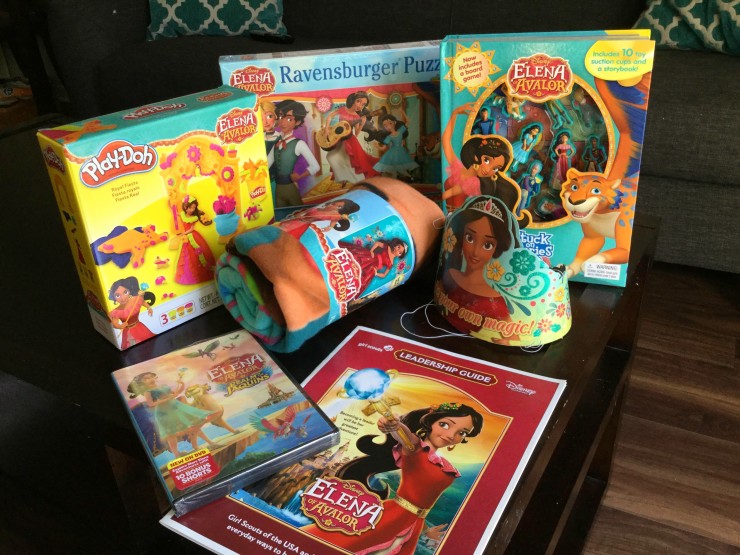 Their faces lit up when they saw what was inside the package when it arrived, aside from the DVD they were most excited about the Play-Doh Royal Fiesta set. That said, it wasn’t long before they were working on the puzzle and playing with the stuck on tales book while wearing their Elena tiaras too!

We also received an Elena of Avalor Girl Scout leader guide which you can download for free. 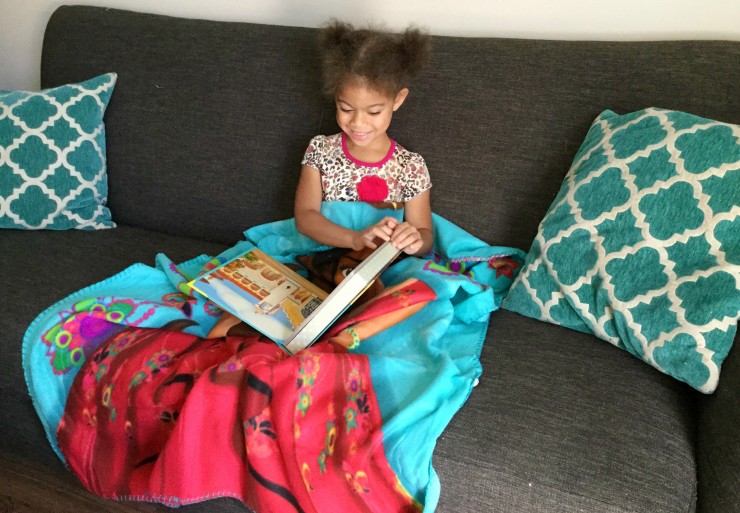 Keira and Ava decided they would need to take turns with the blanket – although its perfect for them to cozy up on the couch with together while watching Elena of Avalor!

The girls loved watching the episodes included in the DVD, and it was hands down their favourite part of the viewing kit. They can watch all the episodes and shorts over and over again quite happily. This is a must-have for any Elena of Avalor fan!

Enter for a chance to win an Elena of Avalor viewing kit for yourself (kit may include either blanket or a towel and may not be exactly as pictured). 18+, residents of Canada only. Giveaway closes for entry on August 23rd at 11:59 pm EST. See giveaway tools form for full t&c.

My granddaughter would love the Play-Doh set.

My granddaughter would love the movie.

My little Jade would love Elena dolls! Thanks!

She just loves Play dough so I think that would be her favorite part.

My niece would love the playdoh set